Travelers can rejoice, as it seems that the sargassum seaweed season is officially over in Cancun and throughout the Mexican Caribbean. Sargassum – an unsightly, stinky seaweed that washes up on beaches all over the world – has plagued the beaches of many American traveler’s favorite destinations throughout Mexico, making beaches unsightly and hazardous and, in many cases, ruining the much-sought-after vacations on thousands of arrivals. Thankfully though, the season has come to a close.

Sargassum is a naturally occurring phenomenon that’s both hard to avoid and hard to clean up. While it may not be particularly dangerous to travelers, the presence of sargassum doesn’t exactly help destinations live up to their white-sand, clear-ocean settings that we’ve come to expect over the years. Here’s a look at what sargassum is, how it has been a problem for Cancun and the Mexican Caribbean over the past few months, and why it’s now the perfect time to visit these destinations once again.

Sargassum Season Over – What Travelers Should Know

A stinky brown type of algae, sargassum washed up on the beaches of Mexico and various other Caribbean destinations in great volume throughout the past few months. Although it is harmless to humans, sargassum emits a strong odor as it rots, releasing hydrogen sulfide – a gas that has been compared to the smell of rotting eggs. Far from pleasant to anyone in the vicinity, it has the potential to be a real vacation ruiner.

Hotels and resorts work tirelessly to stem the tide of the stinky seaweed, often to no avail. Armies of workers are deployed on mornings to try to remove it from the beaches, whilst in the past local governments have tried various solutions such as calling in the military to help and installing large nets out into the sea in an attempt to control the problem and prevent travelers from choosing other destinations. Thankfully, however, the sargassum season appears to be behind us at last.

After almost half a year of suffering ongoing sargassum incursions on a huge scale, the beaches of Cancun are finally free of the plague at last. Authorities in the region cleaned up more of the seaweed from the beaches of Cancun this year than in any of the previous six years, and now travelers are left with the white, sandy beaches and azure blue seas that we’ve come to know and love from the charming city – just in time for a spot of winter sun.

Cancun isn’t the only country reporting relatively low levels of sargassum. About 70km south of the city, Playa Del Carmen also boasts a string of top beaches that are almost free of the invasive algae, giving travelers even more choices for vacations this winter. Despite sargassum wreaking havoc with the resort town’s busy summer season, a combination of hard work by those committed to cleaning the beaches and Hurricane Fiona have left beaches in a much better state than they have been for the past few months.

Hurricane Fiona, which recently battered several different countries across the Caribbean, has been cited as a large factor in the disappearance of sargassum. The hurricane’s effect on the currents in the region led to the algae being swept away from local beaches and further out into the Atlantic, offering Playa Del Carmen some much-needed respite from the troublesome seaweed – bringing an earlier-than-expected end to sargassum season. Now, according to the Quintana Roo Sargassum Monitoring Network, all of Playa del Carmen’s main beaches have reported low levels of sargassum.

Unfortunately, not every region has had the same luck. Beaches in the Riviera Maya area, such as Tulum, have reported moderate levels of sargassum, while the eastern coast of Cozumel still suffers from high levels at present. That said, with Cancun and the Mexican Caribbean reporting low levels of the virus, sargassum’s time as a threat to the vacations of thousands of travelers is now finally at an end, and we are free to enjoy their beaches once more. 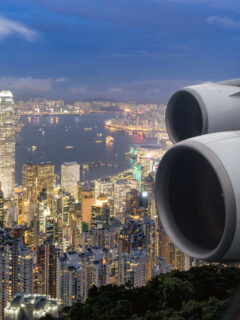 Previous
Hong Kong Will Give Away 500,000 Free Flight Tickets When Travel Restrictions Are Dropped 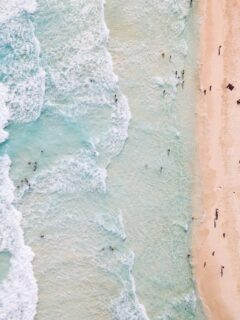 Next
Cancun and Playa Del Carmen Likely To Sell Out This Winter Despite Rising Prices
Click here to cancel reply.