There are 132 Magical Towns in total in Mexico, and defining the perfect road map to begin exploring can be a challenging task. Lucky for us, local travel magazine Despegar has ranked the ten most popular within the country, based on the preferences of Mexicans themselves. The list, which comprises ten pueblos, includes some old favorites… and a few surprises.

These ‘Pueblos Magicos‘ are among the trendiest destinations south of the border right now. Packed with centuries-old monuments and home to a rich heritage, they are recognized by Mexican authorities for being sites of outstanding cultural beauty and for their contribution to Mexico’s national identity.

We could certainly spend a lifetime traveling along the ‘magical route’ and unearthing all of its treasures, and the list below is an indication of where to start:

No one knows Mexico better than Mexicans themselves, and according to Despegar Mexico, whose editors have compiled a top ten of their favorite Pueblos, the number one town isn’t the colonial jewel of Taxco, nor Baja California Sur’s charming Todos Santos: instead, an unfamiliar, off the beaten path coastal village took the crown.

With the exception of Taxco, Tequila, and perhaps the up-and-coming Bacalar, these tourism centers would rarely feature on the average American’s Mexico bucket list. A prime example of that is Mazunte, the leading destination situated on the Southern Pacific Coast and known for its sandy, over-development-free beaches.

Here, guests who are also surfers can catch some of the most epic waves in Mexico, visit a turtle sanctuary, where conservation and rehabilitation work is carried out, and even whale-watch. Unlike others ranking lower on the list, Mazunte’s strongest assets are its pristine nature and laid-back atmosphere, qualities the rivaling Tulum no longer enjoys.

In fact, Tulum, perhaps America’s best-loved Magical Town, misses the list entirely. At number two, Pátzcuaro has attained prestige as an ancient hub, founded as early as the year 1320 by the Purépecha people. Naturally, from the arrival of the Spaniards, the aboriginal civilization and its structures were toppled in favor of colonial architecture and Christian symbols.

Today, this city in Michoacán is still home to a well-preserved historical district, with your usual cobblestone streets, Iberian-inspired churches, and red-tile roofs. Rounding out the top three, the Pacific village of Sayulita is famous for its surfing scene – much like Mazunte – marine wildlife, and the indigenous Huichol people.

Colonial Cities Make Up Most Of The Top Ten

As expected, the rest of the top ten is dominated by colonial settlements and landmarks, some dating as far back as the 1500s, such as the number ten-charting Xitlita. The aforementioned Taxco and Bacalar are the fourth and seventh most popular, respectively, while the equally renowned Tequila in Jalisco enters at number six.

Looking at this selection, one thing is clear to us: Mexicans are going where foreigners have not yet taken over and that have managed to retain their unique character. As Despegar reports, these 132 Magical Towns comprise 13% of the tourism offer in Mexico: they have up to 4,675 accommodation providers and 110,697 rooms available collectively.

The alpine town of Arteaga, established following the Spanish Conquest, illustrates this phenomenon: a fast-growing domestic destination, it has earned the nickname of ‘Mexican Switzerland’ due to its quaintness, the snowy peaks that surround it during the winter period, and its wooden cottages – yet many Americans don’t even know it exists.

In the words of Despegar‘s country manager Alejandro Calligaris, ‘it is interesting to see how Mexican travelers seek to explore national destinations that are not necessarily the traditional ones’. Mr. Calligaris believes this helps national tourism ‘diversify’ amid the ongoing threat of over-tourism and promotes Mexico’s ‘cultural richness’. 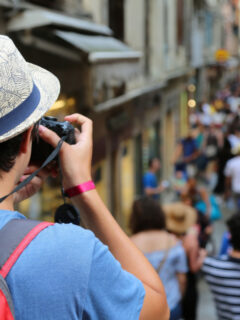 Previous
10 Destinations You Should Not Visit In 2023, According To Travel Experts 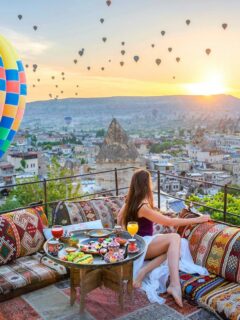 Next
Top 10 Destinations Where Your U.S. Dollar Will Go Furthest In 2023
Click here to cancel reply.