2022 has been an incredible year for Cabo. Home to countless natural wonders, including San Lucas’ landmark arch, and a lively social scene, it is winning the hearts of Americans who are eager to escape the Mayan Riviera’s party scene and overcrowding. As a matter of fact, it has officially become Mexico’s second most visited beach destination.

Cabo is a dual destination sitting on the tip of the Baja California peninsula, comprising the cities of Cabo San Lucas and San Jose del Cabo. Due to its proximity to the U.S. state of California, and the excellent flight connectivity, it had always been the go-to international destination for West Coast residents, but now its notoriety is increasing in other groups as well.

In total, The Capes have welcomed 30% more tourists this year than they did in 2021, a number bound to rise even further as the cold creeps in:

Los Cabos International Is The Third Busiest In All Of Mexico

According to a report issued by Sectur, Mexico’s Secretary of Tourism, the Cabos International Airport hit the 1.7 million mark for international arrivals between January and October of this year, representing a 30.8% jump from the same period in 2021. This is certainly great news for local tourism after historical lows were registered during the pandemic era.

Unlike Cancun, which remained busy throughout most of the health crisis, Cabo did see numbers dwindle, even if only slightly, as restrictions applied by other countries, in particular the U.S. and Canada, discouraged visitors from taking trips abroad. Now that we’ve entered the endemic phase, however, Cabo is smashing the records it had previously set in 2019.

Based on Sectur’s figures, Los Cabos International is now the third busiest in Mexico, behind Mexico City (3.4 million arrivals) and Cancun (7.7 million). Effectively, it means the Capes are now the second most sought-after beach destination in all of Mexico, surpassing Puerto Vallarta, Cozumel, Mazatlan, and other coastal competitors with a major airport.

Cabo Is At The Forefront Of Mexico’s Tourism Revival

Cancun, Mexico City, and Cabo are the flag-bearers for Mexico’s tourism revival, accounting for up to 12.9 million international arrivals, still based on Sectur’s latest available data. Los Cabos International serves as the main gateway to Baja California Sur, located a short 8-mile drive from San Jose del Cabo and about 23 miles from its twin destination, Cabo San Lucas.

Looking deeper into arrival stats, we can see Cabo is definitely gaining ground – and quickly bridging the gap between itself and Cancun, Mexico’s number one hub currently. There’s no denying Cancun is the absolute leader in booking trends, being predicted to sell out for the season to come; yet, interestingly enough, it is recovering at a much slower pace.

Back in August, Cancun had grown by a mere 10% compared to 2019, the reference pre-pandemic year. Cabo, on the other hand, far exceeded expectations by posting a 24% increase. This may be attributed to its rising popularity among the general public, as opposed to drawing in tourists from the already-consolidated Californian market only.

Californians continue forming a majority (68% of visitors hailed from Los Angeles so far), but Cabo is also becoming a trendy name in other Southern states, especially Texas, and even Canada, with 19.3% more airplane seats projected for the latter throughout winter. Cabo has never been hotter than it is now, both figuratively and literally.

What Is Cabo So Trendy Right Now?

Part of the reason why the Capes enjoy such prestige is their wellness-centered promotion. Unlike the Riviera Maya, which has been nicknamed Mexico’s party central due to a controversial jungle rave culture, they are generally perceived as more family-friendly. Here, authorities have focused instead on ‘the environment, community, and culture’.

Often touted as the wellness capital of Latin America due to the presence of numerous ‘holistic’ beachfront retreats and spas in the area, it is somewhere you’d go for relaxing and to escape the hustle and bustle of the big cities. Yes, there are still plenty of bars and nightclubs downtown, but the local partying can hardly be described as ‘Tulum’ wild.

Additionally, Cabo has received a well-deserved accolade at the 2022 Travvy Awards as Mexico’s top tourist destination, recognized by its natural beauty, high levels of safety – 69.3% of residents consider it safe – and receptiveness to digital nomads. To sum it up, it’s hard to find reasons not to love the jewel of the Pacific. 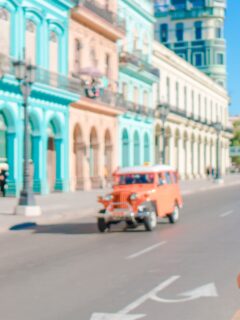 Previous
U.S. Warns Americans Not to Drink The Tap Water In These 10 Popular Destinations 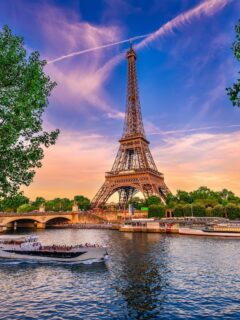 Next
France Bans Shorthaul Flights From Paris To These 3 Destinations
Click here to cancel reply.