Warren Schlosser received a hero’s welcome in Mazatlan, Mexico after traveling over 5000 kilometers by wheelchair from his home in Calgary, Canada.

A trucker for more than 40 years, Schlosser was involved in a serious highway crash in Utah in 2006, leaving him confined to a wheelchair.

Schlosser wanted to demonstrate that disabled people were capable of amazing things and that is when ‘Warrens International Trek for Awareness’ was born. It was a project three years in the making after extensive training and research.

“It's an effort to demonstrate that disabled people can still do amazing things, reach beyond their limitations, and function in society in productive and meaningful ways.”

Along the way he hoped to raise money for six charities, two for each of three countries he visited — Canada, Unites States and Mexico.

Schlosser trekked through the three countries in his manually propelled titanium wheelchair battling wind, rain and intense heat along the way. His journey began on July 1st when he left Calgary with his service dog “Luna” and rescue cat “Taquito” by his side.

Jed Vaughn, a friend of Schlosser, travelled with him on the trip in a motor home. The pair slept in the R.V at the end of each day and Vaughn documented the journey along the way on Wheelchair Warren’s Facebook page.

Schlosser averaged between 30 to 40 km per day and arrived in Mazatlán, Mexico ahead of schedule on Wednesday afternoon to conclude his 159 day journey.

Hundreds of people gathered at the finish line to greet Schlosser and give him the hero’s welcome he deserved. The crowd was compiled of Canadian expats and Mazatlán locals that had all been inspired by his Trek.

Members of the local media, the Mayor of Mazatlan, a military band and hundreds in the crowd greeted Schlosser at the finish line where the famous boardwalk had been closed for the day to welcome him to the city and finish line. 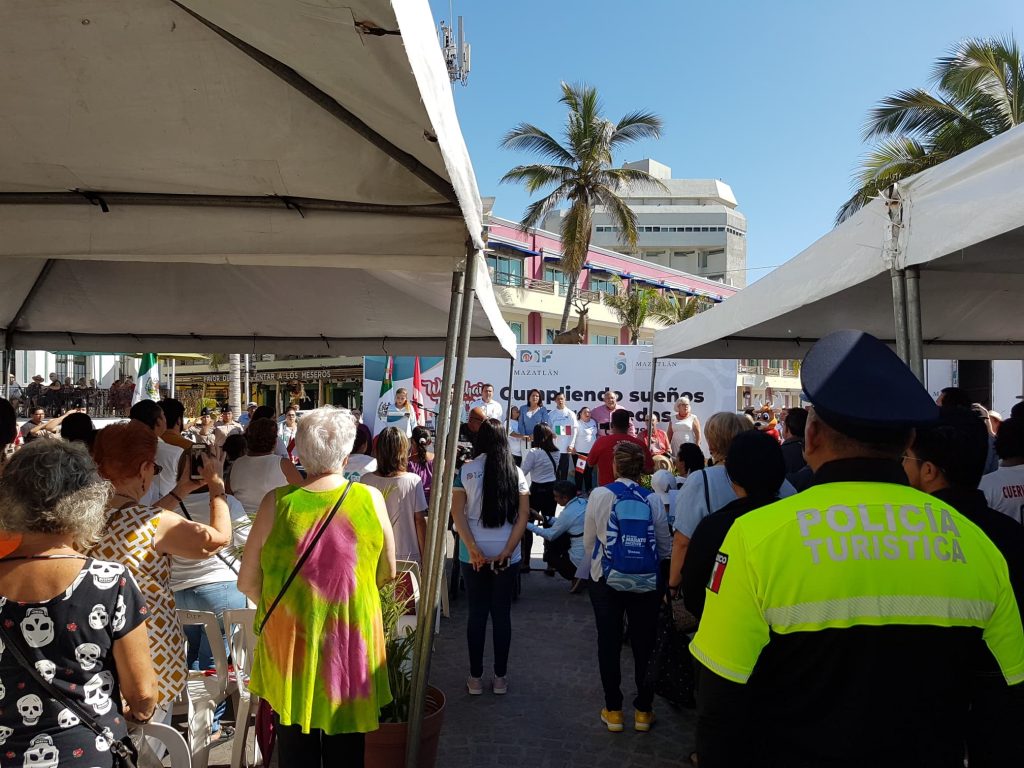 In an interview with Travel Off Path, Warren Schlosser said that “the hardest part of the journey was the wind.”

In Nebraska high winds forced Schlosser stop the trek and recoup for three days after losing over 10 pounds in a week. 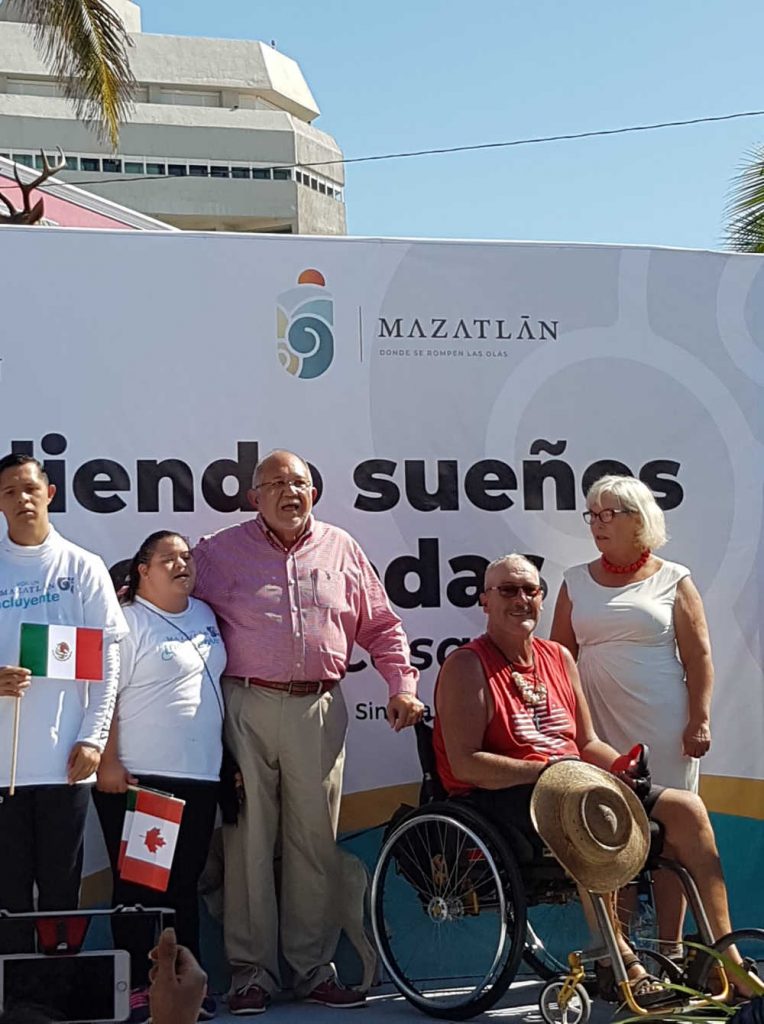 ‘Wheelchair Warren’ said the biggest shock of the trek came when he arrived at the finish line in Mazatlán.

Warren’s International Trek for Awareness was raising money for 2 charities in each of the countries he traveled through — Canada, United States and Mexico.

Fundraising came up short on the GoFundMe page raising just over $8000 of the $100,000 that Schlosser had hoped for the charities.

Several Canadian Expats in the Mazatlán community were dissapointed with the Canadian media and the City of Calgary for not giving the Trek for Awareness the attention or the send off it deserved.

One commenter on the GoFundMe page voiced his frustration:

"Us Calgarians have been missing the boat! We’re so caught up in our little problems, Mexico is giving him a way better reception than we did a send off."

At the end of the day, ‘Wheelchair Warren’ inspired thousands of people by his Trek for Awareness and is very proud of what he has accomplished.

The six charities that The International Trek For Awareness is raising money for are:

There is still time to donate to Warren’s International Trek for Awareness on his GoFundMe Page.

You can also check out more from the journey on his website: Wheelchair Warren 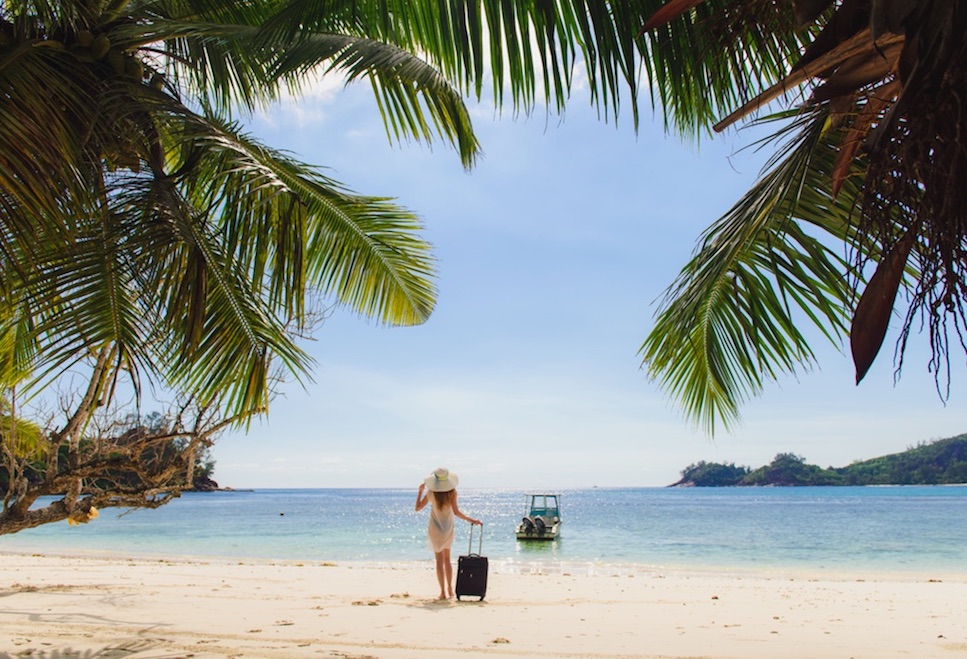 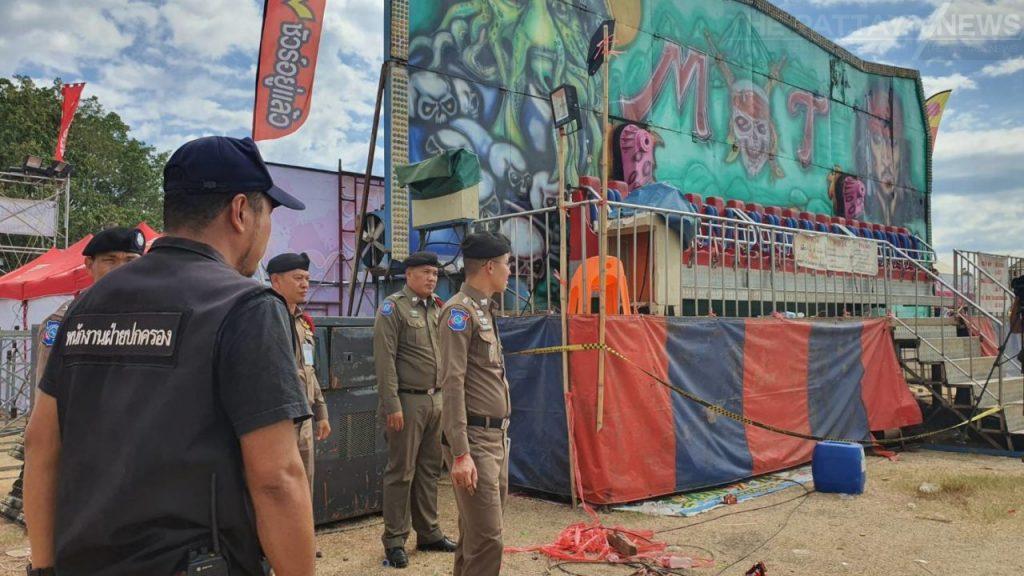