The conception of vaccine passports is one that is rapidly gaining notoriety as days pass and vaccination becomes the norm.

While Prime Minister Justine Trudeau has explicitly stated that Canada will not be seeking to pursue mandatory vaccinations, Canadian business entities are now beginning to express a demand for vaccine passports.

The notion of a vaccine passport, a means to verify the vaccination status of an individual, has been conceptualized since the early days of the pandemic and is now actualized as observed through nations around the globe.

The Canadian Chamber of Commerce says that the nation needs to begin a discussion to decide whether and how the system should be implemented at Canadian borders.

The entity’s President and CEO, Perrin Beatty, in reference to jurisdictions around the world adopting digital immunity verification practices, said “We should have a discussion … now, rather than waiting until the rest of the world develops their systems,” reports The Star.

However, Beatty noted the inherent challenges, including ethical, technical, and otherwise, that arise with such a practice.

While advocates revere vaccine passports to restart travel and lift lockdowns, critics warn of the potential threats to privacy and the creation of a two-tier society – the vaccinated and non-vaccinated.

As the scheme was initially rooted for the facilitation of international travel and medical uses, it is beginning to appear to serve a broader purpose, such as getting a job or going to the theater, as evidenced by a statement from Ontario’s Health Minister.

Ontario has implicated constraints posed on those who opt out of vaccination, stating that travel and access to communal spaces could eventually be restricted.

The province’s Health Minister, Christine Elliot, said residents who have received the vaccination will have a document to prove it, adding, it will be “essential”.

“That’s going to be really important for people to have for travel purposes, perhaps for work purposes, for going to theatres or cinemas, or any other places where people will be in closer physical contact when we get through the worst of the pandemic,” Elliott said.

According to a privacy lawyer from Toronto, “We must put out of mind entirely the notion of making the provision of services contingent on proof of immunity.”

“The requirement to carry some form of post-vaccine certificate in order to fully participate in a re-opened society is an unacceptable violation of civil liberties. Such requirements are ripe for backsliding towards discrimination and stigma, as well as creating inequitable outcomes globally, with the harms arising far outweighing the purported benefits,” said Allan Richarz.

Privacy activists further argue that such passports jeopardise the fundamental rights of citizens through divisions of health status and discrimination while further enabling extensive health tracking.

Meanwhile, EU leaders affirmed the development of a ‘digital green pass’ while its governing body the European Commission is to publish the proposal by mid-March.

Those obtaining proof of immunity, in theory, will be able to move freely and bypass mandatory restrictions such as quarantine.

Countries across Europe are adopting the practice, with Denmark just a couple of months away from executing.

Israel was the first to launch its version of a digital passport, coined ‘Green Pass’, eligible upon receiving two doses of vaccine and allowing participants to access public facilities such as gyms, restaurants, and concerts.

The prime dilemma is centered around privacy concerns and ethical standards. Considering limitations due to medical reasons and accessibility, boundaries would need to be set to determine exemptions. Even something like digital access divides existing equalities.

Furthermore, scientific data is fundamental in exploring the use of vaccine certificates to reopen borders and economies, as it is yet unknown whether vaccinated individuals can still transmit the virus.

Legal data protection and privacy terms need to be acknowledged in reference to respect for private lives, which incorporate the security of personal health information and biometric data.

On technical grounds, in order for a vaccine passport to be an internationally accepted tool, there would need to a standardized system encompassing all borders, similar to that of the original passport. 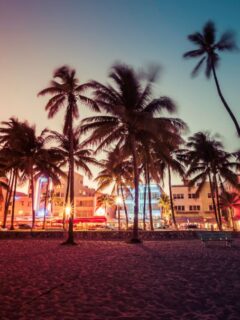 Next
Seychelles Reopens Tourism For All Countries
Click here to cancel reply.

I actually LIKE the idea. Society is ALREADY a 2-tier society: black & white, rich and poor, homeless and not, cisgender or transgender, man or female, blah blah blah. The economic & psychological benefits of allowing more people to travel & be productive to society enormously outweigh the costs of being politically incorrect & hurting a few feelings.

Besides, this would be a temporary measure! As more time passes, more people will qualify for and receive vaccines and be able to rejoin society. No need to be jealous of those who've gone first--they were prioritized for a REASON. I understand that some vaccines have not yet been proven to reduce transmission. Well those should not be apart of the vaccination passport! Pfizer has new data showing a huge reduction of transmission (90%?), and should be included, however. The entertainment industry cannot afford another year without booked concert venues & Broadway shows. Nor can our economy. People will be upset but millions will keep their job and others will find just enough joy in their lives to decide not to end it. Vaccination passports are VITAL.

How is this even a discussion?! 99.9% survival!!!! Can't wait for all the black market doctors..I would pay thousands to have a document without the injection! Anyone who agrees with these passports or mandatory vaccines deserves nothing more than a walk out back. I am disgusted with the human race and I have zero hope for this planet. At this point I hope an actual virus comes along and wipes our species out. I'm just angry now and after everything I've seen this year there is only one word to describe homosapiens and that is 'stupid.'

This really annoys me. Governments won't make vaccinations mandatory,but they don't need too as all the propaganda and scaremongering has frightened people into having one, and now those people are turning on those that choose not too. What is the point of vaccines passports for a vaccination that doesn't stop you catching or contracting covid,but may offer protection if youre own immunity is down. People need to wake up to this global control,and not get this vaccine "just to go on holiday"

@Graham Hayward, yes this is so frightening, why are people so complacent with everyone's human rights???

This is just plain wrong and a violation of our human rights, bodily autonomy and privacy

I would hope this is an area where the USA and the Biden Administration would take a lead. Enabling the travel and hospitality sectors to restart globally and safeguard jobs as well as health and safety is surely the sort of activity they should be enabling. The sheer volume of US travel by Air makes it a heavy hitter and being an early adopter, de-isolating the USA, would allow for privacy and other legal concerns for US Businesses and Consumers to be addressed.