Ultra-low-cost airline Swoop announced on February 15 their presence expansion to the United States. Starting in May, five new destinations will be added to their non-stop routes, and they will also include additional seasonal services. In total, 11 Swoop routes will be connecting Canada and The United States this 2022.

Bert van der Stege, Head of Commercial & Finance at Swoop, declared feeling very excited about adding new major cities as part of their planned growth for Swoop in 2022. He also explained more about the company’s expectations: ​​“As Canada’s leading ultra-low-cost carrier, we are growing our fleet, expanding our network, and adding service to existing destinations to ensure we are ready to meet Canadian’s pent-up demand for travel experiences south of the border.”

Swoop’s airfares start as low as $78 ($99 CAD) connecting US destinations to their three main Canadian bases: Toronto, Edmonton, and Hamilton. Travelers can already start booking flights and do it as soon as possible since the ultra-low fares are limited.

More About The New Routes US-CA

The new routes have caused a positive impact in the US. Charles Everett, General Manager at the John F. Kennedy International Airport (JFK) declared:  “John F. Kennedy International Airport is delighted to see five new, non-stop flights to Toronto beginning later this year. This new route will provide customers with more affordable flight options when traveling to the NYC region.”

Swoop will be soon serving a total of 33 new destinations by summer this year. Travelers should make sure to see the flights availability, especially considering the seasonal flights, and always revise current Covid restrictions on every destination.

Passengers who take ultra-low-cost routes know that these flights don’t include services that are considered “basic” in other airlines’ services. The right to choose a seat, include checked bags, get refreshments, or Wi-Fi, is usually charged for an extra cost in low-cost flights.

Despite the extra costs, travelers seem to be eager to travel this year, and Swoop Airlines has considered their customer’s needs. The company assures that the passenger numbers and bookings have significantly increased, and since more than 30.5 million Canadians are fully vaccinated, they forecast a very busy summer. 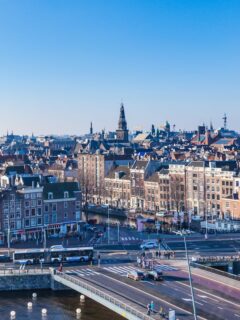 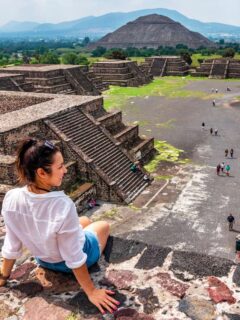 Next
What You Need To Know Regarding Your FMM Tourist Visa While Visiting Mexico
Click here to cancel reply.