Canadians Can Now Fly Nonstop To A Restriction-Free Thailand

Breaking a decade-long hiatus, a vital route between North America and one of Asia’s busiest hubs has finally been re-established. Beginning this winter, Canadians will be able to fly nonstop to Thailand from Air Canada’s base in Vancouver, avoiding long, unnecessary layovers in other countries.

On top of that, they are exempt from any health restrictions when flying.

For more than two years, Canadian citizens lived under duress as Ottawa resorted to the most draconian of measures to stop Covid from spreading, including banning the unvaccinated from flying. Elsewhere, numerous countries, notably in Asia, also shut their doors to them in a never-ending cycle of restrictions that brought international tourism to a halt.

Fortunately, the dark days of the pandemic are behind us, and now that normality is back, demand for travel in Asia is at an all-time high:

Vancouver To Bangkok In Under 16 Hours

After ten years since the original service was axed, nonstop flights between North America and Bangkok, the capital of Thailand and one of the world’s leading tourist destinations, are once again up and running, except this time, no mega-hubs in the U.S. were favored. Instead, Vancouver International (YVR) in Canada was chosen as the departure point.

On December 1, exactly at 11 p.m. Pacific Standard Time, the Air Canada flight AC65 set off on a 15h55min journey to Bangkok (BKK), arriving at the destination on December 3, local time, at 5:55. It marked the inaugural operation between Canada and Thailand and the start of a new era in North American-Southeast Asian connectivity.

The seasonal route will see flights depart four times weekly between December 2022 and April 17, 2023, on a Boeing 787 Dreamliner. Further details can be found below:

Fares for a one-way journey start at CAN $1427 one-way in Economy, going as high as CAN $5663 for a lie-flat Business Class seat. During the December 1 debut, Air Canada’s Senior Vice President of Network Planning and Revenue Management, Mark Galardo, was quoted saying they are ‘extremely pleased’ to launch their first nonstop service to Southeast Asia.

Thailand Open For Tourism And Business As Usual

Previously, Thailand’s national carrier Thai Airways operated Los Angeles-Bangkok flights, though these were discontinued from 2012. The fact that North Americans – more specifically Canadians – once again enjoy direct links to the region is a remarkable feat in itself: for most of 2020 and 2021, Thailand remained sealed off from the outside world.

As it attempted to keep Covid variants from being imported to the national territory, the Asian giant began requiring tourists to apply for an entry permit under a number of quarantine programs, commonly called ‘Sandboxes’. These were enforced in all of Thailand’s main points of entry, such as Bangkok and Phuket.

Thailand’s border regime suddenly became one the strictest in the world. Under the defunct rules, Canadians were expected to pay in advance for their mandatory quarantine, submit a negative test prior to flying, and remain in isolation at a designated hotel for a whole week, at the province of arrival, before being allowed to travel to other parts of the country.

However, in late September, Thai authorities acknowledged Covid no longer posed a threat to public health and removed all entry curbs, sending shock waves across the whole of Asia, Southeast and East, where similar border procedures had been maintained. Following in the footsteps of Thailand, Japan reopened a couple of weeks later, as did Cambodia.

Flying to Bangkok from Vancouver, Canadians are no longer subject to health screenings or any of the old hard-to-meet requirements:

In spite of the relaxed atmosphere, Canadians must still ensure they observe Thai immigration rules. While they do not need a pre-departure visa to board their flight to Bangkok, they are reminded visits to Thailand cannot exceed 60 days, though immigration officers will normally grant Canada passport holders a 30-day entry stamp at the airport.

Those wishing to extend their visit must apply for a 30-day extension at a local immigration office in Bangkok or other provinces where they are available. Residents of Canada who are not Canadian citizens must verify in advance they are eligible for visa-free travel to Thailand. More information on Thai visas can be found here. 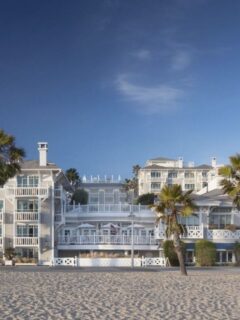 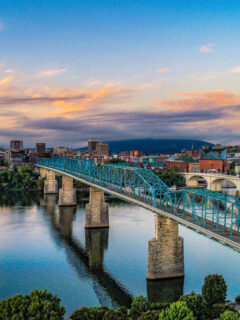 Next
This Is The Top Trending Destination In The U.S. This Winter, According To TripAdvisor
Click here to cancel reply.

We had a non stop flight booked to return from BKK to YVR on April 5 but it was altered by Air Canada to now be a 1-stop flight. The last non-stop flight is March 26 from BBK to YVR NOT April 17 as you story states. Wish it was!