This Is The Top Trending Destination In The U.S. This Winter, According To TripAdvisor

The holidays are upon us, and while millions of Americans will be flocking to the sunny Caribbean in hopes of escaping the bitter cold, others are fully embracing winter and opting instead to travel domestically this year. In fact, a small city in the South Central U.S. has recently been named by TripAdvisor the top trending domestic destination this season.

International travel is getting more costly as uncontrolled inflation leads to price hikes across the industry, and more countries turn to the luxury segment and big spenders to revitalize their hard-hit economies. Fewer families are able to splurge on a week-long, all-inclusive vacation in Cancun, and ‘staycations’ are suddenly becoming more alluring.

For those keeping it local for their long-awaited yearly break, the beckoning ‘Scenic City’ could be a great pick:

A Tennessean Capital Of Culture

At last, the popular online travel booking platform TripAdvisor has released its compilation of the trendiest winter destinations in the U.S. for the late 2022-early 2023 period, and they have reached a surprising conclusion. Effectively, experts looked at data from a cohort of fast-growing cities, namely those that are searched the most and get the most clicks.

Contrary to popular belief, the seasonal faves of Orlando and Miami are not leading booking trends this year (at least on TripAdvisor). Plagued by soaring hotel fees and overtourism, they have officially resigned the crown to the lesser-known Chattanooga in Tennessee, best known as the ‘Scenic City’ – a most befitting title.

A historical 19th-century settlement set against the dramatic backdrop of the transition zone between the Ridge-and-valley Appalachians and the Cumberland Plateau, it serves as a gateway to nature and regional cultural capital. ‘Nooga,’ as it is called by locals, had a crucial role to play during the American Civil War.

It provided the stage for the defining Chattanooga Campaign, which saw the defeat of Confederate General Braxton Bragg, and the weakening of the break-away republic then known as the ‘Confederacy’. Moreover, Nooga owes its historical importance to its strategic location on the banks of the Tennessee River and the vital rail links that flowed into it at the time.

Today, it is celebrated not only for its host of Civil War landmarks but an extensive list of museums paying homage to the region’s rich history, such as the Tennessee Valley Railroad Museum, the International Towing and Recovery Hall of Fame and Museum – the tow truck was first popularized in Chattanooga – and the African American Museum.

Other than soaking up the History, visitors can enjoy a 13-mile scenic walk alongside the river, practice wildlife observation at the Zoo, visit the Tennessee Aquarium, one of the best-rated in the entire country, and stroll the charming North Shore district, where several local businesses, including family-owned restaurants and boutique shops, are clustered.

Additionally, tourists have the opportunity to take day trips out to Rock City, a natural landmark in Lookout Mountain. The experience includes a ride on a now-iconic funicular, which ascends to the mountaintop from its base in the St. Elmo Historic District. Reaching the peak, they can marvel at the view from the lookout and visit the Battles for Chattanooga Museum.

The Lookout Mountain is listed by TripAdvisor as a must-see attraction, mainly due to its advantageous geographical location. From the elevation, seven different states are visible to the naked eye: Tennessee, of course, neighboring Georgia, North and South Carolina, Kentucky, Virginia, and Alabama.

When it comes to Christmas lights, Nooga is also giving New York a run for its money:

Much like the East Coast metropolis, where the yearly decorations have become an attraction in their own right, several points of interest across Nooga are bedecked with ‘millions of lights’ as part of the Holiday Trail of Lights initiative. It is accompanied by Santa sightings, ice rinks, open-air Christmas events, and a ‘snowflake-strung’ Walnut Street Bridge.

Lastly, TripAdvisor editors mention no winter trip to Chattanooga is complete without a journey aboard a heritage caboose at the Tennessee Valley Railroad Museum. Options include the North Pole Limited Christmas Train and the Holiday Christmas Lights Train, both offering ‘majestic mountain vistas’ to a festive soundtrack.

How To Get To Chattanooga From Other U.S. Cities

Chattanooga is served by a small airport hosting flights from select U.S. hubs. They are listed below:

Alternatively, tourists can fly into Nashville, the capital of the state and its main point of entry. From there, there are several buses and trains departing every hour for Chattanooga. Traveling by road, the journey averages 2 hours, though the train is slower, reaching up to three and a half hours on certain routes.

Other U.S. Destinations Trending This Winter

The Tennesseean gem may have stolen the limelight this year, but TripAdvisor lists a further nine domestic destinations Americans are considering for their winter break: 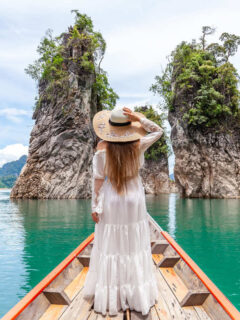 Previous
Canadians Can Now Fly Nonstop To A Restriction-Free Thailand 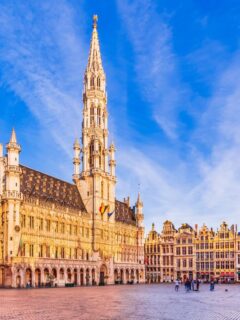 Next
These 5 Popular European Destinations Have The Highest Rates Of Theft
Click here to cancel reply.

Don't know why anyone would want to visit Minneapolis in the Winter OR summer. For a number of reasons.