Cancun Now Has 38 Nonstop Flight Routes From The U.S. As High Demand Continues To Surge

An absolute leader in booking trends, Cancun boasts air links to a whopping 38 cities in the United States, asserting its status as the main entry point into Mexico for American sun-seekers, and the most sought-after destination in the Caribbean. This winter alone, 9 million airline seats have been made available, 38% more than the record season of 2019.

Crown jewel of the Quintana Roo state, Cancun has proven time and again the competition doesn’t stand a chance against its splendor. Packed with all-inclusive resorts lining a spotless coastline with the clearest of waters, historical ruins pre-dating America’s foundation by centuries, and beautiful beachfront restaurants, it is simply the quintessential Caribbean vacay.

Luckily for U.S. citizens, flying to Cancun has never been easier, as every major airport Stateside strengthens their connection with the southern hub:

41 Flight Routes Available From The U.S. This Winter

According to the latest data by ASUR, an acronym for Grupo Aeroportuario del Sureste, a Mexican airport operator, all three airports in Quintana Roo are experiencing a surge in demand, reporting a growth of 40% in new routes between January and November. Naturally, the busiest airport, and the state’s best-connected at that, remains Cancun International.

More crowded than ever, with both families and young solo travelers alike landing in droves in search of some winter sun, it will host 41 direct flights from 38 different departure points in the U.S. during the colder period, followed by 26 domestic routes, and 19 others originating from Europe, notably cities in Spain, France, and the United Kingdom.

The complete list of U.S. cities offering nonstop flights to Cancun this winter can be seen below in full below:

Cancun Flights Are Some Of The Most Affordable

Some of the cheapest flights leaving from JFK Airport in New York start at $153 one-way with American Airlines, while Economy fares from Houston are as low as $103 for late January (Spirit). Chicago and Atlanta are also served by low-cost companies, with Frontier fares averaging $144 and $104 from Chicago (ORD) and Atlanta (ATL), respectively.

At the current rates and flight frequency, Cancun is perhaps the cheapest and easiest international destination to reach from the mainland U.S. As demand skyrockets, we expect airline competitiveness to increase in response. This would normally be great news for tourists, as fare wars often see carriers battling it out for the most attractive prices.

Dallas-Forth Worth offers the most flights out of any, though getting to Cancun from anywhere in the U.S. is still pretty straightforward. Even those who do not live in a city where direct flights are available will face no difficulties finding viable alternatives, as a majority of smaller U.S. airports are linked to at least one major hub, such as JFK or ORD.

In other words, Cancun is hot right now, and it’s showing no signs of slowing down after breaking its all-time record for the most operations in a single day, earlier on December 3. In total, 660 landings and takeoffs were recorded on that date, surpassing the previous peak of 659 on March 31, 2018 by a single operation.

A sizable number of those is attributed to U.S. arrivals, who are Cancun’s most valuable customers. Between January and June of this year, Americans already made up the bulk of foreign visitors to Cancun, or up to 59.8% of all international travelers, prior to the end of sargassum season, and during some of the city’s most tumultuous months.

The year-end results could be even more surprising, as latest projections point to hotel rooms selling out. Currently, occupancy rates have fluctuated between 90% and 95%, making Cancun a fast-recovering destination in Mexico in the post-pandemic scene, and one-third of the country’s official triad of world-class destinations, as defined here. 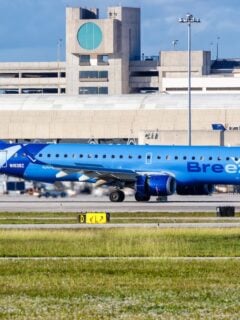 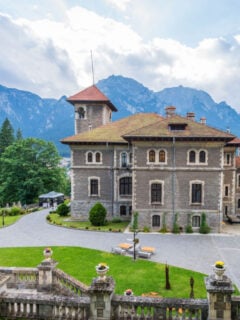 Next
7 Reasons To Visit Romania Where Netflix’s Hit Wednesday Was Filmed
Click here to cancel reply.