Breeze Airways, the American low-cost airline, has recently announced new routes for 2023. The airline—headquartered in Cottonwood Heights, Utah— will add over 20 new routes across the United States.

The carrier has been expanding its services rapidly since it launched operations in 2021 and is offering American travelers cheap flights and special itineraries. The new services will begin in March 2023. To celebrate, the airline has a promotion with very low fares starting at $39. To take advantage of the current sale, travelers must book by December 13 at midnight.

Breeze Airways now offers customers 119 nonstop routes between 35 cities across 20 states. Here’s what travelers should know about the new routes and the services provided by this airline:

The low-cost airline is connecting 14 cities with the new itineraries, including previously unserved routes and connecting the east and the west coast. There are the new routes and starting dates:

According to the information shared on Travel Weekly, the new routes will be served on Breeze’s Embraer 190 and 195 aircraft or its Airbus A220-300 aircraft.

The company carried out a strategy of serving certain unattended routes as well as other popular routes and it has been successful. “Breeze always looks for underserved routes where we can add nonstop flights, low fares, and our brand of Seriously Nice service,” said Breeze President Tom Doxey.

Just a few months ago, Breeze Airways was considered the second-best domestic airline by Travel + Leisure. The low-cost market has been very competitive in the United States, considering other popular low-cost airlines like Frontier—which recently offered a GoWild! Pass for unlimited flights— and Spirit.

The carrier has stood out in the market for:

Breeze Airways offer three types of ticket fares: nice, nicer, and nicest. Travelers must remember that, as with other low-cost carriers, bags and certain services might not be included in the price and are considered an extra fee.

The carrier only serves routes within the United States but might serve international routes in the future, like Frontier and Spirit. Breeze Airways has already mentioned that they will announce new routes in the upcoming months. 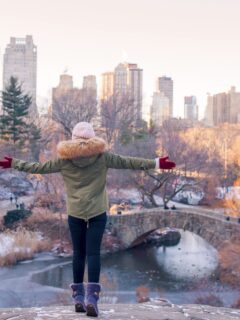 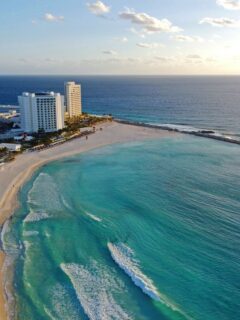 Next
Cancun Now Has 38 Nonstop Flight Routes From The U.S. As High Demand Continues To Surge
Click here to cancel reply.

Thanks for the information, Andrea. Good article and very good pictures. Too bad Breeze Airways doesn't fly into busy JFK, LaGuardia or Newark -😉.