Breeze Airways, a new low-cost airline which launched operations back in May 2021, is looking to do a MASSIVE upgrade in the upcoming year.

Currently, this airline targets the US market on the east coast, with a majority of their more than forty routes serving Tampa International Airport in Florida. Up to this point, ANY passengers booking a ticket with Breeze found themselves sitting on a small, older, Embraer aircraft, but that will soon change in the coming months. Breeze Airways recently purchased 80 brand new A220 model aircraft — the fancy and environmentally conscious jet from Airbus. The first flight on the new aircraft is scheduled to take place on May 4th from Tampa to Oklahoma City departing at 6am. The company then plans to begin adding these A220 planes to 17 of their already scheduled routes in the coming months — with talk of expanding to larger, transcontinental flights in the near future.

A New Class Of Service

Unlike its competitors in the low-cost world, Breeze Airways is hoping to bring more class, comfort, and reliability at a cheaper fare than its competition. With the announcement of the A220 aircraft, the airline also plans on introducing a third type of ticket option to passengers called “Nicest”. This is in addition to the already two available ticket options, which are currently called, “Nice” and “Nicer”.

These new tickets booked under “Nicest” are only available on the A220 aircraft and offer a significantly more spacious and comfortable experience than an economy ticket. These reclining seats are arranged in a 2-2 configuration and have 39 inches of pitch, 20.5 inches of width, and a foot rest. The seats also come with in-seat power outlets, USB-A and USB-C ports, and a water bottle storage compartment. The “Nicest” fare also includes added perks such as extra frequent flier miles, a free carry-on bag,  two checked bags, a snack and drink, and priority boarding. Each A220 will have varied seat configurations, BUT their first A220 that launches in May is said to have as many as 36 seats up front!

Breeze Airways have also worked to improve the experience for the passengers in the back of the A220, who book under the “Nicer” and “Nice” option. The “Nicer” seats will now feature extra-legroom to spread out in while both classes of seats will now include streaming entertainment and the option to pay a small fee for high-speed Wi-Fi access. In addition, all coach seats will have a USB-A and USB-C port for charging phones and devices, as well as oversized windows and mood lighting throughout the cabin.

Breeze Airways is currently doing a promotion where travelers can book for the “Nicest” option on select flights for only $99. This is as long as passengers book before January 25th, 2022 and travel before September 6th, 2022. This is a fantastic way to try the new product, for a very low cost.

Breeze Airways has hinted at expanding to lie-flat seats as their company continues to grow in the future. Breeze airways founder, David Neeleman, also known for creating JetBlue Airlines has made hints of expanding to include transcon flights across the U.S. and even flights to Europe and South America.

Neeleman said in a press conference last year, “We can serve 10 or 12 cities in Brazil from Florida, which would be incredible.” But as of now, he has yet to confirm future international routes.

Until then, Breeze Airways continues to expand their flight routes within the southern region of the United States. They are launching new flights beginning this February, with all routes having zero competition from other airlines.

As Breeze Airways looks to the future, Americans may find themselves with many new flight options both domestic and abroad. 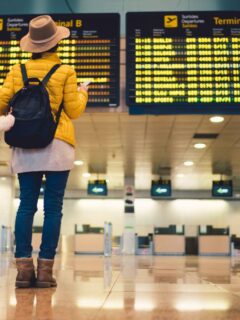 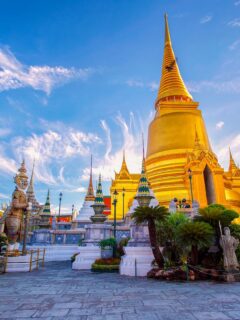