International Airlines Cancel Flights To The U.S. Over 5G Concerns

Major airlines across the globe have postponed and canceled flights bound for the U.S. this week due to concerns over newly-installed 5G services in regions throughout the country.

The main concern is that 5G service will interrupt with some of the aircraft’s navigational systems. Here’s what we know about the 5G rollout and flight services to the U.S. so far.

Flights Canceled As Precaution Ahead Of 5G Rollout

The 5G rollout near the nation’s airports was originally scheduled for Wednesday, January 19. But both AT&T and Verizon Communications announced on Tuesday that the companies would pause on activating some of the 5G towers that are nearby some airports in the country.

However, the postponement came too late, as a number of airlines announced flight cancelations early on Wednesday due to continued concerns over interruptions caused by the 5G technology.

So far, international airlines Emirates, Lufthansa, Air India, British Airways, as well as Japanese airlines ANA and Japan Airlines have halted certain flights bound for the United States this week due to 5G safety concerns near some U.S. airports. Other airlines are currently monitoring the ongoing situation.

Flights Between Dubai And A Number Of U.S. Cities Canceled This Week

The largest flight disruption is currently with Emirates. At this time, all flights between Dubai and Boston, Chicago, Dallas, Houston, Miami, Newark, Orlando, Florida, San Francisco and Seattle have been postponed or canceled.

Officials at Emirates released a statement on Wednesday, saying that this week’s flight cancelations were because of “operational concerns associated with the planned deployment of 5G mobile network services in the US at certain airports.”

“We are working closely with aircraft manufacturers and the relevant authorities to alleviate operational concerns, and we hope to resume our US services as soon as possible,” the statement continued.

According to the latest reports, flights bound for Los Angeles, New York City and Washington D.C. will continue as scheduled.

How Can 5G Interfere With Flight Services?

When a 5G cellular antenna is in close proximity to an airport, experts say that it can cause an obstruction between some of the tools that aircraft need to navigate and function, such as radio transmitters that are used in measuring altitude.

U.S. non-profit, Radio Technical Commission for Aeronautics (RTCA), even released an extensive report in 2020 warning that small cells of 5G (also known as ‘nodes’) that are in close proximity to airports could mess with an aircraft’s radar altimeters.

The warning states that, “radar altimeters are the only sensor onboard a civil aircraft, which provides a direct measurement of the clearance height of the aircraft over the terrain or other obstacles, and failures of these sensors can therefore lead to incidents with catastrophic results resulting in multiple fatalities.”

The major cause for concern is with airplane equipment on larger aircraft, particularly the Boeing 777. Airlines claim that they need more time to update the aviation equipment before all 5G towers are activated by the airports.

Airlines Called For Pause In Rollout Months Before

A number of airlines have expressed their concerns over the 5G rollout. In December, Airlines  for America filed a petition to the FCC to ask the wireless industry to halt the activation of C-band spectrum for commercial deployment near airports.

If you’re concerned if your flight will be delayed or canceled, you can always check the latest flight status updates on FlightAware.com

U.S. Adds 22 Countries To The ‘Do Not Travel’ List 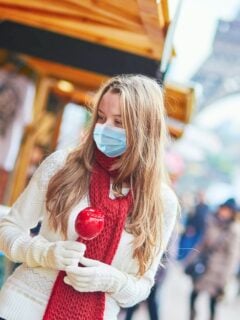 Previous
U.S. Adds 22 Countries To The 'Do Not Travel' List 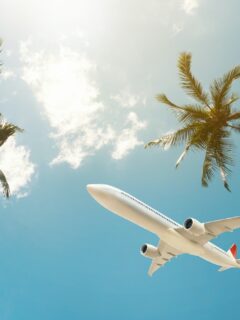 remember...it affects planes, but not humans.

Why hasn't it been reported that Britain has dropped all it's mandates masks ect ect including vaccine passports?

They need to roll out the 5G at all cost to keep faking the plandemic as people awaken.