Breeze Airways, the new airline launched in the midst of a pandemic, has added new routes for the first time since its launch back in May.​ The expansion will see more domestic flights added from popular destinations on the US’ East Coast, available at the airline’s trademark low prices. The move not only indicates that Breeze have had a good start to their operations, but that demand for travel amongst American travelers is still there – despite the challenges they are facing.

Meanwhile, airline giants Delta have been forced to cut a sizable chunk of their planned summer 2022 schedule to Brazil, which will see their overall offerings to the South American country reduced by a third. Here’s a closer look at the upcoming changes to both Breeze and Delta’s flight schedules, and what it says about the state of travel at present.

Somewhat of an anomaly, Breeze Airlines came into existence during a time when many established airlines around the world were struggling to stay afloat – and, if their expansion plans are anything to go by – they are thriving despite the current travel climate. The airline, which is led by JetBlue founder David Neeleman, is expanding into two new markets in the new year, and will be bringing its famous low prices along with them.

On Monday, Breeze revealed that they would be launching flights from New York’s Islip Long Island MacArthur Airport (ISP) and Florida’s Palm Beach International (PBI), situated near the popular West Palm Beach. From Long Island, the airline will be adding two non-stop routes – one to Norfolk, Virginia, and the other to Charleston, South Carolina. Flights to Norfolk start from February 17th, with flights four times a week, whilst flights to Charleston start a day later, on the 18th of February, with flights available on Mondays and Fridays.

From the second market Breeze is tapping into, Palm Beach, the airline will be flying to six new destinations. The destinations are as follows:

Each of these flights will be launched on the same day – February 18th. The will also have the same frequencies, with each destination served from Palm Beach with just one weekly flight, departing on Saturdays.

According to David Neeleman, the airline’s founder and CEO, “Breeze’s business model is to add ‘nice, new nonstop’ flights on routes where only connecting service is offered by other carriers,” explaining why the airline has picked these routes in particular.

Delta had plans to expand into Brazil in 2022, a market that prior to the pandemic was seeing a rise in passenger numbers as travelers flocked to take part in its unique cultural experiences, such as the famous Rio Carnival. However, the planned expansion of five flights per week from Atlanta to Rio de Janeiro next summer has been axed by the airline.

The move is set to come as a blow for travelers with plans to fly to Rio, with Atlanta proving to be a transit destination for more than 90% of passengers from the US to the Brazilian city. However, there are still Delta flights heading to Brazil, with flights from Atlanta and New York JFK to São Paulo Guarulhos still available for booking. 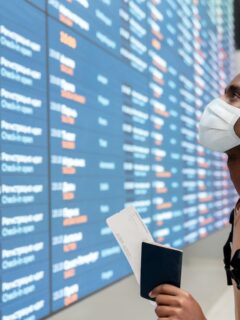 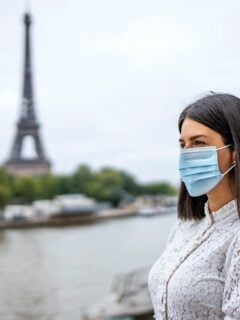