CDC Urges Americans To Avoid All Travel To Aruba

As the Omicron variant rapidly spreads across the Caribbean, the Centers for Disease Control and Prevention – CDC now urge Americans to avoid all unnecessary travel to Aruba.

The island nation, which is one of the most popular destinations in the Dutch Caribbean, has been recently battling a prominent rise in cases and has taken more restrictive measures in order to salvage the tourist season.

Earlier this week, the CDC issued its highest travel warning advisory for Aruba, nominating the Dutch nation a “Level 4” destination. In practical terms, Covid levels on the island are “very high” and Americans should refrain from making it their holiday destination.

The list, which is updated on a weekly basis, has also seen several other tourist hotspots added to it, indicating U.S. travelers may face further disruption going abroad in the near future.

As per CDC rules, destinations are usually classed as being Level 4 when more than 500 Covid cases per 100,000 people are reported on average during the previous 28 days.

As expected, infection numbers have skyrocketed in Aruba as a result of Omicron, with 1044 cases being reported on January 6 alone.

The Caribbean as a whole has been struggling to contain an unexpected surge in infections, with several destinations imposing more restrictive measures in hopes of minimizing the new variant’s impact.

Among them, countries such as Barbados and The Bahamas, as well as territories belonging to the U.S. Virgin Islands have all updated travel rules, raising concerns among vacationers.

What Are The Rules For Traveling To Aruba From The U.S. And Other Countries?

Aruba is open to a majority of countries around the world.

With the exception of areas where variants of concern were identified, including South Africa, Lesotho, Eswatini, Namibia, Mozambique, Zimbabwe and Botswana, all travelers are welcome.

Traveling to Aruba specifically, most American, Canadian and other foreign visitors must provide proof of a negative molecular Covid test performed within two days of departure.

All of those who cannot present a negative test at the border will be tested immediately after arrival in Aruba, followed by a mandatory quarantine at the visitor’s own accommodation and until a negative result is returned.

In addition to testing, visitors are required to fill out the new digital ED – Embarkation and Disembarkation Card and purchase Aruba’s Visitors Insurance in advance.

Travelers are also advised to download the Aruba Health App, through which they are able to access results to PCR tests taken in the island considerably faster.

What Restrictions Are In Place In Aruba Right Now?

These are some of the rules affecting Americans vacationing in Aruba since December 30:

For further guidance on travel to Aruba, Americans are advised to check the latest CDC updates. 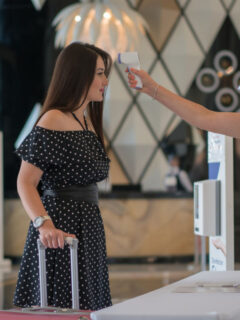 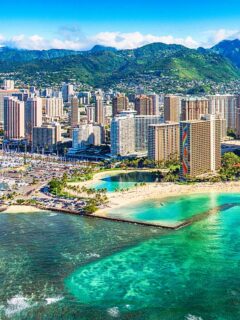 Next
Cruise Ships Set To Return To Hawaii This Month
Click here to cancel reply.