The world is opening up to long-term travelers now that the health crisis has led to a surge in remote work trends, but the tried-and-true Colombia remains one of the top destinations for digital nomads. Even without a pre-issued visa, they are permitted to stay in the country for up to 6 months, completely bureaucracy-free.

Located at the northwesternmost point of South America, Colombia is home to some of the continent’s most vibrant cities and breathtaking nature. Whether it’s dense tropical jungles they’re after, Andean highlands, otherwordly arid landscapes, or a scenic Caribbean coast lined with sandy beaches, nomads are certainly spoiled for choice here.

It is also one of the most accessible spots to relocate to without a worker visa – even if temporarily:

Digital nomads have been flocking to Colombia since it began issuing its own Digital Nomad Visas (DNVs): to get approved, applicants must simply prove their income originates from a non-Colombian source, and that they meet their monthly earnings are of at least USD $684, the lowest financial threshold out of any countries we have covered so far.

Even though eligibility is broad, some nomads may still feel discouraged by the application process, which normally involves gathering documents and undergoing checks, especially when they do not plan on spending longer than 3 or 4 months at a time in the same location. They are, after all, nomads before anything else.

Luckily, Colombia’s immigration laws are not nearly as strict as Europe’s or America’s, and foreigners are generally well-received. The Government itself notes foreigners who do not require a tourist visa, such as U.S. citizens, Canadians, the British and most European nationals can use up to 180 days in Colombia in any calendar year.

As established by the Resolución 5488 de 2022, nomads are not only free to apply for a DNV when intending to hold resident status for several years: they can enter Colombia visa-free as long as they have the financial means to fulfill their visit, and do not seek paid work from a company based in Colombia.

American Nomads Can Remain In Colombia For 180 Days Every Year

In the latter scenario, nomads enjoying visa-free entry into Colombia can travel without having applied for any permits in advance, and upon arrival at the airport, they will be granted an initial 90-day entry stamp. In order to prolong their stay, they may request a visa extension through the Ministry of Foreign Affairs official web portal.

In total, they must not spend more than 180 continuous, or non-continuous days in Colombia every year. For example, crossing the border on May 23, 2023, a U.S. passport holder that has applied for a three-month visa extension once the 90 days have expired, and been granted one, will only be expected to leave on November 18, 2023.

Beginning January 1, 2024, the clock will reset, allowing for a new potential 180-day period throughout that year. Similarly to Europe, where nomads have been living for years without applying for visas, simply by observing visitor rules, DNVs are not mandatory for those backpacking across South America.

Unless, of course, their aim is to set base somewhere as they explore a single destination (in that case, DNVs are advised). For instance, Colombia issues nomad visas for up to two years, more than enough time to travel extensively across the territory. Whether it’s permanently or for a short period, moving there couldn’t be easier.

Yes, violence rates have been going up lately, but we must bear in mind only a small number of foreigners is affected. As long as they steer clear of no-go zones, particularly suburban areas of Medellin and Bogota, and settle into the local culture, nomads will find Colombia is an incredibly welcoming nation with a lot to offer.

Other countries where Americans can reside visa-free for 6 or more months – in fact, up to a whole year – include Albania, a beautiful, under-visited gem in Southeastern Europe just north of Greece, and Georgia (not the U.S. state). 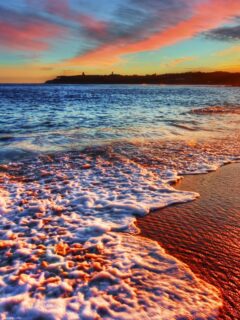 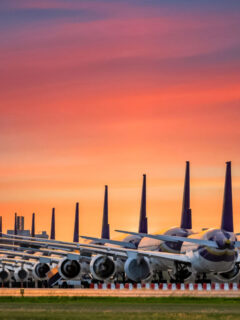 Next
These 8 Airlines Are Rated The Safest In The World
Click here to cancel reply.

Will Colombia just open the border without visa like the U.S. letting freedom-loving people in? Everyone gets into the country without passport or id is a great idea. After all, passport system is scam since the League of Nations.