Croatia lovers, this is the moment you’ve been (im)patiently waiting for.

Following a very successful first launch in 2021, and looking to meet an even higher travel demand for 2022, United Airlines is bringing back its direct seasonal flights to the Mediterranean destination this year. Starting May 29th, Americans will again be able to fly from New York-Newark to Croatia’s picturesque citadel of Dubrovnik.

Here is everything you need to know ahead of the official start of the season, and why Dubrovnik is your best bet to start exploring Croatia:

What Makes Dubrovnik So Special?

It may not be the country’s capital – this title belongs to Zagreb – nor its second most important city – here we’re thinking Split – but Dubrovnik is arguably the leading tourist destination in Croatia, and perhaps the Balkans as a whole. With its medieval city walls, cobblestone streets and Adriatic views, it’s not hard to see why:

Dubrovnik is the quintessential European destination, boasting clear blue water beaches, featuring on the hugely popular TV show Game of Thrones as the fictional King’s Landing, and amassing centuries of some actual History. It may be compact, but it is certainly landmark-packed and, quite literally, every tourist’s dream.

United Is Now The Only Carrier Offering Flights To Croatia Directly From The U.S.

As one of Europe’s most profitable markets, and a destination that has been on American travelers’ wishlist for years since Game of Thrones, United simply couldn’t pass up the opportunity. Last summer, it operated regular flights to Dubrovnik from early July through September, with an offer of 21,928 seats for the 2021 season.

A seasonal smash, United’s Dubrovnik flights offered the first-ever direct flights between New York and the small Balkan hub. Taking into account last year’s incredible results, many already expected United to return to the Dalmatian Coast in 2022, especially after its competitor Delta pulled out of the route, effectively ending competition.

This year, however, United upped its game and will be launching the service even earlier, starting at the end of May and ending in late September. Additionally, it will be flying the first wide-body aircraft on this route, resulting in 8,032 more seats being offered compared to the 2021 launch, or 29,960 in total for the extended period.

With Delta out of the game, at least for now anyway, United is the only airline offering direct links between the United States and Croatia. The United Airlines B767-300ER will operate four times weekly between May 29 and September 29 of 2022, with departures from Dubrovnik scheduled every Tuesday, Thursday, Saturday and Sunday.

Americans Can Again Visit Dubrovnik Without Worrying About Crazy Logistics

For years, Dubrovnik has been highly accessible to European tourists, as several low cost carriers in the continent offer service to the city over summer. American visitors had not been so lucky up until recently, when United stepped in and offered them the opportunity to visit the Dalmatian Coast without long layovers in other European hubs – or worse, long land border delays.

While it is certainly a strong Croatian outpost, Dubrovnik is situated at the extreme south of Croatia’s map, where the country’s coastline thins progressively until it is barely discernible from neighboring Montenegro’s border. In fact, it is even separated from the rest of Croatia by a 5.5 mile Bosnian stretch.

When attempting to visit Dubrovnik by road from other spots in Croatia, however, visitors inevitably have to cross the border in Bosnia and Herzegovina, then into Croatia again. As Bosnia is the only country in the Balkans yet to drop Covid rules, crossing their borders will be no fun. While the Croatian government has built a bridge to bypass Bosnia, that is yet to be inaugurated.

To put it simply, due to its intriguing location, Dubrovnik is not necessarily the easiest to visit, especially during summer when crossing points are packed with tourists going both ways. On top of that, considering how far it is from other Croatian cities further up the coast, flying remains the best option for visiting Dubrovnik.

Croatia Has No Entry Requirements Whatsoever This Year

Naturally, the country’s recent removal of all entry requirements made it even more attractive than it was in 2021, as American travelers are no longer required to produce vaccination certificates, pre-departure tests, quarantine, or even show the once-mandatory proof of reserved tourist accommodation when landing in Croatia.

Americans are also not required to wear face masks on flights in Croatia, as the country has recently struck down the mask mandate following an EU recommendation. Like much of the Balkan Peninsula, Croatia is finally ready to move on from Covid and has officially resumed international tourism with no restrictions.

Traveling to Croatia in 2022 is the same as it once was in 2019, and should this season bring United surprising results, like the year before, there is a strong possibility Dubrovnik will continue featuring on the airline’s summer schedule for years to come. In case you’re wondering, tickets can already be purchased directly via this link.

Top 9 Places To Visit In Croatia

Montenegro Becomes The 12th Country To Remove All Entry Requirements 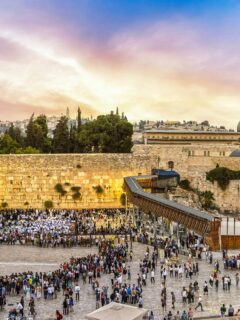 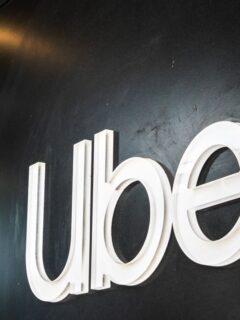 Next
Uber Announces New Travel Services For Your Next Trip
Click here to cancel reply.