Disney World Just Increased Ticket Prices: Here’s How You Can Still Save Money

Many of Disney World’s recent decisions have been unpopular with guests, with many complaining about declining quality, increasing prices, and numerous upcharges like Genie+, a paid service that replaced the free FastPass+ system.

Now, Disney World has announced a price hike on tickets, with the cost of a one-day ticket jumping as much as 15%

The following ticket prices are based on a single-day, one-park ticket with no Park Hopper option added. (This costs extra.)

Previously, the lowest ticket price for all parks was $109 per day, but every park except Animal Kingdom has now seen an increase.

Currently, adding a Park Hopper option to your ticket (which allows you to go between parks, but only after 2 PM, according to recent changes) is an additional $65 per day.

This is expected to increase as well, but Disney World has not announced the updated Park Hopper pricing yet.

With so many recent price increases, a trip to Disney World is becoming difficult to achieve for most average travelers.

A Caribbean cruise or even a trip to Europe may be more affordable for the average family than a week at Disney World, but there are still ways to save money on your theme park vacation.

Here are some smart ways to save when visiting Disney World:

The latest ticket price increases don’t go into effect until December 8, so it’s still possible to lock in tickets at the old rate now.

If you’re planning a trip to Disney World in 2023, now is the best time to go ahead and buy your tickets for maximum savings.

2. Stay At An Off-Site Hotel

On-site Disney World hotels used to offer more advantages (like free airport transportation and extended theme park hours) but now that many of those perks have been eliminated or scaled back, staying off-site is the better option.

You can score much better deals on off-site hotels. Many offer better rates, free parking (unlike on-site Disney hotels), free breakfast, and free shuttles to the theme parks.

Meals at Disney World can quickly add up. One smart way to save money is to plan out your meals in the parks wisely and consider limiting yourself to one restaurant meal per day.

You can eat breakfast at your hotel and pack your own snacks or even a picnic meal to save more money in the parks.

Stick with visiting one park per day instead of adding the Park Hopper option to your tickets. This saves you $65+ per day.

Similarly, avoiding the Genie+ service (which costs $15+ per day) will save you money over the course of your trip. If you do purchase it, the two best parks to use it for are Magic Kingdom and Hollywood Studios.

At EPCOT and Animal Kingdom, you can easily hit all the major rides and attractions with minimal wait times by using a savvy park touring strategy. 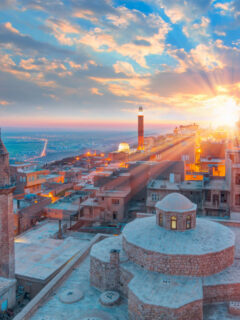 Previous
This Is The Trendiest European Destination For Americans, And It’s Not What You’d Guess 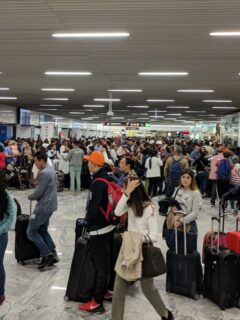 Next
Cancun Airport Is More Crowded Than Ever, Here’s What Travelers Should Know
Click here to cancel reply.

Never been don't plan on ever going.