David Montgomery once said: “For nearly all of human history, these highly intelligent, largest of land animals have been figures of fascination.” He was, of course, talking about elephants.

Elephants have been a part of our lives for centuries. They were traditionally used in the military and the logging industry. This was before commercial logging was banned in many countries throughout Asia, due to issues surrounding deforestation and flooding. Loggers who owned elephants became desperate to make a living once the logging days were over, so many turned to tourism.

Now, every year millions of tourists travel through Asia, with many placing “ride an elephant” at the top of their bucket list. It’s understandable: the idea of sitting astride one of these gentle giants as it meanders through tropical jungle is nothing short of exciting.

The truth is though, elephants used for riding are severely mistreated, and elephant rides need to stop.

The reality of “training” an elephant 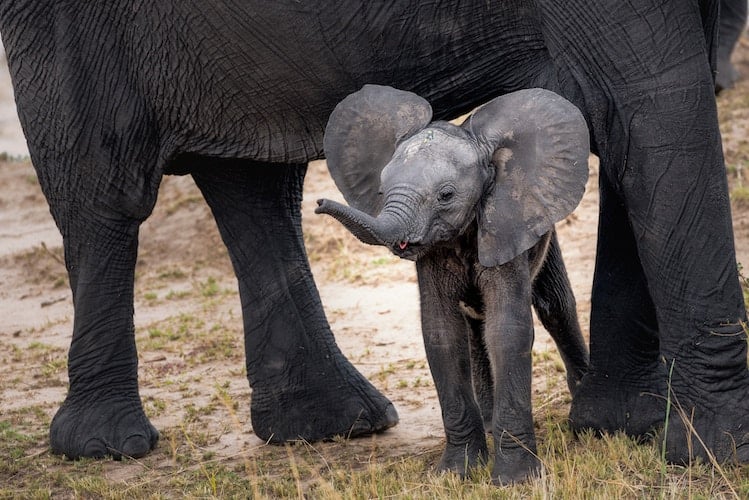 Elephants are wild animals. They are not domesticated like horses, and as such, need to be forced into submission to make them safe to ride. In order to do this, elephants are exposed to a barbaric process called Phajaan or The Crush.

The process involves taking baby elephants from their mothers and confining them to a tiny space where they can’t move. Given that elephants live in matriarchal herds, mother elephants will go to extreme lengths to protect their young, and are often killed in the crossfire. The babies are beaten into submission with bullhooks and clubs, are starved and sleep deprived. Essentially, they are tortured until they are willing to submit to their trainers to avoid further pain.

This cruel process is practised all over Asia, with an estimated 3000 elephants currently held captive in tourist attraction facilities. 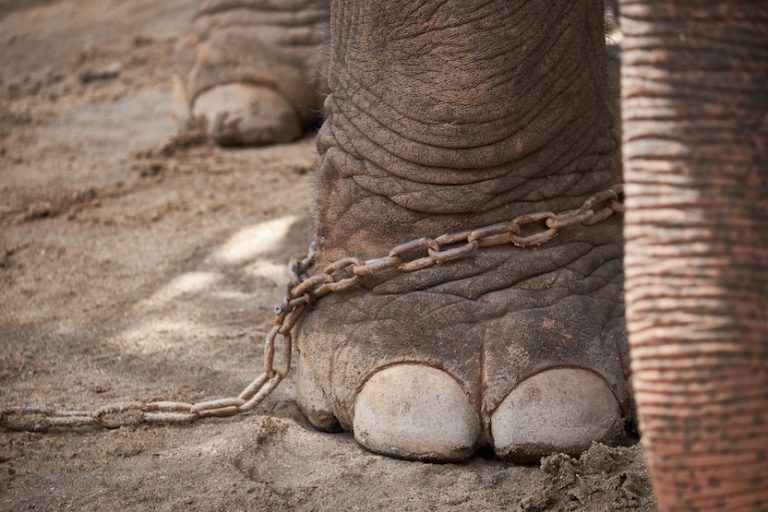 The mistreatment of elephants doesn’t end after they’ve been tamed. Many elephant camps continue to use bullhooks and tight chains to control the animals. When they aren’t working, elephants are often kept in small sheds with concrete floors. These long hours spent standing on hard surfaces can cause foot and back problems, as well as arthritis.

The elephants are then forced to carry tourists in the heat, often while dehydrated and malnourished. It’s also important to note that elephants are not actually built to carry weight on their backs. They may look big and strong, but the structure of their spine cannot support weight, and doing so can cause long-term physical injuries. Not only this, the saddles used in elephant riding can cause painful blisters and sores which often become infected.

The brutal exploitation of elephants is dangerous for these gentle giants, but also for humans. In 2016, an incident surfaced into mainstream media involving a mahout (trainer) who was trampled to death by an elephant. This elephant camp in Thailand sent a bull elephant out for rides, even though they knew he was showing signs of aggression and unrest. Consequently, the elephant snapped and trampled his mahout into the ground, before charging into the jungle with three tourists still strapped to his back.

Tourist demand is the main reason why elephants are captured and abused. Our desire to ride elephants or watch them perform circus acts is what fuels this cruel activity. But in the same way that tourists fuel elephant exploitation, tourists also have the power to influence change.

Thankfully, tourists are beginning to learn the reality of how elephants are treated. Travelers are now choosing to visit ethical elephant sanctuaries, causing a decline in the demand for elephant riding. Elephant camp owners are beginning to accommodate for this and are striving to provide more ethical experiences.

Today, more and more elephant sanctuaries are being opened up throughout Asia. These sanctuaries are working to raise awareness of the mistreatment involved in elephant riding, and provide homes for rescued elephants.

As the truth about elephant riding spreads, more and more tour operators are beginning to stand up for elephant welfare. TripAdvisor stopped promoting elephant riding as an activity in 2016, and more than 100 other tourism companies have since followed suit.

It’s not only the tourism industry that’s pushing for change. In 2018, Instagram employed an initiative where users searching for hashtags relating to unethical wildlife tourism, such as #elephantriding, would be stopped. The hashtag would bring up a notice prompting users to learn more about how this activity encourages harmful behaviour to animals and the environment. 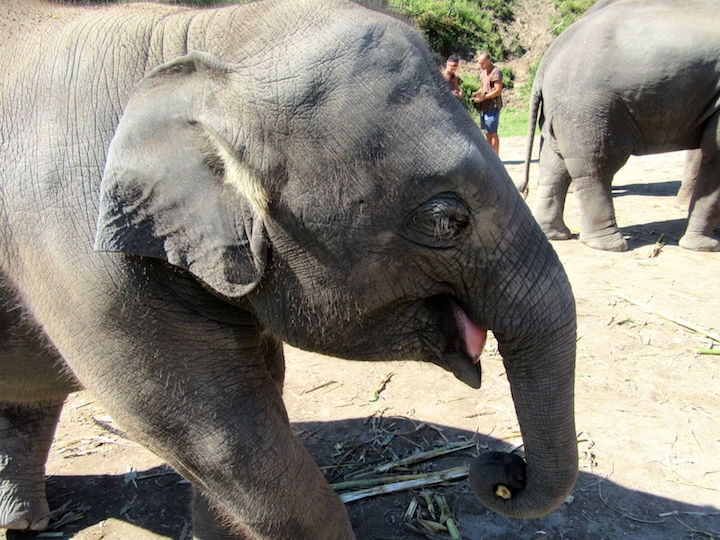 Given the rise of elephant welfare awareness and the popping up of elephant sanctuaries all over Asia, many companies are beginning to market themselves as sanctuaries, without actually enforcing these ethics. They attempt to trick tourists by adding phrases such as “ethical,” “sanctuary” and “rescue” to their name.

It can be difficult to know which elephant attractions are ethical and which are not, so here are some signs to watch out for: 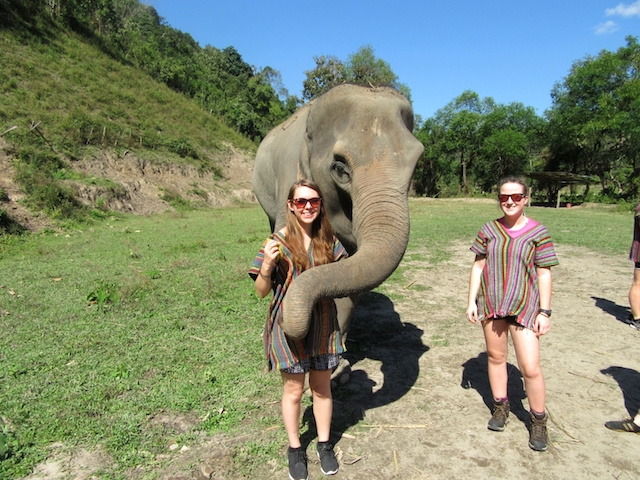 I personally visited Thailand a couple of years ago and was keen to see elephants, so I researched some sanctuaries to ensure I chose an ethical experience. I was horrified to see how many people had left Google reviews for some “sanctuaries,” stating that elephants were kept in chains and had no access to water! It was clear to me that fake sanctuaries were a real problem and that tourists can unknowingly fund unethical elephant camps.

After some research, I decided to visit Elephant Nature Park, a sanctuary in Northern Thailand. It was evident from the moment I arrived that the workers there had nothing but genuine respect for the elephants. They were enthusiastic and passionate, and went into detail about their individual characteristics and personalities. It was a fantastic day out; a great way to enjoy the company of these magnificent animals – without causing them harm.

How To Find An Ethical Elephant Sanctuary 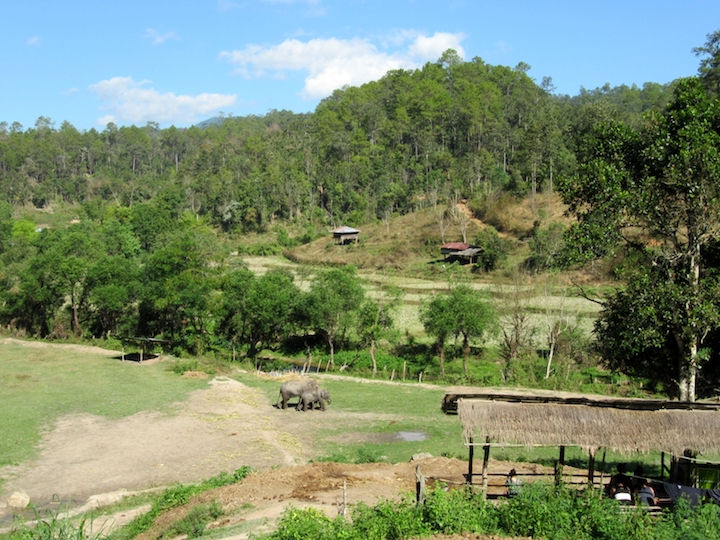 Responsible Travel has a list of elephant camps which are deemed ethical and unethical to help you find a genuine sanctuary on your next trip to Asia.

They have located responsible elephant sanctuaries in:

They also have a list of ‘fake’ sanctuaries that still force the elephants to perform rides or tricks. Most of these are found in Indonesia and Thailand.

My hope is that through further awareness of Elephant cruelty, we can collectively create a better future for these remarkable animals. 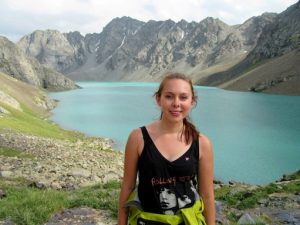 Lauren Pears is a travel writer from London. With a passion for backpacking and outdoor travel, she aims to inspire people to get off the beaten path, explore the great outdoors and travel more sustainably.
Follow her journeys on her BLOG or her socials on Twitter and Instagram 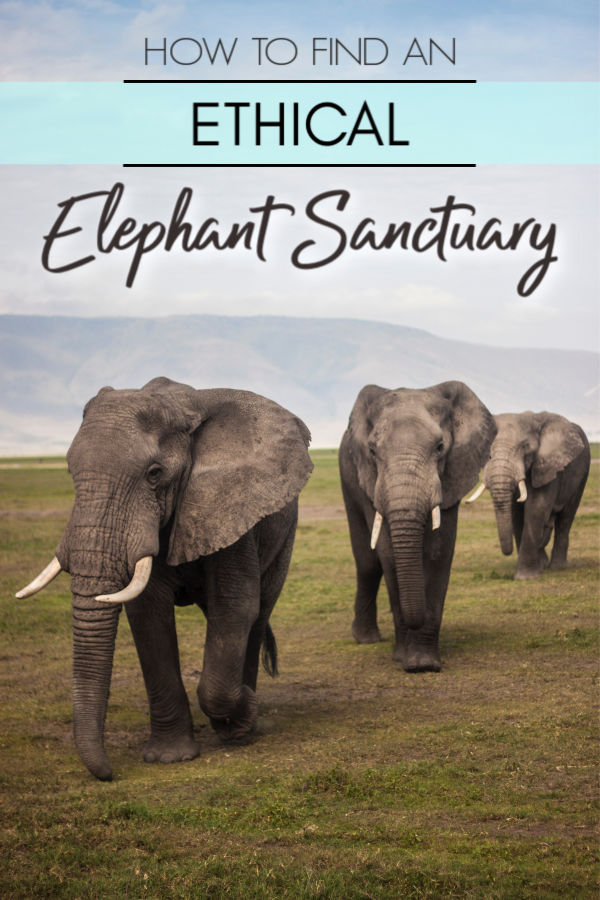 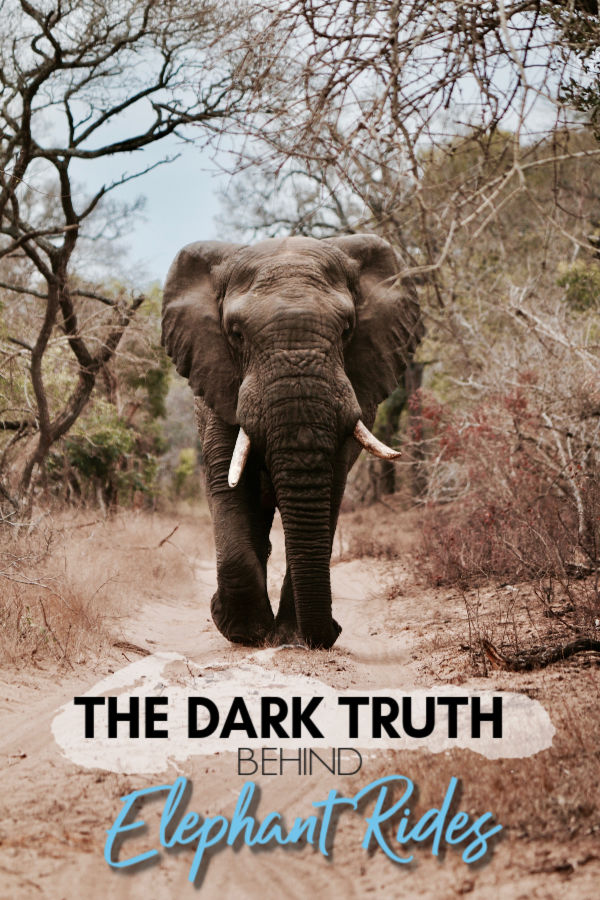 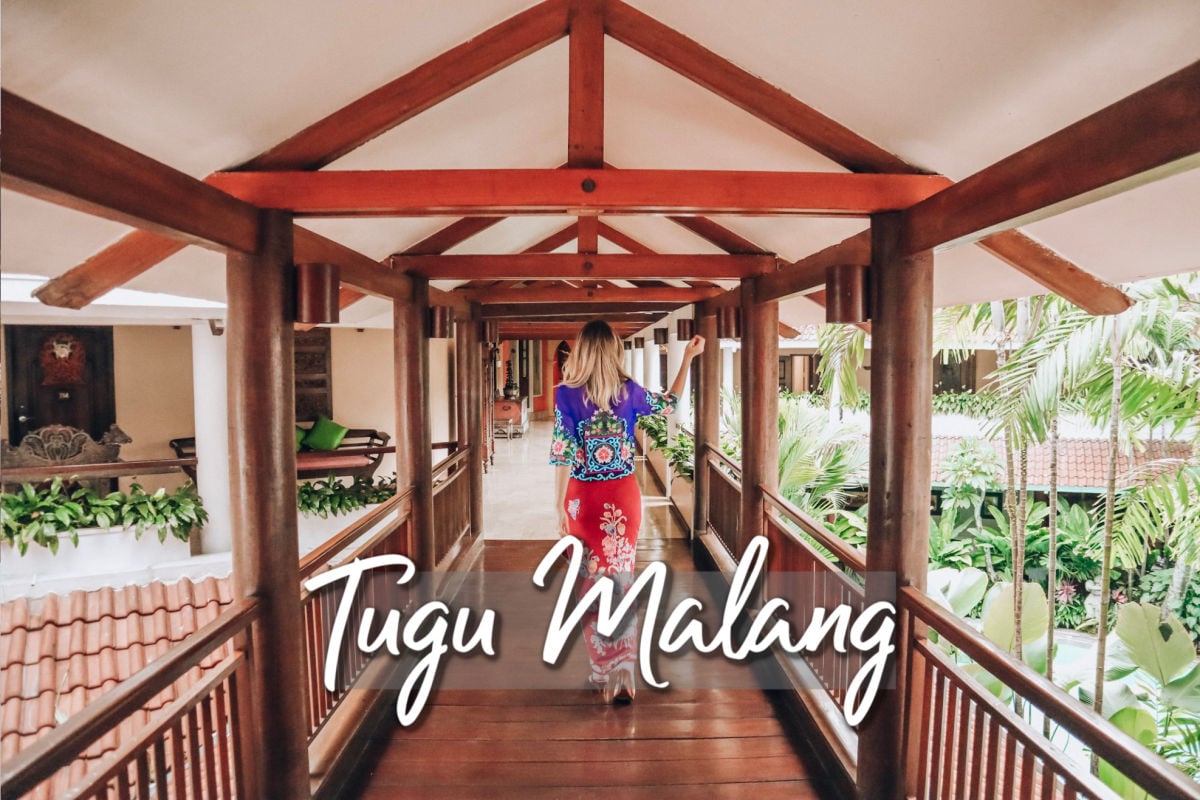 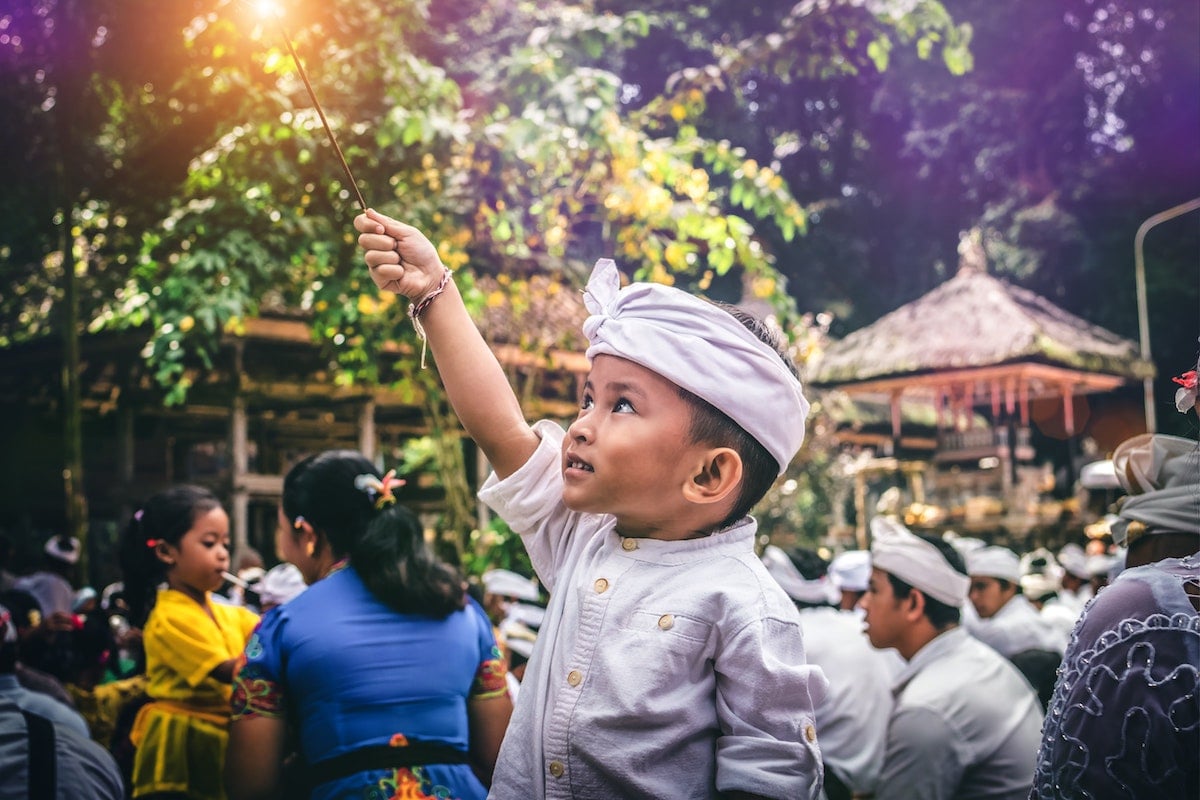 Next
Should I Travel To Bali With Kids? – Why It's a Family Friendly Destination
Click here to cancel reply.

Thank you for this post! The rise of unethical "sanctuaries" is worrying, though I'm glad that "elephant tourism" in general is heading in the right direction. Elephant Nature Park is still one of the best places I have ever been!

thank you for this! Awareness is the key to stop the horrible treatment of elephants! I am planning a trip to Thailand and I'm considering even renouncing trying to see elephants just by fear of supporting a fake sanctuary.

Love this post! We need to bring more awareness to this, so one day it ends. This one, as much as other "tourists" attractions that are just about exploiting animals and making a buck off of them.