The EU discussed reimposing restrictions on U.S travelers yesterday because of rising cases of COVID-19 as the Delta variant spreads.

Slovenia — which holds the EU’s rotating presidency — recommended the change after cases in the US continue to rise. Slovenia is responsible for triggering an assessment of countries allowed into the European Union according to two officials that are close to discussions.

The Airlines for Europe Lobby group stated, “such a decision would be hugely disappointing for Europe’s airlines, not to mention our tourism sector, which has benefited greatly from the influx of American travelers since restrictions were removed in June.”

In response to the discussions, many airlines saw their share prices dip as investors fear restrictions on U.S travelers will be a hammer blow to Europe’s although struggling — although slowly repairing — travel industry.

The EU rules suggest that the current trend of COVID-19 should be decreasing or stable and no more than 4 percent of those tested for the virus should be positive.

In addition, the guidelines take into account variants of concern in particular nations. They also consider whether the other nation has reciprocated on reopening their borders to EU citizens.

Despite pleas from the European Union, the United States still hasn’t reopened to EU citizens for non-essential travel regardless of vaccination status. The United States government has kept a tight ban on EU travelers since the pandemic began.

The head of the EU Commission, Ursula von der Leyen, stated in April “The Americans, as far as I can see, use European Medicines Agency-approved vaccines. This will enable free movement and travel to the European Union.”

The EU’s guidance is a recommendation for who they let into the country during the pandemic. However, any new restrictions on U.S travelers are going to cause economic harm, as proven by the sudden drop in European airline share prices at the close of yesterday.

According to reports, removing the U.S would mean that the EU had come to an agreement among a qualified majority of member states. Nonetheless, airline routes between the U.S and the EU remain at 50 percent of pre-pandemic levels. Although there has been a 50 percent rebound this summer.

The COVID-19 Situation In The USA

The United States has seen rapid growth in COVID-19 cases in the previous two weeks. Cases have quadrupled since the middle of July, and there were over 1 million confirmed cases in the country last week.

However, America does have high vaccination rates with over 361 million vaccination doses administered since January.

The Czech Republic designated the U.S as a very high-risk country after recording over 500 cases per 100,000 people in the previous two weeks.

Perhaps the EU will impose a ban or mandatory quarantine on unvaccinated U.S travelers.

Either way, the frustration for the travel industry continues.

Airlines That Have Banned Cloth Masks for Passengers 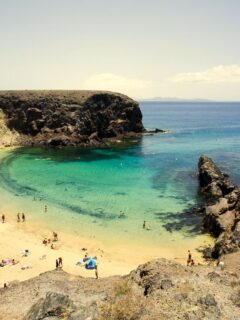 This is the song that doesn't end..yes it goes on and on my friends ..🎵

Biden take note and stop this ridiculous, completely unnecessary ban on EU travellers when having let in almost EVERYONE ELSE the ENTIRE time. 60-70% of Europe is vaccinated with literally zero excess deaths, rather below-average death, what the hell else you want? Yet you can let in travellers from Africa, Asia, South America, all of whom have significantly worse vaccination rates and a significantly less clear situation? And to all so-called world "leaders" just stop this absolute pointless insanity already.

@Martina, Personally know several well-off co-workers from LatAm who did this - flew to the US, got vaccinated, stayed one night, left. They told me everyone who can afford it does it as they didn't want to get Sinopharm. But I understand it, even if it's twisted on so many leves. Yet as a European who's been vaccinated for months and can easily get a test too, I still cannot go to see my family. After 19 months (!). And then they wonder why Europe might bring limitations back. How is this nonsense still about "health"?

@Tina, agreed. People from South and Central America are coming here to get vaccinated meanwhile the EU citizens can't come in. Makes no sense.

"Cases" - in other words, people get sick and then get well. You know, just like has always happened.

@Liberty, better yet: some, actually many of these "cases" are not even a little bit sick...

@Lisa, exactly! Do you notice that they only talk about new infections they’re not talking about the death rate because the delta variant is a watered down version of COVID-19 lots of people get it but hardly any of them die I own an operate a body removal service in Southern California and so far we are seeing zero body count associated with the Delta variant……

@Liberty, Yes, people get sick. But some die. Not all get well. Just like has always happened.

@Liberty, yup they’re going to use “cases” to keep this scam going for eternity. Sad world we live in