First Cruise Ship Is Officially Sailing In The United States

The American Cruise Line officially resumed operations of their 100-passenger liner, the Independence as of March 13. The liner is scheduled for an eight-day Florida river cruise. They are planning for a second cruise that will be departing on March 20.

The American Queen Steamboat Company is also ramping up their spring schedule that resumed on Monday, March 15th when the first cruise on the American Duchess departed from New Orleans.

What protections are in place?

This new domestic cruising activity has been easier to restart than large cruise lines as they do not fall under the strict guidelines set out by the CDC for larger cruise lines to resume operations. All of the ships scheduled to set sail over the spring months will operate with well under 250 passengers.

In order to adhere to CDC safety guidelines, domestic cruise companies are almost invariably requiring proof of negative COVID-19 tests from all passengers and crew members. The American Cruise Line has implemented separate HVAC systems throughout the ship so that no room shares air with any other room.

The American Steamboat Company has a health and safety guide published on their website, detailing the precautions they are taking. These measures include twice daily anti-viral electrostatic fogging and suspending self-service buffets in favor of safer methods of meal distribution.

What does the future of cruising hold?

It might take some time for ocean cruises to resume even heavily modified operations. With cruise line after cruise line extending their operations pauses until later and later in the year, the appeal of domestic U.S. cruises is growing. As of March 2021, many of the larger cruise lines around the world are citing June and July of 2021 as their prospective opening date.

Royal Caribbean is offering deals on cruises booked for summer 2021 as well as free cancellations up to 48 hours before your sail date on cruises booked before May 31, 2021. But while the future of ocean cruises is uncertain, domestic U.S. cruises are great way for travelers to get on the water. 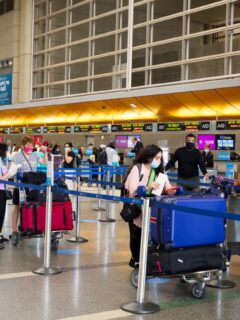 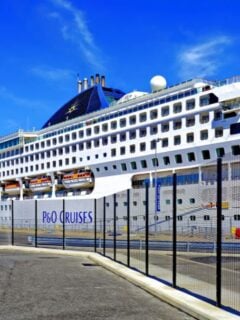 Next
P&O Cruises Will Require Passengers To Be Vaccinated
Click here to cancel reply.