Before you gear up for a trip to the magical City of Lights, make sure you are up to date on the newest travel rules and regulations just announced.

This past Saturday the country of France recorded over 100,000 new infections of Covid-19. This comes as the Omicron variant continues to sweep across most of Europe and countries around the world. Earlier this week the French Prime Minister joined with the French Health Minister Olivier Veran and spoke about the virus at a televised press conference. There, they announced new regulations that will be implemented throughout all of France during the first week of January.

It was a surprising move to wait until after the New Year holiday, which is sure to bring large crowds, parties, and little social distancing. This isn’t the first time that France has imposed new rules that have strayed from the rest of the EU. These new regulations come on the heels of France’s recent announcement on December 17th, which essentially banned all UK visitors from visiting France for the sole purpose of tourism.

It appears that the government is taking less drastic action opposed to a year earlier when they enforced countrywide lockdowns and curfews. Now,  If you do find yourself strolling around the Seine or taking in the sights from atop the Eiffel Tower, be aware that the most recent rule changes may be less restrictive, but still will likely impact your visit in some way.

Beginning the first week of January, restaurants, bars, and cafes are only available for literal sit-down dining. A casual glass of wine or cup of coffee while standing at a bar will no longer be allowed. Nightclubs have also continued to shut their doors indefinitely, a rule that went into effect this past November.

The French government also stated that food and drink will no longer be allowed on public transport regardless of it being short-haul or long-haul. The examples given were buses, trains, and possibly even aircraft. As of now, it is unclear, exactly what their definition of long-haul travel means. The prospect of hopping on a 8 hour flight to North America without a meal would be daunting to say the least. The ability to enforce this seems rather ambiguous, and perhaps outside of France’s airspace, all bets are off.

Mask mandates are also currently mandatory in public spaces indoors and on public transport. But beginning January 3rd, they will be required while outdoors within all city centers and towns as well.

In the French government’s recent press conference, the Prime Minister also discussed the plan to roll out a vaccine health pass that will be voted on in the coming days in Parliament. This proposed health pass is designed to hopefully stop the spread of Covid-19 through the use of widespread vaccinations. As of now, the French population is nearly 77% completely vaccinated. If the bill goes through as expected, then as of January 15th a vaccine health pass will be required throughout the country of France. This proposed pass would require proof of vaccination to enter public restaurants, trains, cinemas, etc. There would no longer be an option to show a negative Covid-19 test, as was the previous rule. The French Health Minister stated this week, ” There is really little chance that this time you can escape Covid-19 the virus is spreading too fast”.

These new rules stated above are scheduled to be in place for at least three weeks. 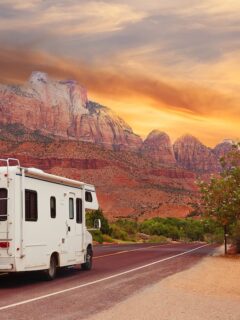 Previous
Americans Can Visit U.S. National Parks For Free On These Dates In 2022 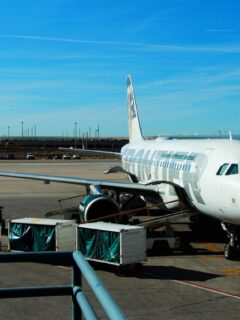 I want see France 🇫🇷 b/s my wife father is

Yeah, let's keep doing the same thing we've been doing and expect a different result..isn't that the definition if insanity?

Who is STILL traveling to France? 🤦🏻‍♀️

What are the new rules for transiting airline passengers transiting via stopover through France airport?

More tyranny in France. Doesn’t Macron ever get tired of forcing endless injections onto non consenting people? I hope they protest this strongly