Frontier Adds Its 5th Nonstop Flight from The U.S. To Jamaica

Amid mounting demand for travel to Jamaica, Denver-based airline Frontier has added yet another route between the U.S. and the Caribbean vacation destination. Tampa is the newest addition to the airline’s network.

This brings the airline’s total flights between the two countries to 5 flights.

Passengers can now begin their journey to Jamaica in one of these 5 cities: Philadelphia, Miami, Orlando, Atlanta, and now Tampa.

It is no secret that Jamaica has seen an incredible amount of growth this year alone. The Caribbean Island nation has already reached 1 million visitors, and we’re just now reaching the busiest travel season of the year.

One can assume based on those numbers alone that Jamaica is only going to get more popular with tourists from the U.S.

Frontier is betting on the continuing growth of Jamaica’s tourism sector and sees the potential for more access to the country.

Tampa will be Frontiers 5th nonstop flight from the U.S. to Jamaica

Frontier will operate the new nonstop flight to Montego Bay(MBJ) out of Tampa (TPA).

Service started on June 24 and is currently on sale on Frontiers website through September 5, 2022.

The flight however will only operate twice a week, on Mondays and Fridays.

Frontier is using its Airbus A320 to service this route which allows for a seating capacity of 186 people.

Travel to Jamaica on a budget.

The great thing about this route between South Florida and Jamaica is that the flight is only 2 hours long and tickets are currently on sale for as low as $84 one-way. A round-trip ticket in mid-July, which is the peak travel season, costs around $215. Note that baggage fees are not included in this.

The fact that Frontier will be the only airline that is offering nonstop service from Tampa to Montego Bay is remarkable and could potentially work very well in the airline’s favor seeing that there is no direct competition with other airlines.

It is no secret that Jamaica is a tremendous country and a highly visited one at that. A recent study has made it evident that Montego Bay is one of the top destinations for American travelers this year.

According to the Top 10 Summer Destinations review by insurance giants Allianz Partners, Montego Bay is the fourth most popular international summer destination for travelers in 2022.

The growth of Jamaica’s tourism sector is evident, and it appears that Frontier is also aware of this.

Flying out of Tampa is also a great strategy. The close proximity to the island makes it a quick and simple flight. The fact that no other airline is flying from Tampa to Montego Bay is also a great way to avoid competition.

But more importantly than that, Tampa has experienced an incredible amount of growth over the past two years. It is the number 2 most relocated city in the country.

Migration into Tampa has been a driving force into growing the city, and in turn, the demand for more flights in and out of Tampa International Airport.

Frontier will be filling a highly anticipated demand for travel.

Frontiers continued expansion into the Caribbean.

The route between Tampa and Jamaica isn’t the only addition Frontier has added to its network. The low-cost airline has also expanded its operation out of Tampa into Puerto Rico. Passengers will now be able to travel to San Juan(SJU)  from Tampa International Airport.

According to Frontier, this will be a year-round service that is scheduled to operate daily.

Flights between Tampa and San Juan are currently on sale on Frontier’s website until April 2023. The budget airline is also offering discounts to San Juan for travelers traveling in July and August. Tickets are selling for as low as $84 one-way.

The expansion out of Tampa into those two Caribbean nations is the first of its kind for the airline. Until now, Tampa was not servicing these two routes.

It is clear that Frontier is betting on the success of the Caribbean travel industry, as well as the growing demand for leisure travel from Floridians.

Montego Bay, Jamaica Named As One Of The Top Destinations For Americans 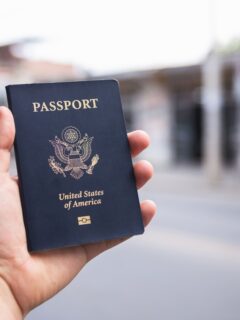 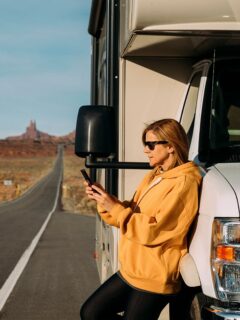 Next
Cheaper To Fly Or Drive This Summer? This New Calculator Will Tell You
Click here to cancel reply.