Frontier To Launch 13 New Flight Routes From Chicago And Houston

Frontier Airlines are set to launch thirteen new routes across the Chicago and Houston Markets. The airline will primarily make use of secondary airports for the significant expansion.

The announcement last Tuesday specified that Midway airport in Chicago will receive the bulk of the new routes with ten new flights starting in April. Hobby Airport in Houston will be hosting three new routes starting in the same month.

The airline previously served both airports but left Midway back in 2015. They’ve not been operating in Houston since 2012.

Frontier is currently functioning in O’Hare International airport, Chicago’s primary airport, but as the new flights move into Midway, the larger hub will now function with only four Frontier flights. The four flights still running from O’Hare will be heading to Orlando, San Juan, Punta Cana, and Cancun.

The flights leaving from Midway are as follows:

The flights leaving from Hobby are as follows:

The flights based at both Midway and Hobby are going to be in direct competition with Southwest Airlines which holds general dominion over the airport currently. According to routesonline.com, Southwest currently commands 93% of the traffic at Midway and 94% at Hobby.

Eight of the routes in Chicago are already served by Southwest, which may serve as good news for passengers. Some market competition may see some solid deals appear over the course of the forthcoming years from both sides.

The Dallas and Trenton route are the only flights from Midway that are currently unserved from the airport.

In Houston, Southwest will also be competing for all three of the new routes. Cancun and Vegas in particular show strong numbers for the airline which boasts three flights daily to the major tourist destinations. Both recently appeared in TripAdvisor’s most popular destinations for 2022 and had a hugely successful 2021considering the toll of the pandemic.

Frontier isn’t holding back on its new presence in the Windy City. The airline announced one-way rates as low as $29 available for all of their new routes to draw customers away from Southwest.

Considering the recently announced possibility of assigned seats on Southwest flights after the airline brought in a new CEO, it might be a good time for Frontier to jump in on the action. Chicago and Houston are both extremely large markets, and the routes being added are both popular for tourists and important for business.

Tourists looking at any of the new routes should keep on top of any deals being announced from both Southwest and Frontier. A fare war could be expected in the near future between the two airlines.

As the country emerges from a tough January, it’s hoped that the worst of the COVID crisis will be behind the airline industry by the time these flights roll around in April and beyond. Although nothing is guaranteed, most airlines have at least stabilized their staff shortage issues.

Most airlines saw unprecedented staff shortages as Omicron tore through the US. Infection rates are high, but the airlines appear to have borne the brunt of this current wave.

Travelers are always advised to keep abreast of any new restrictions or regulations. 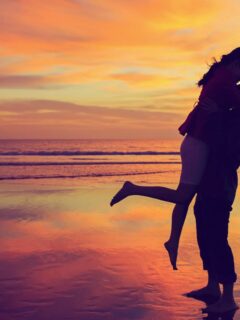 Previous
Top 10 Valentine's Day Getaways For Couples In The U.S. 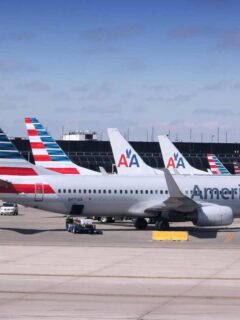