As Omicron continues to rage across the whole of the United States, Hawaii could see a fresh set of restrictions coming that may impact American travelers as well as foreign arrivals visiting soon.

The island-state is one of the most popular holiday destinations off the U.S. mainland, famous worldwide for its nature reserves, pristine beaches and unmatched nightlife.

Hawaii has been relatively open for tourism since the U.S. relaxed border controls for most of the world last November, including for vaccinated visitors from Canada and Europe, but even tighter measures are set to be put in place in order to battle a surge in new Covid cases.

How Serious Is The Situation In Hawaii Right Now And What Is Actually Being Considered?

As a result of the rapid Omicron spread, Hawaii ended 2021 with record daily cases and a wave of new hospital admissions, which are already placing a heavy burden on an already-strained health sector.

As of December 30, 88% of the state’s population had received at least one dose of the vaccine, while 64% had been fully immunized. Despite the high vaccine uptake among Hawaiians, the government is still considering new health mandates in order to protect the islanders.

As reported, Hawaii’s Lt. Gov. Josh Green seems to be pushing for even tighter travel rules, as Omicron threatens to overwhelm the island’s health service and its limited medical centers.

More recently, Hawaiian authorities have already started requiring vaccination proof and negative Covid tests from international arrivals, whether they are U.S. citizens or not, bringing it in line with mainland border regulations.

When exactly any new travel rules will be set out, or what they will entail is still to be seen, though Green has suggested it may involve a booster requirement or further testing.

In his own words, “the recommendation should be that you’re either boosted or tested, real straightforward, and I think that will come in the New Year”.

Green also hinted that there may be changes coming to Hawaii’s Safe Travels program, which concerns mostly domestic travelers arriving from other U.S. states or territories.

What Do These Potential Changes Mean For Both American And Foreign Visitors?

We still do not know for certain when new measures will be enforced or what will be their precise nature. However, it has become clear from official statements made by Lt. Gov. Josh Green that more state-wide restrictions are on the table.

In the last few weeks, a number of countries in the European space have either set expiry dates on vaccine passports or re-enacted old familiar curbs on social life, with Austria going as far as requiring a booster shot of American and most non-European travelers.

Thus, Green’s suggestion that a third dose may be soon needed so travel routes can remain open is hardly a surprise when several nations have already turned to booster shots in their fight against the new highly-infectious variant.

On the other hand, as part of the U.S. and not a sovereign state, Hawaii is unlikely to be able to enact certain specific rules or issue travel bans on its own.

Individual states can, however, regulate on a number of Covid-related issues, such as imposing vaccine passes for entry into venues or mandatory mask wearing.

Have Any Changes To Hawaii’s Safe Travels Program Already Been Made?

Surprisingly, at least for now, Hawaii’s Safe Travels program has in fact relaxed its quarantine rules for visitors, aligning the Western state with the Department of Health‘s new guidelines.

With the change, should a domestic traveler receive a positive test in Hawaii, or other U.S. states, they can now expect to be in reclusion for only 5 days. Namely, half of the original self isolation period.

The news have certainly been welcomed by mainland visitors to Hawaii. As Jessica Lani Rich, a Visitor Aloha Society of Hawaii (VASH) representative states, there has been “an increase in calls” coming in from visitors who test positive while on vacation.

For Rich, the new shortened quarantine policy will allow infected individuals to “salvage” the remainder of their trip as opposed to simply flying back home at the next opportunity and avoiding the high costs of a longer stay.

8 Secret Places To Explore in Hawaii 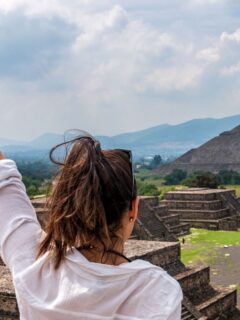 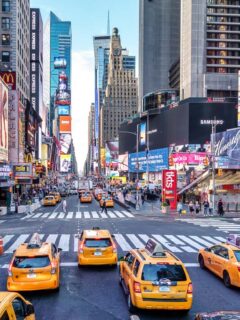 You lost me at "unmatched nightlife". Hawaii hardly is a destination for nightlife.

Is Omicron really raging? I beg to differ. I'd travel anywhere without fearing this cold. Which is a cold, in the winter.

@Lorenzo Morales, every case continues the pandemic & allows for continued mutations, which may be lighter OR..., much worse.

@Lorenzo Morales, It is raging because they call it the "super variant". had they only called it a variant, then it would not have been raging.