News emerged over the weekend that Hong Kong, along with a number of other Asian countries, was finally opening. But is the news as exciting as some headlines would assume? The new rules in place as of September 26th are not as big of a step forward as assumed.

The short and frank answer is a resounding no. The autonomous Chinese city has dropped some of its toughest quarantine rules, but to believe that any tourists will be heading to Hong Kong is ludicrous at this point.

China has remained stalwart in its heavy-handed stance on the pandemic. While the rest of the world has moved on, with only a handful of countries not fully accessible to everyone regardless of vaccination status, China has strived to continue its Covid-Zero plan. Its position has made the prospect of major tourism returning to the mainland unlikely in the near future.

Hong Kong, however, does have a reasonable degree of autonomy. While the past years have seen the mega financial hub cede an increasing amount of control to Beijing, it is hoped that the control it does have will allow it to reopen for tourism sooner than the rest of the country.

When headlines began emerging that the city was dropping its strict quarantine rules and a PCR before departure, travelers’ interest was piqued. Those hoping to grab a deal before the rest jumped in were optimistic that a visit to one of the world’s greatest cities was back on the cards, but the fine print reveals a different story.

Previously, those arriving were required to spend three days in a quarantined hotel. It was once a brutal 21-day quarantine. Once emerging, the new arrivals were then under a four-day restrictive period that prevented them from eating in restaurants, drinking in bars, and a number of other activities.

And while it is true that the quarantine procedure is gone, and no testing before departing is required,  what is not advertised as blatantly is that those arriving in Hong are required to continue testing for seven days. Of course, travelers — unless they are Hong Kong residents — are required to be fully vaccinated before entry.

Travelers are still banned from entering public places like restaurants, shopping malls, and bars for the first three days, and then undergo a number of specific testing requirements that are listed as follows:

A simple glance at that schedule showcases a city that has not removed its covid-era measures. While it is a huge step for the country compared to the mainland, any traveler hoping to enjoy Hong Kong under the new rules would require an exceptional amount of patience and be happy to deal with constantly dictated movement until all of the tests have been met.

The truth is, it’s far more beneficial to the city as a business move. Hong Kong has long been one of the world’s greatest financial hubs and is now seeing itself fall behind rivals like London, Singapore, and New York, which have left Covid far in the past. Singapore has benefited greatly from Hong Kong’s hesitance, with many businesses and workers jumping ship for the Southeast Asian city-state.

Travelers should focus their attention on some of the more prominent Asian openings. Japan, above all, is finally reopening on October 11th, removing the requirement to travel as part of an organized tour group. Taiwan is also taking big steps, and while it’s not removed everything, tourists can expect a far more free experience than that in Hong Kong.

There are rumors of mainland China opening some border cities to tourists, although it’s anticipated this will only be to certain countries that it shares borders with. It will also likely be similar to Japan’s tour group policy.

China remains the greatest roadblock to the world fully moving past the pandemic. For now, its citizens continue to be thrust into brutal lockdowns for only a few positive cases. Even after they open, it will take a while for tourism to place trust in the country to not repeat itself. How long it will take the country’s tourist industry to recover is anyone’s guess. 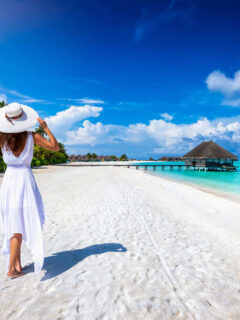 Previous
9 New Non-Stop Flights From The U.S. To Sunny Destinations This Winter 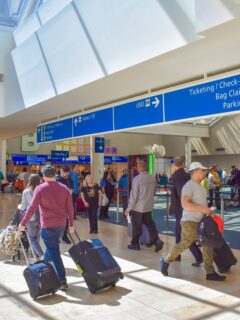 Next
Travel To Orlando Is About To Get Much Smoother With Opening Of New High Tech Terminal
Click here to cancel reply.

Unconditional reopening, or no tourist dollars or investment money from me. It's almost 2023, it's time to stop pretending that there is any legitimate reason for this nonsense.

it's time to just give up on hk for good

China will probably reopen after the party meeting at the end of October and any leadership battles have been sorted. HK and Macau can then follow suit.