Orlando is one of the busiest international hubs not only in the U.S. but the entire world. Serving as the gateway to Central Florida and the Disney parks, the airport is seeing a surge of new investments lately as demand increases. In fact, its post-Covid rebound has been so surprising it is even opening a brand new high-tech terminal this week.

In 2022, Orlando International again claimed the number one spot in Florida for tourist arrivals, totaling 47 million passengers during the 12-month rolling period up until June. Back in 2019, figures were only moderately higher at 50.6 million, proving Orlando is recovering much quicker than expected.

Now, its highly-anticipated Terminal C is inaugurating, and travel is about to get a lot smoother:

After five years of construction, Orlando’s new terminal officially welcomed its first passengers on September 25. The 300-acre expansion includes 15 extra gates that are able to receive as many as 20 aircraft and help ease pressure on other terminals. As we have reported extensively over summer, flight disruption has been a primary concern for American passengers.

This has been led by a widespread worker shortage across the industry amid a travel boom, but luckily for Orlando, Terminal C will both tackle congestion heading into the fall and winter seasons as well as accommodate a further ten to 12 million passengers every year. Based on these estimates, we can expect an increase in flights to Florida.

The Terminal itself is every sun-seeker’s dream come true: we know that when you finally go on that hard-earned vacation to escape the bitter cold later this year, those relaxed beach vibes will be foremost in your thoughts – especially when coming to Florida. Then, you better pack some sunscreen, as Orlando Airport’s latest addition is where the fun begins.

As reported by Click Orlando, the new terminal will feature high windows and ‘soaring ceilings’ to let the sunlight in, besides top-notch technology that will make travelers feel as if they’ve jumped out of the plane straight to the nearest beach. Essentially, a transportation hub fit for the ever–popular Sunshine State.

Starting this week, here is what you can expect to find transiting Orlando’s Terminal C:

Of course, the terminal’s characterization as ‘Florida in a nutshell‘ is enough to get us excited about visiting in the future, but the last item on the list is the piece of news we’ve been eagerly waiting for – and why, you may be wondering? To put it simply, the introduction of a ‘Bag First’ international zone will reduce bureaucracy significantly.

Classed by the U.S. Customs and Border Protection as a ‘streamlined entry process’, security and bag collection in these areas is much quicker. Flying from a non-U.S. destination into Terminal C and having Orlando as your final destination, you will collect bags first upon exiting the aircraft, and only once, ahead of speaking to a U.S. border agent.

If Seattle International’s Bag First zone is any indication of how Orlando’s will operate, you are no longer expected to retrieve checked bags in customs, recheck them, and then reclaim them a final time in the airport’s main terminal. Mishandling of luggage also should not be a problem for transiting customers, whether domestic or internationally.

Luggage will be deposited in ‘large, chip-embedded tubs’ that will keep wheels and/or straps from causing jams in the conveyor belts, and that will limit labeling errors and chances of luggage being lost, as they are traceable through radio frequency. According to airport officials, the goal is to transfer bags from gates to the conveyor belt ‘within five minutes’.

Moreover, airport authorities claim it is the ‘first fully integrated, multimodal airport terminal in the U.S.’. In other words, it is a connecting point for all three public transportation modes: rail, air, and ground. The terminal’s train station is served by two regional rail systems, including the commuter SunRail and the inter-city BrightLine.

Additionally, a third line connecting the International Drive/Convention Center area to the airport could be launching soon. In sum, Orlando Airport’s Terminal C will offer:

As of now, the terminal’s airlines are Aer Lingus, British Airways, Emirates, JetBlue, and Lufthansa.

Tourists Getting Scammed By Fake Vacation Rentals In Florida 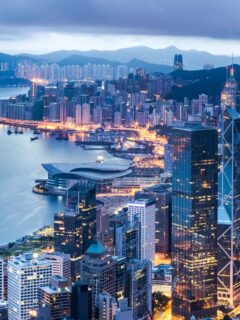 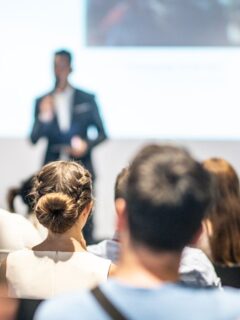 Next
Should You Attend A Timeshare Presentation On Your Next Trip To Mexico?
Click here to cancel reply.