How to Find Hidden Cameras in Your Hotel or AirBnB

People are travelling and sleeping in strange beds at record levels.

With millions of people checking in and out, there’s bound to be a few people out there taking advantage of this bustling industry.

Are There Hidden Cameras in Your Hotel Room or AirBnB?

Something recently happened to a friend of mine while she was solo travelling in a foreign country. While she has asked to remain anonymous, her story remains bone chilling and too close for comfort for most of us.

She checked into an Airbnb that looked great from first glance. It had over 20 five star ratings and previous guests left raving reviews about the amenities. The rental looked like the perfect place for her 5 night stay. That was until, she noticed something in the bedroom that wasn’t quite right. What looked like some kind of smoke detector had much larger vents than normal, but also had a telltale cable running out the back of it. Upon closer inspection she noticed a small glass lens on the inside of one of the vents.

This was, without a doubt, a hidden camera.

And it was likely broadcasting the live footage of her discovery to the person who placed it there. 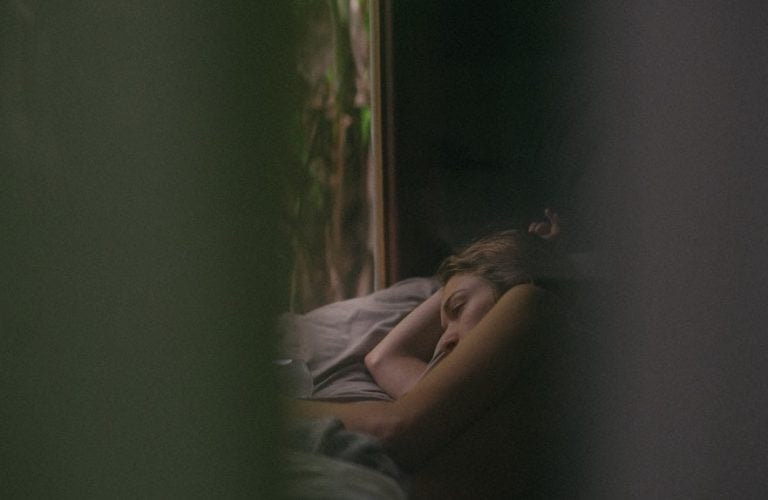 She immediately packed a bag and called the police from the safety of a nearby coffee shop. The hidden camera was against the law in the country she was visiting, but if she wanted to press charges she would have to return several times for court dates and other proceedings.

All she wanted in that moment was to safely return home.

(By the way, AirBnb removed the listing, gave her a full refund, and some cash for a new hotel room)

While she was telling me this story, even though it happened to her almost 2 years ago, I could see that she is still shaken up by the whole ordeal. It’s knocked down her confidence and has made her increasingly paranoid about being watched. She still wonders if it was just one person watching her, or if the footage of her changing clothes had ever been sold or broadcasted somewhere online.
That is a level of violation no one should have to feel. 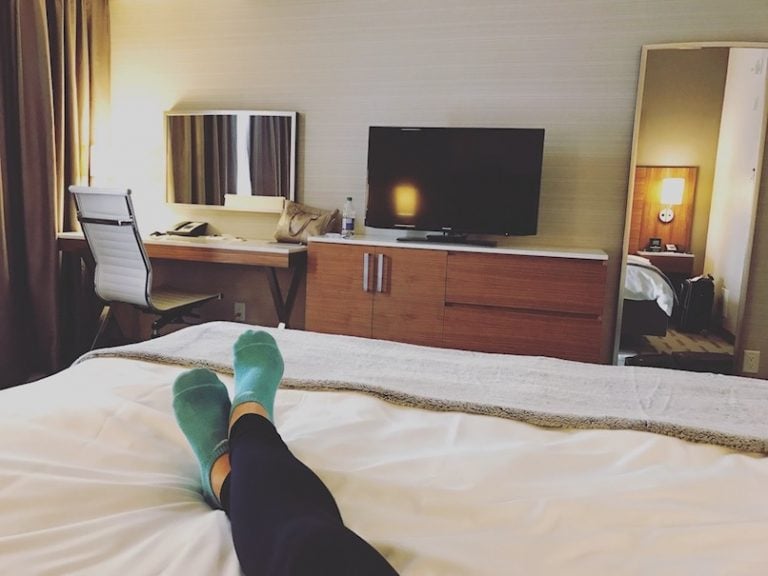 While this behaviour is heinous, unfortunately it’s been going on long before AirBnB was around. Over the last 20 years, there have been some major hotel chains hit with lawsuits for having clandestine recording devices found in their rooms.

No, finding hidden cameras in your hotel room or AirBNB is NOT common, but it’s something to be aware of.

Guests have the right to not be recorded and watched without consent while they shower, change, sleep, or to be quite blunt – using the toilet or while having sex.

This might sound completely crazy, but the lines are very blurred on the subject. Worldwide laws on this topic vary from country to country and state to state. Generally, it’s legal to have hidden cameras in public areas such as lobbies, hallways, doorways, and outside the perimeter of the property. In many places it’s even LEGAL to have a camera recording footage in rooms that generally don’t come with a lot of privacy, like a kitchen or living room. (This is why nanny cams are technically legal in many states/countries).

However, almost every country that I could find data for, it is completely ILLEGAL to have a hidden camera in areas where someone would require a level of privacy, like a bedroom, bathroom, or dressing room.

Airbnb states it’s against policy to have a hidden camera in any indoor area (even if it’s unplugged and not in use) unless publicly disclosed in the listing.

Examples of Hidden Cameras To Look Out For

This next part might make your stomach churn. Hidden cameras have (unfortunately) come a long way in recent years. They are made to blend in completely with normal household items.

Here are some examples of hidden cameras that are just a click away from ordering online.

(Note: some people say they buy these hidden cameras to see what pets are doing, for home security, nanny cams, etc. While everyone has the right to do what they want in their own home, I am talking about these devices being used to inappropriately spy on unsuspecting guests.) 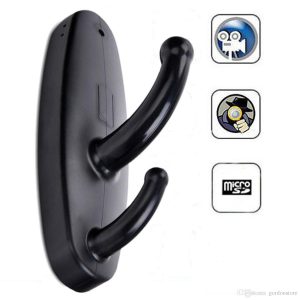 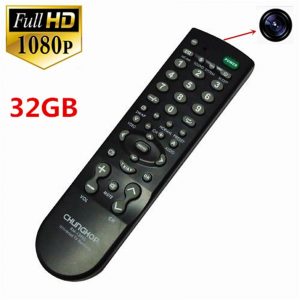 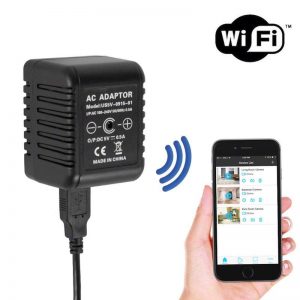 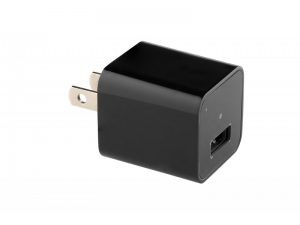 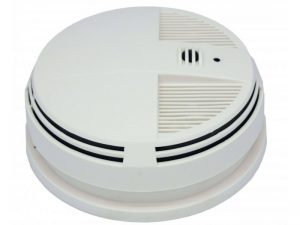 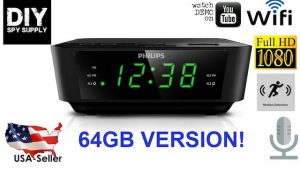 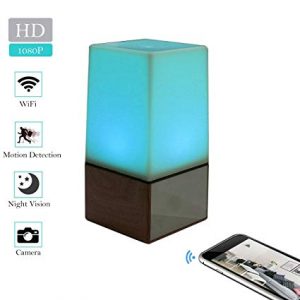 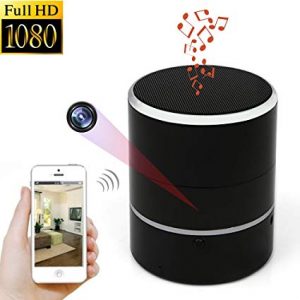 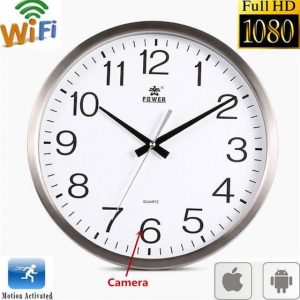 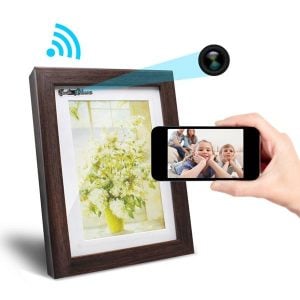 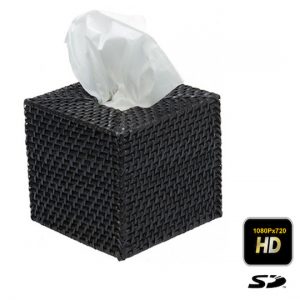 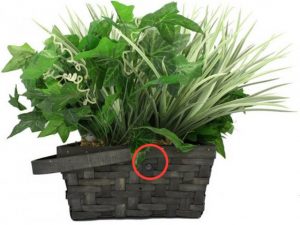 Why ANYONE would need to buy or sell a hidden BATHROOM spy cam is beyond me. I can only think of downright sinister applications for the following products. 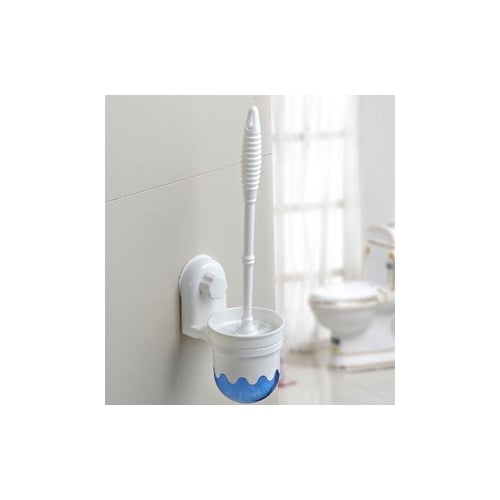 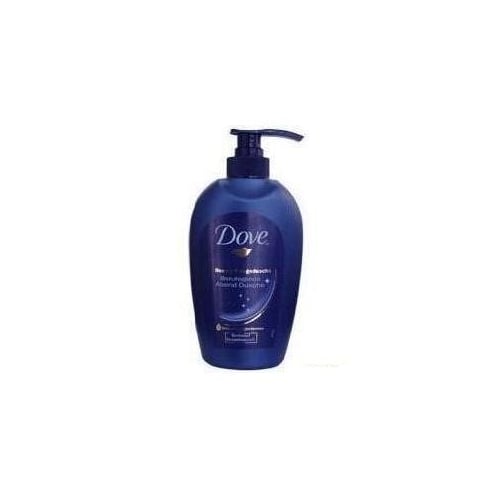 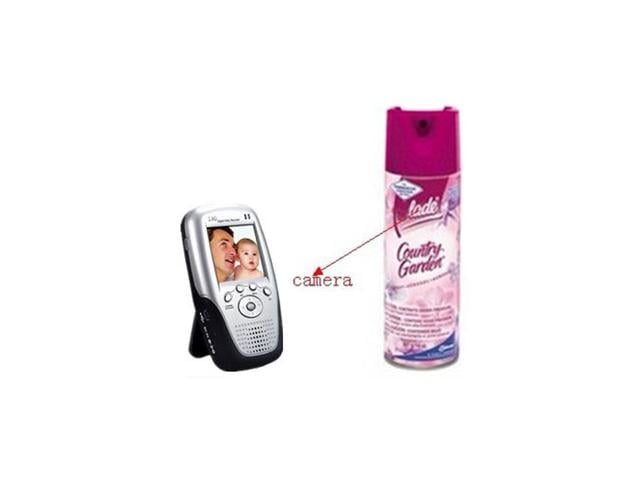 *by the way, WTF is up with this products sales photo? Why does it show a man and a baby? Like, is he teaching his baby how to set up spy gadgets on people using the toilet? I guess the company wanted an image that looked wholesome and non-threatening? …. insane.

How to FIND Hidden Cameras in your Hotel or AirBnB

We tested the Hidden Cam Detector App on Trevor’s Samsung phone. We were astounded at how WELL it actually worked, but then realized there were flaws in the way it detected.

Trevor downloaded the app and then opened it, ready to catch a hidden camera.
Then opened my camera on my iPhone and pointed it towards Trevor, but pretended I was texting and not actually filming him. As soon as my camera launched, his phone starting BEEPING! Wow! It actually detected that I was filming him.

We tested it 10 times using my cell phone’s camera and my Canon M50 camera in video mode.

We were SO excited to write this blog and tell everyone to download this app, until we tested it against other household items. It seems like everything from microwaves to TV sets also set off the apps warning system. Anything that was plugged in and emitting electromagnetic waves would make the app BEEP as if it to was a hidden camera.

A solution for this would be to unplug all household devices and use the app to scan, then you wouldn’t get interference from the other appliances, but that might be a step too far for the average traveler.

We spoke to the FutureApps creator and he told us he is working on refining the app to make it more accurate.
He told us:

“Today's app is better but it still has room to improve and I am working on it. My next goal is add more tools for people to conclude if there is any hidden camera in the room or not.”

Since this app is good for spotting battery powered recording devices (and even if someone is recording you in public!) I am sure we will use it the next time we check into a new place.

You don’t need to get all Bourne Identity, but just take 2 minutes and scan the room for suspicious items. Use the list above as a reference for what spy cams on the market actually look like these days. Check for things that have red LED lights, are strangely plugged into the wall, or items that look out of place.

The hidden camera might LOOK like something totally different, but it will always have a pinhole somewhere to allow the lens to capture the video. If you think an item is a hidden camera, find the pinhole to be sure.

Many of the hidden cameras on the market today are battery powered. The good thing about that is they will usually give off more heat than the other non-electronic items around them. If you all of a sudden feel something giving off a lot of heat, it might be a hidden camera.

This trick is old-school, but around 90% accurate. Shut off all the lights and get the room as dark as you can. Use the flashlight on your phone and slowly scan the room. Any hidden camera lens should give off a reflective glare.

Where the above advice can get tricky is if the camera is behind tinted glass. I saw an alarm clock with a hidden camera online that keeps the lens a secret by placing it behind the tinted plastic cover on the face of the clock. With a close enough inspection, you should be able to see through the tint.

Use the 'Fing' App

If you have access to the WiFi, you can use Fing to see what other devices are hooked up to the same connection. I doubt any creep would label his hidden camera connection “Spy Cam Bathroom”, but it might give you a hint to what else is sending information over the WiFi.

Invest in a Device

If you’re a hardcore traveler or just exceptionally paranoid, you could always invest in a hidden camera detector. You can get a cheap one on Amazon for about $30, or you can shell out $100-$300 for a mac-daddy device that is pro quality.
Is it wrong of me for kind of wanting one of these?

Are you completely nauseous yet?
Trust me, I got anxiety just WRITING this blog, let alone thinking of the last hotels and AirBnB’s I stayed in.

Here is what I know:

Bad things can happen while travelling. Simple as that.
Dwelling on them or developing an unhealthy paranoia about them won’t stop them from happening. There are times when you just have to relax and go with the flow.

However, it’s always wise to learn about the new ways in which technology can invade your privacy and potentially perform a criminal act against you.

My hopes are that this article gives you some valuable information to help you, and your friends and family, stay safe on the road.

PIN “How To Find Hidden Cameras” FOR LATER 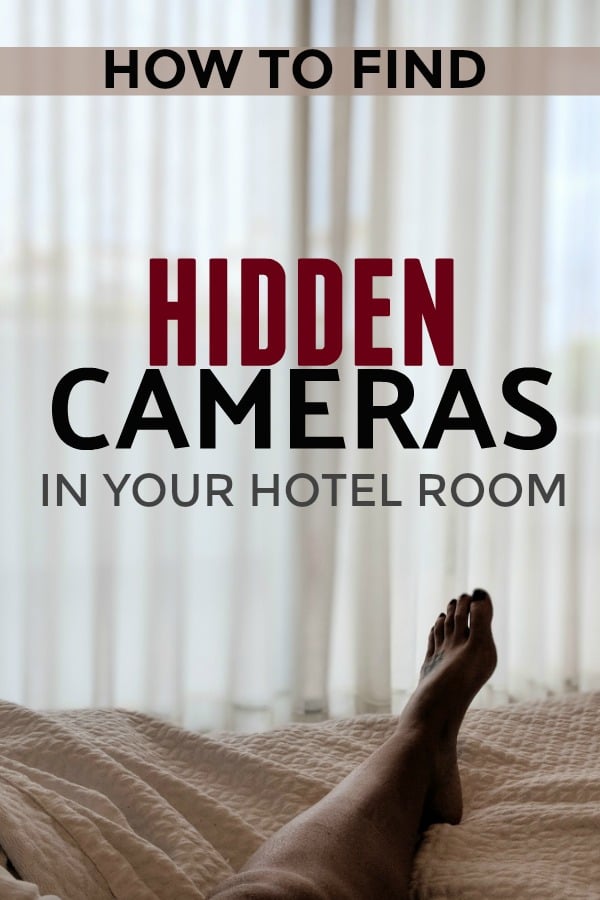 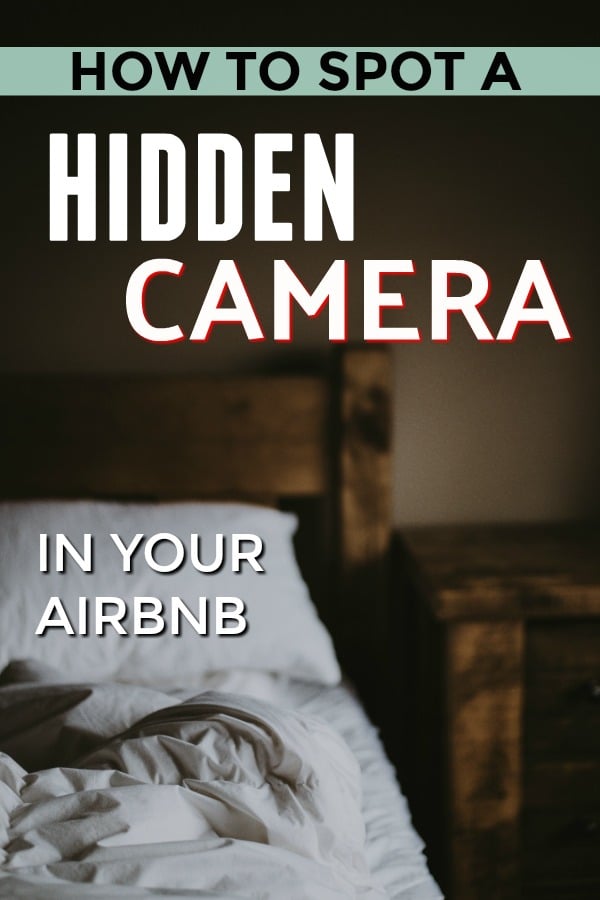 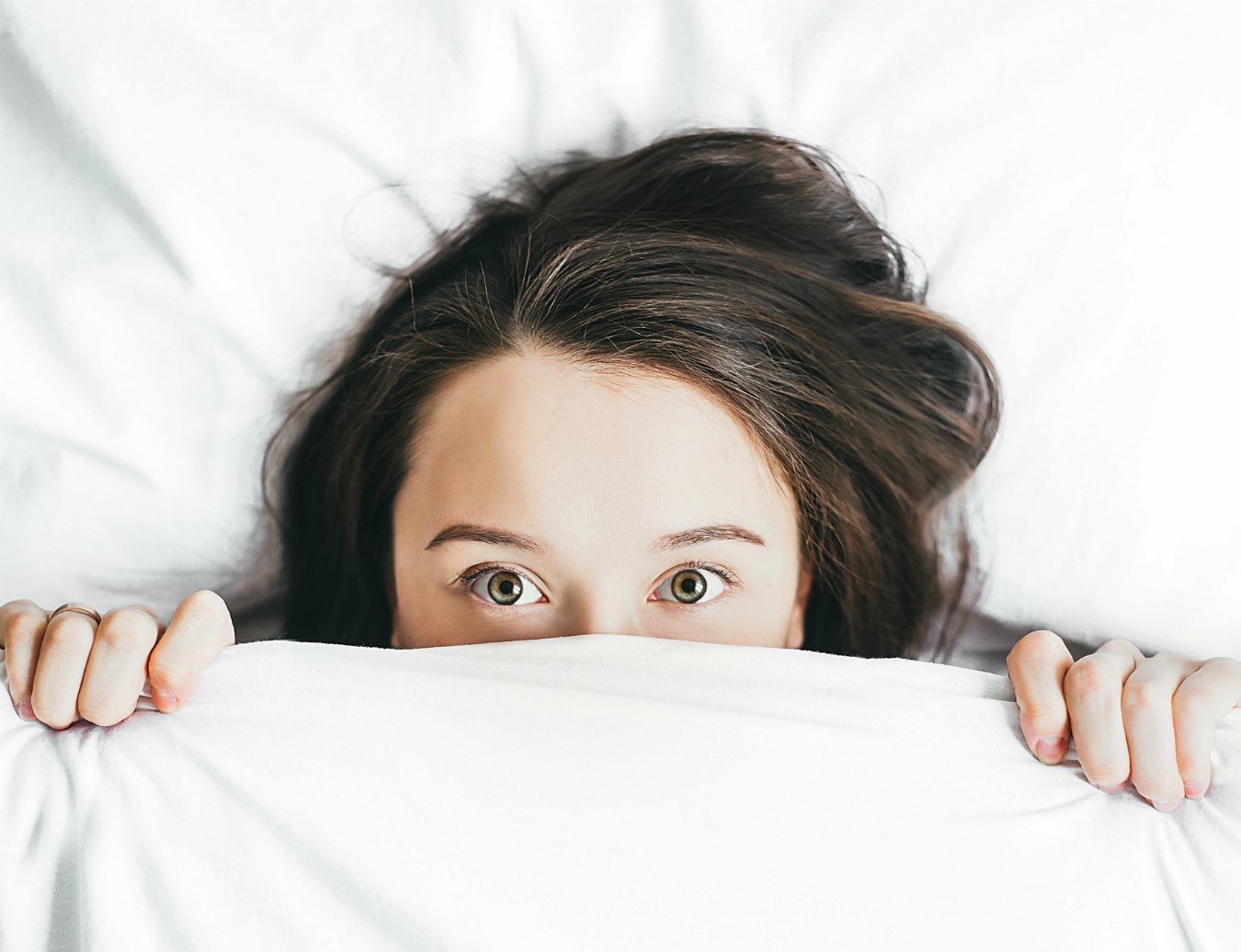 Oh my... That was a creppy post and I think I would better never read it and still live in a blissful unconsciousness. :D But from now, I will check out each rented room for a minute or two, just in case. Even tissue boxes, plants and toilet brushes (that's so funny by the way). Thank you for sharing!

lol, it's hard to tell which is better, blissfully ignorant or too informed! :) At least it will give you some tips to stay safe out there. Thanks for reading!

I had no idea an Airbnb host would actually do something so creepy! Thanks for the tips. Also, maybe best to stay in hotels. Unrelated but we loved Airbnb in Cape Town and it was totally horrible experience in Paris.

Wow what a great article on a sensitive topic! Very well put together and the list of hidden camera items is so helpful!

This gave me shivers! This is going to sound so naive but I had no idea that so many common household items were being used as hidden cameras. The women's body lotion one and the toilet brush...WTF? Thanks for posting this, I'm definitely going to be more diligent from now on!

Wowwwwww this is creepy af! Thank you for sharing!