For the ninth year in a row, Ireland has been crowned Europe’s Best Travel Destination at the annual Travel Weekly Reader’s Choice Awards. It beats off strong competitors – with Greece, Italy, and Croatia, to name a few – but what is it about this chilly insular nation that has got sun-loving Americans so infatuated in the first place?

This year, demand for travel to Ireland shot up after it lifted all entry restrictions. Since then, tourists from across the pond have been flocking to the country in search of memorable city breaks in Dublin, the Bohemian, trendy capital, or bucolic escapes to the Irish countryside, famous for its rolling green hills and rugged terrain.

Regardless of the number of options available now that Europe has reopened, it’s the spellbinding Emerald Isle they can’t get enough of:

Extending its winning streak for a record ninth-consecutive year, Ireland took home the title of Best European Travel Destination at Travel Weekly‘s latest reader-voted awards, with thousands of votes cast in its favor, surpassing all other vacation spots in mainland Europe, including the tourism powerhouses in the Mediterranean Sea.

Upon accepting the award in New York, Alison Metcalfe, head of Tourism Ireland’s North America branch, stated they are ‘delighted’ Ireland was singled out again for the award. Additionally, Metcalfe acknowledged competition has increased now that Europe’s social curbs have been lifted, and travelers have ‘tremendous choice’ when planning a trip abroad:

In her view, the accolade serves as further encouragement for the tourism board to keep up with the latest travel trends and ensure Ireland stays on top of its game. In 2019, the reference pre-pandemic year, 1.7 million Americans visited Ireland, bringing in €1.6 billion in tourism revenue, making the U.S. one of their most profitable markets.

Now that Ireland has moved on from the darker days of Covid, and new nonstop routes keep being added, it is safe to assume the number of incoming passengers will rise much further in 2023 – still, one might wonder, how did it go so far as to claim the number one spot on Travel Weekly‘s prestigious awards ceremony?

America’s historical ties to Ireland and mutual fondness for each other run deep. Although the modern-day United States is a multi-ethnic country, benefiting from a myriad of different cultural influences over the centuries since it came into being, the mark left early on by settlers with origins in the British Isles is indelible.

They were among the first Europeans to arrive in the 1600s, bringing with them their language and customs. In fact, the Irish made up a sizable percentage of immigrants to America, and as living conditions in Ireland deteriorated due to sectarian wars and famine, millions more undertook the arduous journey to the New World in the centuries that followed.

It goes without saying that Irish heritage is particularly strong in the U.S., with over 31.5 million citizens claiming ancestry. For many Americans, a trip to Ireland is a once-in-a-lifetime opportunity to retrace their roots, reconnect with a poorly-understood past, and learn more about their fore-bearers who helped build an entire nation.

Other than a common History, as emotional attachment only can’t possibly explain Ireland’s surging popularity among U.S. tourists, it is packed with fairytale medieval castles, small villages that look frozen in time, and breathtaking nature views. The island is also the home of Guinness, and a go-to destination for beer lovers, hosting 75 independent microbreweries.

Looking for further inspiration? These are some of the top attractions not to be missed on a trip to Ireland:

Traveling to Ireland, Americans are no longer subject to strict health checks, much less vaccine requirements. They are free to explore their ancestral homeland and uncover its best-kept secrets immediately after stepping out of the plane. The only downside to it all?

There is a high chance of precipitation all year-round, so we would advise newcomers to be equipped with a raincoat and be prepared for unpredictable weather. 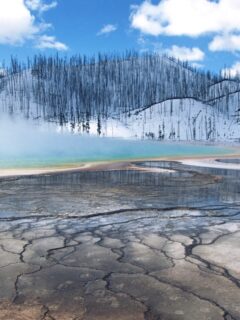 Previous
6 U.S. National Parks That Are Even More Beautiful In Winter 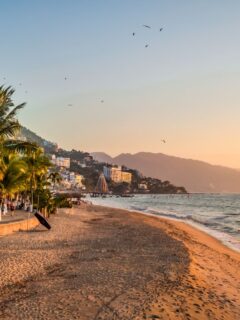 We may be many things, but insular we are not!

The country of my ancestors had been a favorite destination for me. Any country that jails a teacher for using wrong pronouns will never see me again.

@Dondonsurplage, He was jailed for not obeying a court order nothing to do with his religious beliefs.