After two years of a closed border, Japan will begin to ease entry restrictions starting next month. The updates include reduced quarantine and removing the ban on some international arrivals.

The announcement was made at a press conference on late Thursday local time by Prime Minister Fumio Kishida.

Current Ban Of Foreign Students, Business Travelers To Be Lifted

With the sixth wave of the virus reportedly on its way out, the country is planning for the next step. Japan’s current travel restrictions are scheduled to expire at the end of February; amongst them a ban on all nonresident foreigners from entering the country that was put in place on November 30, 2021, following the outbreak of the Omicron variant.

“We are gradually walking toward the exit of the sixth wave. We need to start preparing for the next phase, in stages,” Prime Minister Kishida said during the news conference.

According to the report in the Japan Times, Japan’s reopening next month will be a gradual process. Here’s an overview of the travel updates that were announced today:

The Prime Minister also confirmed that Japan’s travel guidance will continue to be reviewed going forward. “It is just the first step. I will continue considering how much we can ease measures (on border restrictions), said Kishida.

Today’s announcement follows reports made earlier this week that the country is looking to lift restrictions on some foreign travelers. It also follows calls by business groups and academic institutions for the government to reopen the border and reduce travel restrictions, citing the effects they are having on the country’s economy and reputation.

According to Japan’s Immigration Services Agency, approximately 147,000 foreign national students holding visas are waiting to enter the country. By continuing to ban foreign nationals, some argue that the country’s reputation will be affected.

Politicians from Japan’s ruling party, the Liberty Democratic Party (LDP), have also made calls for the government to ease restrictions. The head of the LDP’s education policy committee, Tomohiro Yamamoto, made the following statement at a party meeting earlier this week:

“Foreign students who can’t come to Japan are choosing other countries, which is damaging Japan’s international reputation. There are cases in which Japanese exchange students have been turned down because of it. If affects our national interests.”

Japan imposed some of the most stringent entry restrictions throughout the pandemic. With the exception of the Summer Olympic Games in Tokyo, which were postponed until summer 2021, most foreign visitors have been banned from entering the country for the past two years.

Kazunobu Ouchi, an executive at the Japanese Society of Travel and Health, defends Japan’s initial decision to lockdown international borders given the country’s geographic and economic context. “What Japan did was in line with the textbook measures on infectious disease,” Ouchi noted.

However, now that experts have been studying this disease for two years and vaccination rates increasing throughout the globe, many countries are deciding to ease most external and internal travel restrictions.

Ouchi argues that it doesn’t make sense for Japan to continue with closed borders as the Omicron variant has spread throughout the country. Because agents at air and port crossings can check travelers’ vaccination status as well as perform Covid tests if needed, there’s no need to be as restrictive with travel restrictions going forward.

These 4 Countries in Southeast Asia Are Relaxing Entry Restrictions

Mongolia Reopens To Vaccinated Travelers After 2 Years Of Border Lockdown 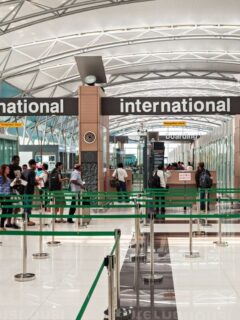 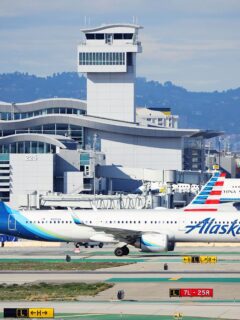