If you were one of those planning on taking a little hiking trip to Yellowstone National Park over summer, there is a strong possibility you might have to change your plans. Earlier this week, the popular natural attraction was battered by a torrential rain, destroying a large swathe of land that is now completely off-limits to tourists.

The catastrophic event has dealt a fresh blow to America’s oldest, and most beloved national park merely days into the long-anticipated 2022 summer season – and more poignantly, on its milestone 150th birthday. While some areas sustained minor damages and access, however limited, will be allowed again soon, others will remain closed likely until winter.

Recent Flooding Is A Thousand-Year Event

Yellowstone National Park endured four days of endless, heavy rain which, coupled with the melting snow still lingering from last winter, resulted in some record flooding and mudslides. This wasn’t just any flooding, either: park officials have stated the incident constitutes a ‘thousand-year event’.

According to Yellowstone Superintendent Cam Sholly, one of the highest cubic feet per second (CFS) ratings for the Yellowstone River was 31,000, all the way back in the nineties. On Sunday night alone, they were at 51,000, causing a large portion of the park’s scenic trails to be swamped. In fact, the entire Northern Loop section has been seriously damaged.

More importantly, Mr. Sholly offered updates on the status of those who were in the vicinity amid the deluge. Only 12 campers had remained in the park’s backcountry during the more critical days, and they are all safe. The Superintendent also maintains that, with the exception of one fatal cardiac arrest episode, no other parkgoers were injured or killed.

He reiterated that, although these events should be, in theory, rare occurrences, they ‘seem to be happening more and more frequently’. The Yellowstone flooding is not the only disaster affecting a major tourist destination this year: the Caribbean is again set to face another ‘above average’ hurricane season in 2022.

What Is The Exact Extent Of The Damage?

Around Yellowstone, flooding on Highway 89 across the Montana border was so severe it cut off access to the town of Gardiner. As affirmed by park authorities, this route has now been restored, but others, such as the vital road linking Gardiner to Cooke City, in Montana, will ‘likely remain closed for the remainder of the season’.

Unfortunately, it could take months until all the flood residues are removed, as key routes have been cut. Park County, Mont., Commissioner Bill Berg said himself his office is unable to provide law enforcement, or even public health services. Even ‘pretty basic’ tasks are now impossible to fulfill, as they ‘can’t get out there to pick up the garbage’.

With road conditions being particularly dangerous, the risk of further landslides not ruled out, and emergency services limited, tourists may decide to skip Yellowstone altogether this summer – even after parts of the park reopen, as Superintendent Sholly revealed it’s the plan at a news conference on June 14.

Sections Of Yellowstone Will Reopen Soon, But Northern Loop To Remain Sealed Off For Months

Sholly hopes that the less damaged southern half of Yellowstone can quickly in time for the tourist season. More specifically, the West, South and East entrances. This loop includes major sights, such as the Grand Canyon of the Yellowstone, the Old Faithful Geyser, Hayden Valley and Yellowstone Lake Area, and they may be accessible again within a week.

The North Loop is a different story. It will likely remain sealed off for most of the year, and up until next winter, including most backcountry hiking routes. The northern section includes a historic fort, picturesque views of the canyons from higher up, and it’s also locals’ favorite route for grizzly bear sightings.

If you’re planning on driving to a national park in the United States this summer, and has been pondering where to go following the gas price surge, make sure you use this tool to calculate exactly how much your road trip will cost. For more updates on Yellowstone National Park and reopening dates, please visit their official website.

Here is How Much Gas Will Cost This Summer For The Most Popular U.S. Road Trips 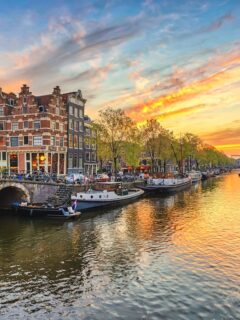 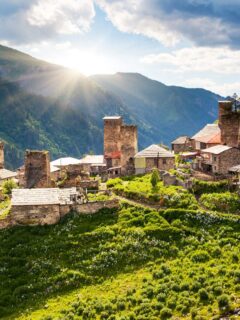