Planning a long weekend in Vegas? You may want to hurry up with bookings as Sin City is about to receive a record number of visitors this summer – and hotel prices could increase even further. In fact, the number of passengers transiting Harry Reid International, the main airport serving the city, is now up 7% compared to 2019.

This officially makes Vegas one of the busiest destinations in the U.S. this summer.

Now that most social curbs in the United States are gone, and even pre-departure testing for international arrivals has been removed, the Entertainment Capital of the World is back with a vengeance. Exciting as it sounds, it remains to be seen whether that’s good – or bad news – for Vegas-bound vacationers.

After all, we have all seen how pent-up demand for travel following Covid can drive prices up… Dramatically:

Having officially surpassed pre-pandemic figures, Vegas is experiencing a strong economic rebound after two years of stagnation resulting from the pandemic. Heavily dependent on the entertainment industry, the city’s growth had been curtailed by the endless loop of Covid restrictions enacted by the U.S. Government in their attempts to halt the virus.

Luckily, the vast majority of Covid mandates have been lifted nationwide, and that includes the state of Nevada, where mask usage is no longer enforced and gathering limits have been scrapped. As a result, Harry Reid International has already exceeded pre-pandemic capacity based on May-June 2022 figures alone.

While it still ranks lower in terms of overall passenger numbers, Las Vegas’ airport has seen the fastest recovery among the world’s main international hubs. According to data published by global travel data provider OAG, it has outpaced every other airport in the top twenty, handling over 2.6 million passengers, or 7% more than it did prior to Covid.

In comparison, Atlanta’s Hartsfield-Jackson International handled 4.6 million passengers – higher numbers, but still 16% less than they did in June 2019. Chicago O’Hare and Dallas/Fort Worth are experiencing a similar decrease in demand, registering 19.5 and 2.6% less passengers, respectively, compared to the pre-Covid era.

Besides Harry Reid International, out of all the U.S. airports that made it to the OAG top twenty, only Charlotte Douglas International saw a slight increase in demand (3.5%) this year. Even then, it still lags behind Sin City’s 7%, making it one the most sought-after destinations in the U.S. this summer based on air traffic alone.

What Does This Mean For Vegas-Bound Travelers?

As we have seen in recent weeks, the lifting of the U.S. testing requirement for international arrivals and the reopening of several touristy spots has triggered a travel frenzy worldwide. Consequently, prices have been rising sharply across most of the hospitality sector, with overnight stays costing up to 50% more than they used to in some destinations.

While it has not been affected in the same level as Miami, one of its strongest competitors in the summer travel market, similar price hikes cannot be ruled out in Sin City. Several Stateside destinations have been facing staffing constraints amid the current travel boost, and may not be able to cope with the influx of tourism.

Unlike Florida and most of its U.S. counterparts, which have been plagued by some major disruption lately, Vegas has been doing relatively well so far. Harry Reid International has reported far fewer flight delays and cancellations since the start of the season, indicating it has better chances of escaping 2022’s chaotic summer with most of its schedule fulfilled, if not unscathed.

Vegas Is Managing Just Fine… At The Minute

There have also been fewer reports of staff shortages coming out of Vegas-based resorts, hotels and casinos compared to other domestic destinations. Even then, Nevada’s number one destination is surely not immune to the issues facing the travel industry. With the testing rule for international air passengers now gone, it could see arrival figures go through the roof.

As demand rises amid limited availability, so does the cost of flight tickets and hotels. Vegas may have rooms in abundance to make it through the season, but the supply isn’t unlimited. This means Vegas-bound travelers are strongly advised to complete their bookings ASAP before the crowds return and expenses start mounting up.

10 Adventurous Things To Do Near Las Vegas 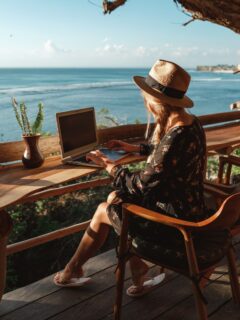 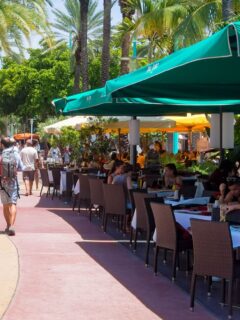 Next
11 Miami Restaurants With Michelin Stars To Visit In 2022
Click here to cancel reply.