Canadian low-cost airline Swoop announced this week that it will be ramping up flights to some of Canada’s favorite winter vacation destinations just in time for the season.

The updated flight route schedule includes new routes as well as an expansion of some already established routes between Canadian cities and popular winter sun destinations. We’ve got all the latest information for you below.

New Flight Routes From Canada to Cuba On Swoop

The major expansion to Swoop’s flight route schedule are direct services between Toronto Pearson Airport and Varadero, Cuba, which has been the go-to vacation destination for Canadian travelers for decades.

“We’re thrilled to be announcing an expansion in the Caribbean, adding Varadero to our growing list of vacation destinations. Cuba tops the list of Ontarians seeking an affordable beach getaway and we’re proud to reaffirm our commitment to the region with more ultra-convenient and ultra-low fares,” said Tia McGrath, Swoop’s Distribution and Sales leader upon the announcement.

Swoop is WestJet’s low-cost subsidiary airline, with headquarters in Hamilton, Ontario. The airline’s base in southern Ontario means that major international flights depart from the nearby airports of London, Hamilton, and Toronto.

“We are thrilled to welcome Swoop flights to Cuba, we are excited with this new partnership which means more capacity to Cuba from Canada” announced Lessner Gomez, the Director of the Cuba Tourist Board.

“In this price sensitive market, Swoop’s ultra-low cost structure will make it easier for Canadians this winter to enjoy beautiful Cuba,” he continued.

The new seasonal flight service from Toronto (YYZ) to Varadero (VRA) is scheduled to launch on January 11, 2023, with flight prices starting at $189 CAD one-way.

On top of new routes, Swoop is expanding its winter schedule by restarting some previously canceled flight services to winter sun destinations from Canadian cities. Here are the latest flight updates, including frequencies and prices:

Fort Lauderdale is another popular winter vacation destination for Canadians from coast to coast. Starting December, Swoop will be offering its renewed direct flight services to Fort Lauderdale from Toronto and Hamilton for $109 one-way.

Before booking your trip, check Swoop’s website for the latest flight departure times and prices.

Swoop Ramping Up Flights To U.S. And Caribbean Destinations

Among the flight route expansion, Swoop will also be adding daily flight departures for the busy winter travel months between Toronto and Cancun, Toronto and Las Vegas, as well as frequent flights to Montego Bay, Jamaica and Punta Cana, Dominican Republic.

Fly To Hawaii This Winter For Under $250 From These U.S. Cities 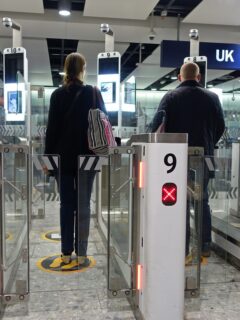 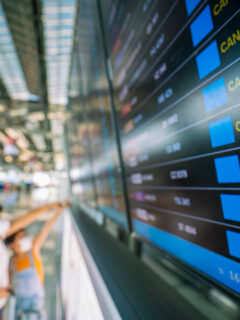 Next
Flight Canceled? Here Is What Major U.S. Airlines Will Do For You
Click here to cancel reply.

Trudeau is going to be really upset and give naughty Canadians a very stern talking to when he hears about this.