Machu Picchu Closed Indefinitely Due To Civil Unrest In Peru

The world-famous tourist attraction Machu Picchu has been closed indefinitely because of ongoing protests in Peru. Entrance to the site, the Inca Trail Network, and rail services in the area have all been suspended by Peruvian officials. 418 visitors, including 148 foreign tourists, were stranded at the site for hours on Saturday but have since been evacuated.

Tourists who have a ticket to visit Machu Picchu from now until a month after the end of the protests are eligible for a full refund. The ticket sales page of the website is currently under maintenance. However, tourists needing to request a refund can contact the Ministry of Culture at +51 84 582030 or email [email protected]

Why Is Machu Picchu Closed?

Authorities announced the closure of the 15th-century Machu Picchu Citadel on Saturday after protesters damaged the railway that leads to the site. PeruRail also informed the public that they were suspending services to and from Machu Picchu because of the damage and blockages caused by protesters. With an average of one million visitors each year, the closure will be a big hit to Peru’s tourism industry.

“Thanks to the coordinated work of all the members of the Tourist Protection Network, the transfer of 418 national and foreign visitors was achieved this afternoon from Machu Picchu to the capital of Cusco.”

In early January, more than 2,000 tourists were evacuated from Machu Picchu because of protests in the area. Peru’s Culture Ministry said that the indefinite closure of Machu Picchu and the Inca Trail was “to protect the safety of tourists and the population in general.” With no sign that protests will let up in the near future, the government has made the call to close the site.

Is It Safe To Travel To Peru Right Now?

Peru’s government has extended a state of emergency to include the regions of Lima, Cusco Puno, and the province of Callao. Although it doesn’t directly affect tourists, the state of emergency suspends several constitutional rights and allows police and military forces more power to monitor and control protests.

Additionally, many foreign governments have issued travel advisories. The U.S. Department of State has issued a Level 3 advisory meaning Americans should reconsider travel to Peru.

The U.S. Embassy in Peru has advised Americans to stay safe by:

As Travel Off Path reported last month, it might not be the best idea to travel to Peru right now. While the protests have not directly targeted tourists, they have had some impacts on the tourism industry. As the civil unrest continues to surge, more areas of the country are seeing protests. Tourists could easily get caught up in the unpredictable violence or be inconvenienced by closures and disruptions to the country’s attractions and infrastructure.

What Else Is Affected By The Protests?

Machu Picchu, the country’s most popular tourist attraction, is closed, along with the trail network and rail service in the surrounding area. But that is not all that has been affected by the recent civil unrest.

Over the weekend, 205 protesters were arrested for illegally entering a campus of the National University in Lima, where they allegedly stole equipment and electronics. They also recently infiltrated three of the country’s airports, causing them to close. The airports have since reopened.

On Thursday of last week, upwards of 3,500 protesters in Lima were battling police in the streets when a historic building caught fire and burned to the ground. The building was on San Martin Plaza in the city’s historic center. Police and protesters sparred in the streets of Lima, the Peruvian capital. Angry protesters threw rocks and glass bottles at police, who in turn tried to control the crowds using tear gas.

Since the unrest began, protesters have also blocked highways, attacked police stations, closed airports, and damaged transportation infrastructure around the country. The police and military’s heavy-handed response has resulted in over 50 deaths and nearly 600 injuries.

Why Are There Protests in Peru?

Protests erupted across Peru in early December 2022. The protests are largely driven by the people being upset over inequalities and rising prices, especially in the country’s poorer rural regions. The catalyst was the removal of former president Pedro Castillo from office by the nation’s congress. In an attempt to remain in power ahead of an impeachment vote, Castillo tried to illegally dissolve congress. He was subsequently arrested and remains in custody.

When Castillo was arrested, his vice president, Dina Boluarte, became president. According to CNN, protesters are calling for a new election, the resignation of Boluarte, a new constitution, and the release of Castillo. Now they are also demanding accountability for the injuries and deaths caused by security forces during the protests. 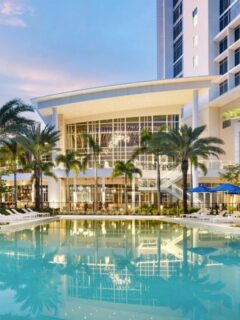 Previous
Top 7 Hotels To Stay At In Orlando, Florida For 2023 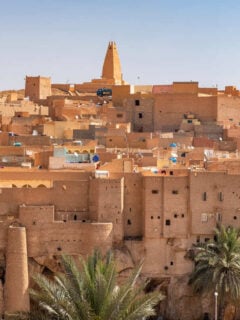 Next
Americans Can Now Get A Visa On Arrival Traveling To This Fascinating Destination In Africa
Click here to cancel reply.