A strike by air traffic controllers at Sangster International Airport in Montego Bay Jamaica has caused massive flight cancellations for the day. 28 flights were been cancelled and some even had to be diverted mid-flight.

An American Airlines flight that was en route from JFK was diverted to Miami, and a flight from Charlotte, North Carolina turned back.

An Air Canada flight, which was en route to Jamaica, was also forced to return to Toronto.

Earlier this morning, a Frontier flight out of Atlanta, a Sun Wing flight from Toronto, an American Airlines flight from Miami, and a JetBlue flight out of New York were able to land at Sangster before the strike went into full mode.

28 other flights were forced to be cancelled due to the strike.

The absence of controllers has forced the suspension of services at Sangster and Norman Manley International airports as of 10:00 am today.

With 2 out of 3 international airports being shut down, Jamaica’s aviation industry was brought to its knees today.

What caused the strike?

The controllers have been in a dispute with the Ministry of Finance for months, owing to a fallout in salary negotiations between them and the government. Three weeks ago, they reportedly went on sick out at the Sangster International Airport, and two nights ago repeated their silent protest.

None of those actions however resulted in a positive outcome for the air traffic controllers.

How long will this strike last?

It is currently unclear how long this strike will last exactly, however, there is a strong indication that normal operations will continue Friday morning.

Air traffic controllers are the heart of any airport operation, without them, airports simply cease to be functional.  When they strike, airports are forced to shut down their operations and flights must be cancelled.

Montego Bay named as one of the top destinations for Americans.

This is all happening while the city of Montego Bay has been named as one of the top destinations for American travelers to visit this summer.

Famed for its white-sand beaches, laid back way of life, and a whole host of water-based activities, Montego Bay has long since been a favorite for travelers from North America – and with Jamaica recently removing its Covid-19 related entry requirements, that status looks set to grow even further this summer.

One of the many reasons why Americans are flocking to the beautiful island is because Jamaica removed all of its Covid restrictions. This makes is much easier for travelers to visit.

As of April 15, all tourists can enter Jamaica with:

Montego Bay, Jamaica Named As One Of The Top Destinations For Americans 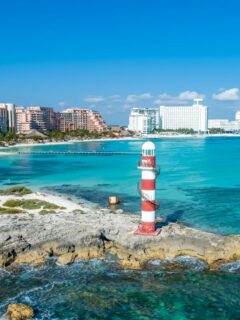 Previous
Cancun Officially Removes The Use Of All Face Masks 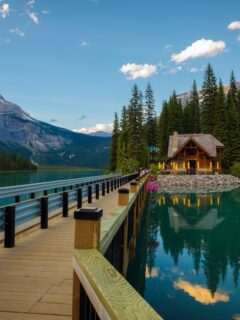 So since these ATCs do work for government cant PM fire them as Reagan once did in US??