If you are traveling to Maui in the upcoming months, you’ll have to show proof of vaccination in order to dine indoors, as reported yesterday by the news team at Maui Now.

The mayor of Maui Michael Victorino announced this week that a modified health pass will come into effect on September 15th. The pass will be used at restaurants throughout Maui County.

Maui County consists of the island of Maui and the surrounding central Hawaiian islands of Lana’i, Moloka’i, Kaho’olawe and Molokini.

The island of O’ahu has a similar program coming out a few days prior on September 13th, called Safe Access O’ahu. While the Safe Access program will be used for a number of services like bars, gyms, movie theaters, museums and more, the mayor stated that the Health Pass for Maui won’t be as restrictive.

During a press briefing hosted by Hawaii Governor David Ige, Mayor Victorino unveiled some details about the upcoming health pass: “For Maui we have a modified version, where customers would be required to show vaccination–vaccination cards, or some sort of verification.”

So far, the details state that the pass will only be used for restaurants throughout Maui County. Also, unlike the Safe Access program, the pass won’t apply to employees. The mayor stated that they are leaving it up to the individual businesses to make that decision.

“As far as the employees, that mandate really is coming from their businesses… So I’ve left it in the businesses’ hands to require the vaccination passport for their employees. But we’re working through this and there’s some other modifications that we’ll look at as we move along,” said the mayor.

Because children ages 12 and under are not yet eligible for the vaccine, this health pass doesn’t apply to them.

The mayor also mentioned that those customers who don’t have proof of vaccination may have access to outdoor seating or take-out at restaurants in the County.

The rest of the details on the Maui County health pass are scheduled to be unveiled next week.

Hawaii Officials Continue To Recommend Against Travel At The Moment

Just two weeks before the announcement of the Maui Health Pass, the Governor of Hawaii made a public statement advising against any non-essential travel throughout the islands, saying that “now is not the time” to travel around the state. The recommendation applies to potential visitors as well as residents of Hawaii until the end of October.

Hawaii’s Big Island and the island of O’ahu currently have restrictions on big gatherings in order to slow the spread of the virus, as a number of hospitals continue to be pushed beyond capacity. Restrictions on the Big Island include no gatherings larger than 10 people, both indoors and outdoors. There are a number of restrictions throughout O’ahu which are set to be in place until September 22nd (with possible extensions) and you can see all the details here.

Proof Of Vaccination May Vary Depending On The County

As for mandatory proof of vaccination on other islands in Hawaii, the governor said at the press briefing that each county is different and different actions may be taken depending on the situation.

The governor did emphasize that he is continuing to work with officials across the state and that, “We are building the infrastructure to allow verification of vaccination–for those vaccinated in the islands. I do and have acknowledged as we discussed this with all the mayors, that every county is different and that different actions might be necessary.” 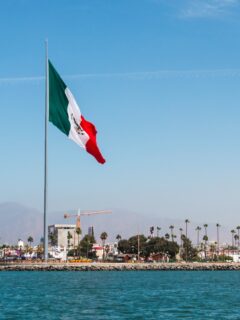 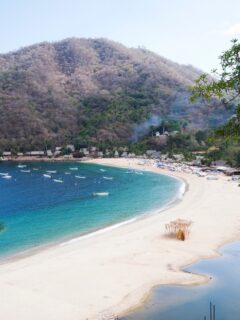 Next
Top 7 Unique Things To Do in Yelapa, Mexico
Click here to cancel reply.

So we are coming to Maui from Canada in October. We are fully vaccinated but have been told that Canadian vaccinations are not accepted so we have to pay for negative COVID test. Considering the amount of Canadians that own property there and have their vaccine I think this needs to be revisited. Our vaccines are just as effective as the American vaccines. Ridiculous.

@Jo-Anne Lee, you are absolutely right. This is ridiculous. We are going to Maui from October 1 through the 8th and can’t get any answers on the new restrictions. The mayors office told us to call a week before we are set to go.

@Jo-Anne Lee, can you define effective?

Ridiculous. The people being hospitalized are essentially just the unvaccinated. If unvaccinated people want to take their chances and dine in public places, let them. We all know how this works by now. Besides the idea being completely illogical, a dead phone or a lost card shouldn't make a business treat me like a dog.