Not wasting any time in protecting its pristine coastline from being flooded by an undesirable amount of algae, which looked set to disturb beach breaks for millions of tourists, Mexico will be adding seaweed barriers to some of its most popular hotspots. Among them, Cancun and Playa Del Carmen look set to benefit from the newly-announced measure.

The Riviera Maya is currently one of the most visited – if not the number one – Caribbean destination right now, due to Mexico’s extremely relaxed approach to Covid management. With no Covid restrictions at the borders, and limited mandates within the country itself, the Mexican Caribbean, and especially Cancun has been attracting a record number of tourists lately.

Now, those fearing their highly anticipated vacation to Quintana Roo would involve swimming in seaweed can put their worries to rest.

Mexico Makes It Clear Tourist Satisfaction Is Their Top Priority

Following the arrival of large amounts of sargassum to several Mexican beaches along the Caribbean coast, Mexico will finally install barriers to divert their course. Although the algae in itself is not dangerous, it has a characteristic strong smell and threatened to impact negatively the experience of regular beachgoers, including American visitors.

On top of that, an excess of seaweed can also give beaches a more ‘polluted’ look. Quintana Roo authorities are aware of that, and in order to keep tourist satisfaction rates high, the state will put barriers in place next month, as reported by the Secretary of the Navy. Unfortunately, some seaweed has already reached Mexico’s world-famous shores.

Despite the noticeable increase in sargassum, which is a serious concern for the tourism industry, State Governor Carlos Joaquín González confirmed action is only being taken from April onwards. Unable to wait until the situation is resolved, popular resorts have even begun removing it manually with rakes and wheelbarrows.

Although Cancun Beach is yet to be severely affected, Mahahual has been battling a massive arrival of seaweed this week, with more expected to come in the following weeks. According to Esteban Amaro, a spokesperson for Quintana Roo’s Sargassum Monitoring Network, ‘a massive patch’ of seaweed is heading towards popular sunny destinations.

What Is Behind The Phenomenon And Will It Get Worse?

The reason for the piling seaweed is the warmer seawater temperature, which cause algae to reproduce more on a larger scale. Besides Mahahual, Amaro also listed Solidaridad and Tulum as other beaches that have been affected lately. Additionally, numerous hotspots between Cancun and Puerto Morelos have reported equally high levels of seaweed on their sands.

While acknowledging the arrival of sargassum as a natural phenomenon, the Governor reassured tourists they ‘will be working with the Secretary of the Navy, the municipalities, the hoteliers, the private initiative, with our best effort to keep the beaches clean’. Sadly, as global water temperature rises, seaweed is set to gather in Mexico’s beaches for years to come.

As reported by the Cancun Sun, as much as 80 tonnes of sargassum reached Playa Del Carmen last week. Due to the overwhelming amount of algae, the beach destination will already receive its first barrier in the first week of April, followed by Tulum in the second week of the month. Meanwhile, barriers are due to surround Puerto Morelos as of this week.

In 2021, Cancun officially became the second most visited destination in the world, and 2022 looks like a promising year, with 6.1 million tourists expected in the first quarter. Recently, the city also dropped its mask mandate along with other municipalities in Quintana Roo, making it an even more attractive destination for foreign tourists.

Although seawood may be a small inconvenient, tourists will also start benefiting from a series of initiatives aimed at improving their own experience while traveling to the Riviera.

Recently, several brand new resorts opening in Cancun in response to the surging demand, while processing times at Cancun Airport are being streamlined in order to ensure smoother entry.

When traveling to Cancun, Americans are only expected to carry a valid passport and are not subject to any Covid-specific entry regulation. This means both the vaccinated and unvaccinated can visit test-free, and once inside Mexico, enjoy similar freedoms, such as unrestricted entry to venues. the same applies to other destinations in the wider Mexican Caribbean. 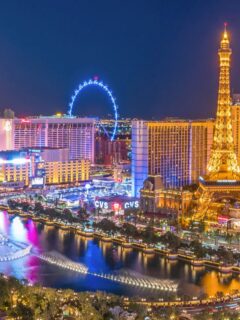 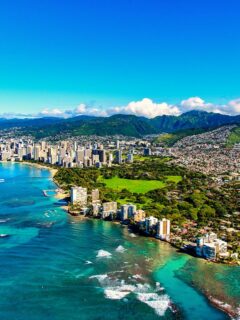 Next
Hawaii Officially Has Ended All Covid Restrictions Including Masks
Click here to cancel reply.

Here in Cancun zone now and they are not cleaning the seaweed at all. It’s awful! You are not able to swim or walk the beach…