The president of Mexico has recently proposed a new cruise port for the coastal resort town of Playa del Carmen – in Mexico.

In a press conference – which took place last week – the country’s President, Andrés Manuel López Obrador announced plans to gain back the ownership of 2000 hectares of land – which he hopes will play host to the planned cruise port.

The land was previously handed over to a North American company by one of Mexico’s former presidents – Ernesto Zedillo – who spent 6 years as leader of the nation’s government, from 1994 to 2000.

The land is currently being used for construction purposes, with the U.S. company – which goes by the name of Vulcan Materials – extracting gravel from the site, exporting it back to North America, in order to use it to construct roads inside the country.

However, Mexico’s current leader, Andrés Manuel López Obrador, is hoping to be able to come to an agreement with Vulcan Materials, which could potentially lead to the land being returned to Mexican ownership – so that a cruise port can be constructed on it.

Alternatively, it was mentioned that if the land was not to be used to host the planned cruise port, then it could instead be used to play home to an ecotourism complex.

And, this would also go inline with Mexico’s focus on ecotourism – with the nation already having introduced a number of policies and programs which are focused on sustainable tourism.

Although there is no doubt that the construction of a cruise port in Playa del Carmen would raise the profile of the resort town even further, there are a significant number of the town’s businesses that have opposed the idea.

The main people that have objected to the plans are those involved in the local hotel and accommodation industry – with hotel owners from the likes of Playa del Carmen and Cancun believing that it could be detrimental to their businesses.

This is due to cruise ship goers usually only being given a short space of time to explore one place – which would effectively mean huge numbers of tourists only coming to Playa del Carmen for a few hours and then leaving the town to continue their cruise.

Therefore having no need to take advantage of the wide variety of hotels, hostels and other accommodation options currently on offer in Playa del Carmen.

Hotel businesses have also recently displayed their displeasure regarding a lack of regulations when it comes to tourist accommodation in Playa del Carmen – with companies such as AirBnB proving to be extremely popular amongst visitors to the resort town.

However, for cruise ship companies there is no doubt that having a port located at Playa del Carmen would be hugely beneficial for them – as it would allow them to take full advantage of huge numbers of tourists flying into Cancun International Airport.

This is not the first time that Playa Del Carmen has made headlines in the last week or so – with the town having seen large amounts of seaweed arrive on its beaches just last week.

And, it is expected to become even worse in the coming weeks – with experts predicting more and more algae to flood the country’s beaches.

There was also the announcement that Playa del Carmen will soon be home to a brand new all-inclusive – and adults-only – attractive resort, named Secrets Moxché Playa del Carmen, which is due to open its doors next month (April 18). 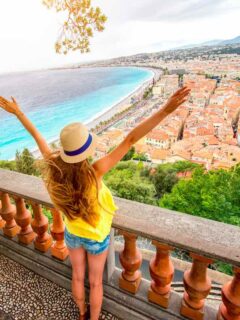 Nothing like ruining all the beaches and reefs with your cruise terminal. We love this area for scuba diving, but development is getting out of control. The cruises can go to Cozumel where they are also killing the reefs.

A real environmental disaster, while Venice Italy, stop them...

So tacky. Riviera Maya has really gone down hill the last 5 years.