The Mexican state of Quintana Roo is to implement a so-called “Tourist Battalion” to alleviate security concerns for visitors to the area.

Quintana Roo is the heart of Mexico’s tourism industry, and includes major hotspots like Cancun, Tulum, and Playa Del Carmen in its state lines.

The 1500 strong, automatic weapon wielding force will be dispersed strategically across the state, focussing on the most popular destinations, in an attempt to crack down on local gang related violence and protect the revelers enjoying their vacations.

Mexico is currently one of the only countries in the world with no entry requirements for tourists, making it a prime destination for Americans in particular, who’s borders have recently opened.

But in recent weeks, Mexico has been bearing the brunt of an increase in drug related violence, culminating in the deaths of several tourists in Tulum. The city had garnered a positive reputation in recent years as a relaxed beach town, enjoying less crowds than the more popular Cancun. But a gang related shooting in the center of the city ended with two women, a German and a Californian based Indian, caught in the crossfire and killed.

Later in the week, the gang responsible, who are an enforcing arm of the Gulf Cartel, issued a warning that the shooting was a reminder to those establishments paying protection money in the area. The gang has long extorted clubs and restaurants in Cancun for protection, but Tulum now looks to be under the group’s umbrella.

Around 250 national guard soldiers had already been deployed to the area after similar events in Cancun just two weeks later, although only gang members, not tourists, were killed in the incident. The new bolstered force’s charge to secure the area, will hopefully curtail any further problems.

Mexico has long fought a reputation battle, with many tourists viewing most of the country as unsafe. The Riviera region is generally perceived as the exception, and in turn has allowed it great success as a tourist destination for beach goers and cruises alike. But the recent events have the potential to cloud that image, and understandably, the government has responded swiftly to protect visitors and ease the minds of potential travelers.

Interestingly, despite the recent events, the number of visitors haven’t dropped significantly, and have actually risen in some areas. This will come as good news to local leaders who, for Tulum in particular, have a lot of plans. A new international airport is in the works, as well as a 900 mile railway system that is intended to connect the beach resort with some of Mexico’s historical landmarks.

The new battalion will begin work on December 1st, and will have as many as 126 Navy Special Operations members involved for internal support. Although the focus will be on the three biggest municipalities of Benito Juárez, Solidaridad, and Tulúm, the government have already stated plans to extend the program to other important tourist sites.

The secretary of National Defense said “This Battalion will provide security to the entire tourist area, as the year progresses we will provide it with the tools to do its job, the equipment it requires to be able to attend this new mission and it will also be able to take this model that we will use here for the first time, this National Guard with its specialty in the tourist area to carry it out in other areas of the republic, in the main tourist sites of the republic”.

Is It Safe To Visit Mexico During COVID-19? 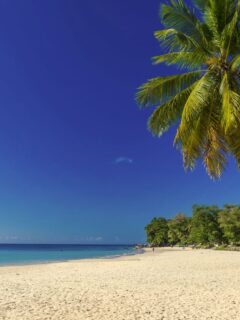 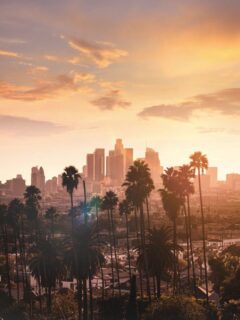 Interestingly they also follow around the municipal police, who are also a danger to tourists especially after midnight on the roads. Hopefully stopping them from planting drugs on tourists motorists and shaking them down for cash.

I am glad that the tourism industry hasn’t been affected by the latest attempt to paint a bad reputation to Mexico. The two casualties weren’t a target but, what we like to call “collateral casualties” when we bomb foreign countries. However, Cancun and its surroundings aren’t known for violence as this article correctly pointed out. Instead, it is known for police corruption and scammers who even have their own reserved spot at the first door exit of Cancun airport, so they welcome tourists by robbing them on their first day of arrival. The National Guard isn’t a tourist protection army and they represent a conflict of interest as they are being used for highway infractions and immigration control. You can imagine how tourists could be subject to harassment by these units rather than protection. It is noteworthy that, in order to counter corruption, the State of Quintana Roo has in its regulation a section (article 241) for the support of tourism that exempts them from any fine when they are being stopped by the police or such. Know your rights, and make a copy so that you can present them to those clueless state actors.

It's very good, there will be fewer vacationers and outrageous prices will drop ;)

Americans are getting attacked and robbed and word of mouth travels like wild fire!!! Who would want to go somewhere and spend money when they have to have armed military to protect them!!!! What a shame!!!! I know my friends and I will NEVER plan a vacation to Mexico EVER AGAIN

@Margie Davis, Please....don't tell the world. Merida is so hot its unbearable. Hard to catch a breath it's so humid. And mosquitoes so big they can carry a person away. But the people are so nice it's worthy of a visit.

@Sue, Quintana Roo is not the Mexico I visit. It's only for tourists to spend a lot of $$ in their watered-down culture. The best places in MX are in Yucatan & Campeche. The beaches may not be as blue but the culture is genuine. Merida & the city of Campeche are glorious! There's no border issues, no cartel, no competition for exploiting tourism. Research it! Many ex-pats live there & the Mayan culture is alive & well!