Connectivity across the Yucatan Peninsula is set to improve dramatically this year. A new scenic train linking the region’s top cities is launching, further easing travel for tourists. On top of that, one could argue it will be the safest transport mode in Mexico, after officials confirmed the National Guard will patrol the railway along the entirety of its extension.

The so-called Tren Maya has been years in the making, having faced numerous setbacks since it was first introduced to the public, be it legal disputes with landowners, who strongly opposed the routing of the train, or environmental protests. Beating the odds, the inauguration will still be going ahead as planned.

With that being said, safety remains a primary concern for travelers, especially when it comes to infrastructure projects of this magnitude:

As reported by our sister website The Cancun Sun, the National Guard will be deployed to stations along the Tren Maya route, as soon as operations begin, to ensure visitors are safe. The railway extends for an impressive 1500 km, going on a loop around the Yucatan Peninsula, where some of Mexico’s most popular beaches and historical sights are located.

However, both the novelty factor, and the fact it is designed to strengthen links between coastal attractions have given rise to security concerns, amid an increase in scamming and petty crime rates in Cancun, Tulum and surrounding towns. After all, who’s to say the train will be safe for foreigners to travel on, and that they won’t be targeted by criminals?

Luckily, the Government has the perfect answer to these challenges: in the words of Obrador himself, the Mexican Presdient, the National Guard is responsible for overseeing and ‘protecting’ the Maya Train. They are none less than the largest security force south of the border, formed in 2019 in response with the aim of fighting organized crime and policing tourist hotspots.

The National Guard has been summoned before, being stationed in Tulum over the peak season after some shootings led the mainstream media to question Mexico’s safety as a destination, even though violence normally affected only those participating in turf wars. Be that a it may, Obrador is not taking any chances with his train, touted as the country’s greatest tourist offer yet.

The Safest Transport Mode In All Of Mexico?

The Guard will patrol not only stations, so customers are not approached by fake ticket sellers and pickpockets, but also the interior of carriages and critical infrastructure. The presence of officers will also deter criminals from boarding the train, discouraging them from using the railway in drug trafficking schemes, or with other malicious intent.

Already, the armed forces are monitoring the dense rainforest areas where the tracks are being laid, in order to guarantee construction works meet the highest possible standards and dodgy activities are promptly identified. Based on these information, and the low-risk nature of train travel, we can safely assert the Tren Maya will be the safest way to travel in Mexico.

In total, the cost of the project is estimated at USD $20 billion, and alongside Magical Towns and wellness-centered experiences, it is at the forefront of Mexico’s post-pandemic tourism revival. Oce finished, the train will have the capacity to carry tens of thousands of passengers daily, bringing visitors closer to beautiful off-path locations that could only be accessed by road.

How Safe Is The Yucatan Peninsula As A Whole?

There are 3 states in the Yucatan Peninsula of Mexico, where the train will run its trajectory, and all of them are deemed relatively safe to travel by U.S. authorities, as of January 2023:

Out of the states in the peninsula, only Quintana Roo has been issued a Level 2 status by the U.S. Department of State, due to crime and ‘kidnapping’ risks, though only a single kidnapping case was recorded between January and September 2022. This proves even Level 2 destinations in Mexico are doing more to improve security than they get credit for.

The Tren Maya leaves from Cancun for the first time this December. 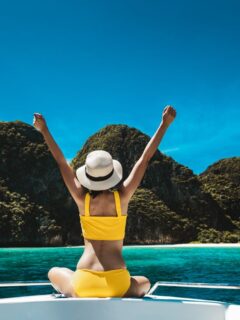 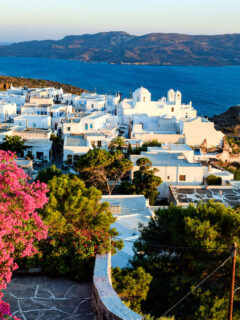 Next
Greece Is One Of Europe's Top Destinations For 2023 - These Are 3 Of The Most Beautiful Islands To Visit
Click here to cancel reply.

still renting a car. unless cabs are dirt cheap.....still need wheels for the "last mile"