Authorities in Miami Beach have been forced to issue a curfew in parts of the city following several violent incidents that have occurred so far over the Spring Break period. The famous city has long since been a popular destination for Spring Break revellers from all over the country, yet those planning on descending upon the city over next few days will find themselves having to contend with the newly imposed curfew, which could curtail the festivities that they had planned.

Whilst it may put a dampener on proceedings, the curfew isn’t quite as severe as the city has seen in previous years, and party goers should still be able to let loose and have fun as per usual. Here’s everything you need to know about the curfew, including why it has been issued, when it is until and which areas of the city it is set to affect.

With its warm weather, numerous beaches and fun, laid-back vibe, it’s easy to see why revellers flock to Florida in their thousands every Spring Break. One of the main attractions of the state, Miami Beach is amongst the most popular domestic Spring Break destinations for travelers and, whilst most visitors are more than capable of visiting the city and behaving themselves, there are also those who spoil it for the rest of the travelers.

Miami Beach officials yesterday declared a State of Emergency in the city following a spate of the shootings that occurred over the weekend. Addressing the issues, Mayor Dan Gelber said:

“We intend to declare a public emergency effective this Thursday… It’s going to implement a midnight curfew, beginning Wednesday night, Thursday morning, at 12:01 a.m., going through the weekend. This isn’t your mother and father’s spring break. This is something wholly different.”

The curfew is set to be in place from midnight through 6am on Thursday, Friday and Saturday. It will cover the area south of 23rd Street down to South Pointe Drive, from the Atlantic Ocean to Biscayne Bay, with Ocean Drive and Seventh Street being the general area of where the most recent shooting happened. The curfew is set to remain in place until March 28th at the earliest.

This isn’t the first time that authorities in the city have been faced with such problems. Last year, more than 1000 Spring Break arrests were made in Miami Beach, during a time when curfew had to be set at 8pm in an effort to try and prevent violent incidents from occurring further. With strong early measures in place this time around, travelers and the police alike will be hoping that this year’s figures don’t reach those totals.

However, whilst the violent spree may be occurring at a time when many travelers from outside of the state venture in, the majority of offenders are actually those living locally. Since the police started their Spring Break enforcement on February 18th, the majority of the arrests have been people who live locally in Miami-Dade County – not those coming for Spring Break fun.

Fortunately for travelers, even if the party is over in Miami Beach, there are plenty of other Spring Break hotpots and things to take advantage of in Florida. Orlando and its theme parks may offer a more wholesome experience for travelers, whilst Fort Lauderdale has several beaches that are bound to hit the spot for party goers.

Cancun Removes The Mandatory Use Of Masks Outdoors 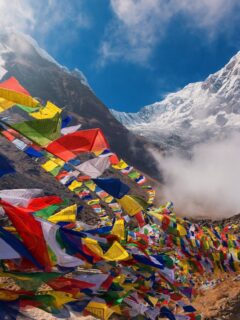 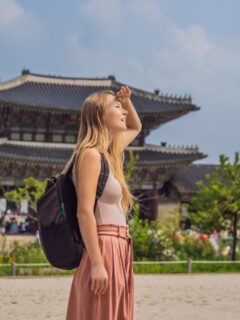 Disgusting, especially since its LOCAL people

Glancing at the headlines, it's going to be assumed tourists causing it. and/or changing plans.

@HealthFreedom, having my doubts that it is the "locals" . If this was so, chaos will be the norm every weekend not just during spring break.