All US cruise ships carrying passengers have reported COVID cases. The CDC has reported that all 92 vessels have met the minimum threshold for investigation. The organization has already opened inquiries into every ship.

The news compounds what has already been a bad month for both passengers and the industry as a whole.

Just last week, the Center for Disease Control and Prevention warned citizens to avoid all cruise sailings, regardless of vaccination status. The level 4 designation puts cruise travel as a “very high risk” activity. The industry as a whole seemed to disregard the advice, along with many passengers who seemed unfazed by the announcement.

Cruises continued to set sail from all the major ports despite the developments. But the new announcements highlighting the depth of the problem has finally prompted scheduling changes. Royal Caribbean and Norwegian Cruises have both canceled multiple sailings and Norwegian’s cancellations have gone as far forward as April, prematurely ending schedules for eight ships.

On Wednesday, Norwegian turned its ship, Norwegian Pearl, back to port in Miami after only one day. The cruise was intended to last 12 days, but was ended because of “COVID related concerns”. Norwegian Sky, Pride of America, Norwegian Jade, Norwegian Star, Norwegian Sun, and Norwegian Spirit are all facing cancellations going forward.

All passengers booked onto these ships are receiving a full refund plus certificates for future sailings.

Carnival appears to be the only carrier sticking to its guns and has reported no cancellations as of today.

December and the arrival of Omicron marked the beginning of the industry’s troubles, as several high-profile outbreaks on some ships came to light. Carriers were faced with the problematic situation of being mid-cruise as large groups tested positive. All carriers claim to have followed procedures correctly and were quick to point out that although the numbers seem concerning at face value, they represent a tiny percentage of the total population on board.

The CDC views a 0.1% positive case rate on board as enough to warrant an investigation. Several of the outbreaks had as many as 50 infected passengers or crew involved, with over 5000 people on board the ships.

All cruises require passengers over 12 to be fully vaccinated and tested before boarding unless a very small number of health exceptions are met. All the ships with outbreaks had vaccinated populations well over 95%.

As the outbreaks became more regular, many ports of call in the Caribbean were reluctant to accept passengers on land for their day excursions. Many of the passengers who have canceled since December have quoted the possibility of itinerary changes as a major factor, as opposed to the possible health risk.

When the industry opened after a lengthy absence, it was promoted as being one of the safest ways to travel. Many in the sector are still claiming this is the case, pointing out that rates are still lower than many tourist destinations on land.

“The cruise industry is the only industry in the U.S. travel and tourism sector that is requiring both vaccinations and testing for crew and guests.” They stated they found it “particularly perplexing considering that cases identified on cruise ships consistently make up a very slim minority of the total population onboard—far fewer than on land—and the majority of those cases are asymptomatic or mild in nature, posing little to no burden on medical resources onboard or onshore.”

Passengers hoping to set sail in the near future are strongly recommended to keep abreast of changes to itineraries or complete cancellations. Make sure to check cancellation policies to ensure you are not out of pocket if the worst happens.

Check our list of cruises, airlines, and hotels that allow travelers to cancel last minute.

What To Do If You Test Positive Right Before Your Trip? 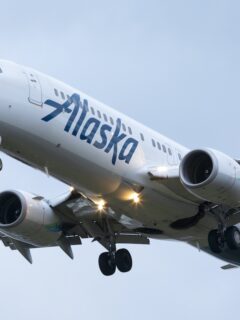 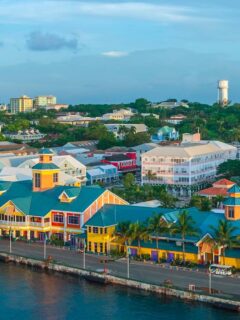 because all passengers and crew are required to be vaccinated!

It's the PANDEMIC of the VACCINATED! All those reports of "breakthrough" infection which directly correlates to vaccination rate.

We just got off 16 day cruise. Where the Officers claimed to take health policies VERY serious. Yet while we are standing there discussing this. We are watching people being served and moving thru the interior of the ship with no masks and no Officers or crew making any attempt to enforce their policies.