More Flight Cancellations Expected As Omicron Sweeps Across The U.S.

With the swift spread of the new highly contagious Omicron variant, numerous airlines have been forced to ground flights either due to disruption caused by travel restrictions or other restrictive guidelines.

In North America, the phenomenon has been particularly accentuated, with flight cancellations topping 1,500 in the United States alone over the Christmas period.

Unfortunately, more cancellations may be expected as Omicron continues to drive up infections across the majority of US states.

A Weekend Of Chaos For US Travelers

According to data shared by flight-tracking website FlightAware, more than 7,500 flights have been cancelled worldwide over the Christmas weekend, causing major turmoil in what is one of the busiest periods of the year.

Airlines in the US have been hit significantly hard, with Delta accounting for a whopping 344 of the flights cancelled on December 25, and a further 300 on December 26.

For American Airlines, the cancellation tally affected 3% of its schedule, with total Delta. United and JetBlue have also been severely affected, with at least 100 cancellations each through the holidays.

What’s Truly Behind The Mass Cancellations?

Flight cancellations tend to be especially prominent when new COVID-related restrictions are enacted by national authorities in order to stem new surges.

A higher number of cancellations are also expected during wintertime, as weather conditions normally deteriorate and heavy snow in some parts of the US can halt airport activities altogether.

However, the round of new mass cancellations seem not be related only to new border measures or cross-national clampdowns: the new variant has caused an overwhelming number of employees to call in sick, leading to staff shortages in several US-based airlines.

As a Delta spokesperson stated amidst the Boxing Day cancellations, “winter weather in portions of the US and the Omicron variant continued to impact Delta’s holiday weekend flight schedule”.

A statement from United has also confirmed that the Omicron “had a direct impact on our flight crews and the people who run our operation”, signalling this could be an ongoing trend over the next few months as Omicron continues to spread.

On the other hand, should the Federal Government shorten the required quarantine for airline staff who test positive, impact could be less severe.

What Is The COVID Situation In America Right Now

While scientists are still working to establish whether the new variant, which was first identified in South Africa, presents a bigger threat, it already seems to be overtaking the previous Delta variant as the dominant strain worldwide.

In the US, which has already breached 52 million COVID cases since the pandemic started, rates are also going up with chief medical advisor to the President Anthony Fauci issuing stark warnings.

According to Fauci, who recently appeared on ABC’s ‘This Sunday’, cases are going “up and up” with the last weekly average totalling 150,000, though that is likely to be an underrepresentation of much higher figures.

On December 24, 33.74% of sequenced samples in the US indicated infection by the Omicron variant, up from just 2.25% on December 13. As a result, popular holiday destination Puerto Rico has once again tightened entry requirements for mainland visitors.

What This Could Mean For US Passengers In The Near Future

As Omicron becomes the dominant variant, US passengers should brace for more potential cancellations and possibly further restrictions.

A group of Democrat lawmakers went as far as penning an open letter to the Centers for Disease Control and Prevention (CDC) and Federal Aviation Administration (FAA) requiring the implementation of mandatory vaccination proof or testing for domestic flights.

Under current policy, vaccine and testing mandates are only required for international passengers flying into and out of the US. 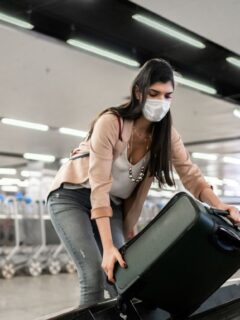 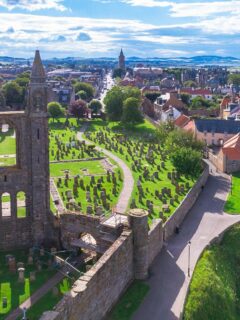 Oh no, a few people have the sniffles. Let's shut down the world and stop living over it...