On the airline’s official website they state, “An airline should do more than just ‘get you there.’ Northern Pacific Airways will be a new bridge between people and place, connecting the U.S. to Korea’s and Japan’s breathtaking sites and millennia-old culture.”

This low-cost carrier was launched by Rob McKinney, the same CEO of Ravn Alaska – a regional carrier based in this northern state. This new airline is hoping to follow a similar model and design to Icelandair, the flag carrier of Iceland. Northern Pacific’s plan is to use their strategic geographical location to its advantage, by creating a hub at Ted Stevens Anchorage International Airport in Alaska. This plan is very comparable to the way Icelandair uses the hub at Keflavik International Airport as a major transit point between Europe and North America. Northern Pacific Airways plans to offer passengers low-cost fares while connecting the lower 48 states to Asia, with a stopover in Anchorage.

Currently, there is not a single airline or even flight that directly connects Alaska to any city within Asia. Northern Pacific Airways looks to change this, hoping to appeal to passengers traveling to the U.S. and Asia, but also looking to explore such unique experiences like the northern lights and Denali National Park and Preserve.

Using Icelandair as an influential model, Northern Pacific Airways plans to also offer stopover packages to customers. These packages would allow travelers to visit Alaska on a multi-day layover, en-route to their final destination.

Northern Pacific Airways has already announced future destinations and cities they hope to serve. In Asia, they plan to fly to three separate cities in Japan — Nagoya, Osaka, and Tokyo and also plan to serve Seoul, in South Korea. In the United States they intend to have flights from Las Vegas, Los Angeles, New York, Orlando, and San Francisco.

As of now, there are still strict travel restrictions in place within Asia, but CEO Rob McKinney stated this week, he feels “optimistic that we’ll be past the peak of the pandemic by the time the airline gets into the air and that restrictions will ease.” The airline is hoping to launch commercial flights sometime around August 2022.

Though there is not an official launch date, Northern Pacific Airways is continuing pushing forward with their plans. They recently have purchased six Boeing 757s that were formerly owned by American Airlines — and as recently as this week, they revealed their first aircraft in San Bernardino, California. They plan to initially fly Boeing 757 aircraft exclusively on these routes, with a possibility of expanding to the 737 Max 9 and the Airbus A321XLR in the future.

While the exact cabin layout hasn’t been revealed, Northern Pacific Airways does plan to have a premium economy option, extra legroom economy, and regular economy at reasonable fares.

Northern Pacific Airways plans to be a part of Ravn Alaska’s cryptocurrency-based loyalty program, FlyCoin. This is a unique frequent flyer program that uses cyptocurrency instead of miles or points.

McKinney said, “You can either buy future travel with your cryptocurrency, or you can put it on the exchange and trade it to some other kind of cryptocurrency, you can trade it back into fiat money.” McKinney also mentioned that he is hoping to form an agreement with merchants at the Ted Stevens Airport in Anchorage to accept FlyCoin as a form of payment in the future.

With the introduction of this new airline, travelers looking to experience the northern lights AND the bustling city of Tokyo may be able to experience two bucket list trips for the price of one. 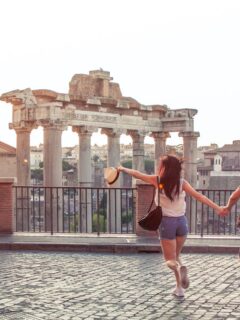 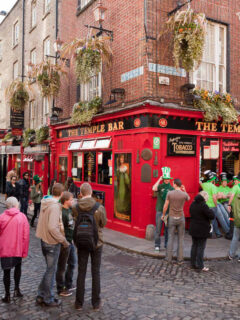 Next
Ireland Ending Almost All Restrictions Including Health Pass And Curfew
Click here to cancel reply.