After months of speculation and waiting, the new ‘Celebrity Beyond’ cruise ship is set to be the first to offer travelers the use of Elon Musk’s Starlink internet. The new technology has been heralded as a way to provide better quality internet access to passengers in remote places, making them ideal for industries such as cruises and air travel. Now, three months after the U.S. Federal Communications Commission (FCC) authorized the use of the technology, it will be making its way to the open seas.

A subsidiary of the Royal Caribbean Group, Celebrity’s new Celebrity Beyond ship may be the first to officially use it, but it won’t be the last, with the technology expected to be installed across all of the company’s fleet. Here’s a look at the decision to roll out the use of Starlink across the Royal Caribbean group’s fleet, plus more information about what Starlink is and what passengers on cruises can expect from it.

Starlink On Celebrity – Information For Travelers

As those who have been on a cruise will attest, internet speeds at the best of times can be a lot slower than most travelers are used to, with speeds seldom his the double digits. This can lead to frustration and stress – two words that should never be associated with cruise travel. However, the days of terrible latency and slow connections may be over, following the announcement by the Royal Caribbean group that Starlink is set to be rolled out across their fleet in a press release this week.

The press release stated that Starlink would be installed on all Royal Caribbean International, Celebrity Cruises, and Silversea Cruises ships, along with all new vessels for each of the brands. Providing internet access via a cluster of highly-advanced satellites located in the lower Earth orbit, Starlink is set to be a gamechanger for cruises, allowing guests to perform higher-bandwidth tasks such as video streaming and calling – and it could make remote work from a cruise ship a possibility.

The first ship to have the Starlink technology installed following this announcement will be Celebrity’s newest ship, Celebrity Beyond. Beyond will have Starlink up and running just in time for its five-night voyage to the Western Caribbean this November and its 9-night sailing to Aruba, Curacao & Cayman in December. The ship can hold up to 3260 passengers and has a variety of Caribbean-based sailing itineraries from Fort Lauderdale, Florida, ready for booking on its website.

“Our purpose as a company is to deliver the best vacation experiences to our guests responsibly, and this new offering, which is the biggest public deployment of Starlink’s high-speed internet in the travel industry so far, demonstrates our commitment to that purpose. This technology will provide game-changing internet connectivity onboard our ships, enhancing the cruise experience for guests and crew alike. It will improve and enable more high-bandwidth activities like video streaming as well as activities like video calls. Using Starlink is one more example of our continued focus on innovation and excellence for our guests, our crew, the communities we visit and our shareholders.”

The cruise industry isn’t the first industry to offer the use of Starlink to its passengers. Hawaiian Airlines revealed back in April that they would be allowing passengers to use the service free of charge on board their flights, becoming the first airline to do so – though passengers will have to wait until next year or beyond to be able to use it.

These Are The Top Trending Travel Hacks On TikTok Right Now 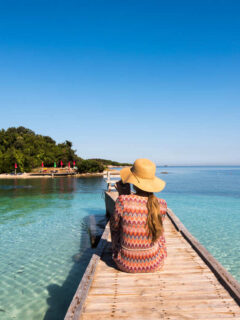 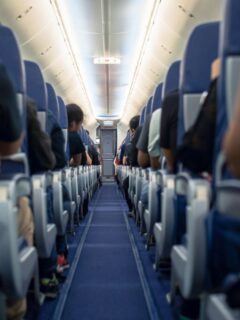 Next
How And When To Find The Best Flight Deals, According To Google
Click here to cancel reply.