With travel numbers hitting new pandemic heights recently, the return of passengers to the world of air travel has not entirely been the success story you might expect it to be. Whilst travelers finally being able to take to the skies and go on vacation should be celebrated, unfortunately, it hasn’t always resulted in happy endings.

For many airlines, more passengers have simply resulted in more problems, with the number of unruly instances on airplanes continuing to rise – and the FAA isn’t going to tolerate it anymore. Here’s everything you need to know about this story, including what airlines are doing to combat the issue.

Tensions In The Air

Flying to have all sorts of effects on passengers. From fear to elation, anxiety to boredom, it affects all passengers differently, and a return to the skies after so long without was bound to come with a few bumps in the road. However, the worrying trend is that there’s more than just a few – and that the numbers seem to be rising.

Statistics published on the FAA’s website show that investigations into the instances of unruly passengers onboard aircraft have hit a new high – despite only being updated on May 25th of this year, with months to go until the year is out. Since January 1st, the FAA has received about 2,900 reports of unruly passenger behavior, whilst the total number of investigations by the FAA between 2010 and 2020 stands at only 1,548.

Unruly behavior can come in the form of several different infractions. The majority of the complaints center around the wearing of face masks on board. Despite the wearing of masks on an aircraft being a federal mandate, an increasing number of passengers are simply refusing to wear the coverings when on a flight. Out of the 2,900 reports, some 2,200 involved passengers refusing to comply with the simple instruction.

However, as well as mask-related mishaps, some passengers have also been involved in violent altercations with airline staff whilst onboard. One such incident at the end of May resulted in a flight attendant for Southwest Airlines lose two teeth as a result of an assault by a passenger, leading to widespread condemnation by those in the industry and swift action by airlines.

In order to combat the rise of such incidents in the air, airlines have taken protective measures to prevent them from happening in the first place. Both American and Southwest made the decision two weeks ago to stop the sale of alcohol on their flights, with alcohol thought to be one of the reasons behind the rise of bad behavior.

The FAA has also taken a firm stance on the issue, by pursuing offenders with heavy fines. One passenger, who refused to comply with flight attendants who told him to wear his mask while not eating or drinking at least 10 times and was drinking mini bottles of alcohol that had not been served to him, is facing a $15,500 fine – enough to make people think twice before acting up.

Other examples of passengers facing heavy fines include an Alaska Airlines passenger who was accused of smoking an e-cigarette and refusing to wear a mask on board facing a $10,300 fine, and a $52,000 fine for a passenger who attempted to open the cockpit door and also struck a flight attendant in the face. As fines increase with the number of passengers, hopefully behavior starts to improve too.

12 Countries Adopt EU Travel Certificate With Others On The Way 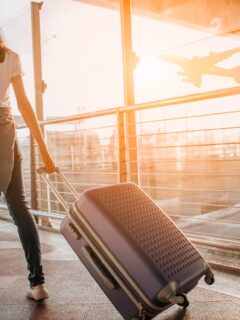 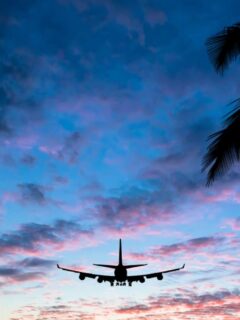 The problem are not the people who revolt. The problem is the underlying cause why people revolt.

Dont give people a reason to revolt and there will be peace. But who seeds orwellian measurements will harvest revolt

Heavy fines is not the answer. The airlines are refusing to litigate crimes committed aboard aircraft. The fool who attempted to open a door during flight will be charged a $10,000 fine but many of the worst offenders I see on YouTube are those who scraped a few dollars together for the fare, not capable of even paying a minimum fine. Do we still have jails available ? Are airlines content to receive a few dollars to compensate for those who physically attack crew members ? What a joke !

stop serving alcohol and 90% of your problems will disappear

Face masks have to go away !!! It is enough

This is not enough. In addition to the heavy fines, these passengers should be banned from the airlines. If you don't want to wear masks then don't fly, because that's a pre-requisite, not a surprise.