A few days ago, the French rail operator SNCF and the German rail operator Deutsche Bahn shared a joint statement announcing that both companies will work together to offer high-speed train services connecting Paris to Berlin. By the end of 2023, travelers will be able to take one train from Paris and arrive in Berlin in 7 hours.

Jean-Pierre Farandou, the SNCF CEO, said to AFP: “It makes sense because we see that people are accepting longer and longer journeys. There are really people who are willing to spend five hours, six hours, seven hours on a train.”

The decision has been made making multiple considerations, like traveler’s interest in more environmentally friendly options, that the demand for train transportations remains very high in Europe, and considering as a reference successful long routes like Paris-Milan.

Alain Krakovitch, Director of the TGV—French high-speed trains— at the SNCF, explained more: ​​”The observation we make today is that Paris-Milan and Paris-Barcelona have amazing occupancy rates: on Paris-Milan, the offer has doubled with the arrival of Trenitalia (the Italian high-speed rail company that began operations in France last year), and despite that, the trains are full.” And added: “We should be able to have the same thing on Paris-Berlin.”

Richard Lutz, CEO of Deutsche Bahn, has also mentioned feeling very proud and optimistic about this decision: “I firmly believe in the great potential of the railways in and for Europe. Our planned new direct connection between the hearts of our two capitals will inspire even more people to travel by train.”

The news was announced during the celebration of the 15 years of Franco-German cooperation on May 24. As part of the celebration of their alliance, the companies are offering 15,000 low-cost tickets until June 8 to travel from France to Germany starting at 29.90 euros for second class and 39.90 euros for first class. Also, tickets including local transportation in Germany are being offered, starting at 33.90 euros for second class and 43.90 for first-class. Travelers will be able to use their tickets between June and September 30.

Train transportation has been gaining a lot of popularity not only in Europe but across the world. In the US a high-speed train will soon connect Miami to Orlando, and the Mayan train connecting Mexico, Belize, El Salvador, and Guatemala is under construction.

What Travelers Should Know About This New Paris-Berlin Train

At the moment, travelers can make this route Paris-Berlin making stops at other cities like Frankfurt, Stuttgart, or Mannheim but depending on the different train schedules it can take up to 12 hours. The 7-hours route is expected to be ready by next year, Farandou said: “We want to launch a TGV Paris-Berlin in December 2023.”

Once the new route starts operating, Krakovitch explained that TGVs and ICE —German high-speed trains— will begin operations on this route, serving one trip per day, but they expect to serve 2 trips per day in the future, one during the night and one during the day. Faradou explained: “It will be at the same time, the night train and the day train. We will have the choice according to taste.”

European authorities believe that this new route will motivate travelers to choose eco-friendly alternatives and will promote European connections overall. During the past few years, Germany has been making efforts to promote the Trans Europ Express 2.0 project, a modern version of the old network intended to connect all of Europe.

German Federal Transportation Minister, Dr. Volker Wissing, said: “By train in an environmentally friendly way through Germany and Europe – that is what our TransEuropa Express 2.0 concept stands for. With a view to the major challenges of climate change, rail must also play a greater role in intra-European transport.

Dr. Wissing also added: “With the new high-speed connection between Berlin and Paris, there is another attractive alternative to flying by rail. For 15 years now, the cooperation between DB and SNCF has shown how it can work.” 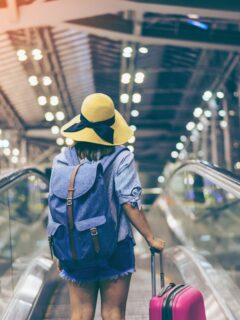 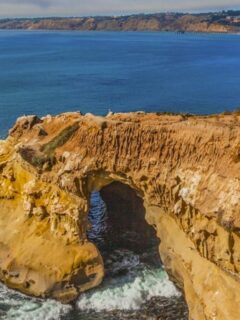 Next
7 Off The Beaten Path Things To Do In San Diego California
Click here to cancel reply.

Asia (Japan, China) is clearly ahead of Europe in regards to high speed train connections. Currently it takes 8.40 hours from Paris to Berlin with a change of train in Cologne. If it will take 7 hours from Paris to Berlin, then that means that it will make quite a few stops along the way and enter some stations that aren’t specifically designed for high speed trains.

@P, Just when chinese trains travel at 600km/h and would do that route in 1.5h. Europe just feels way way behind China.