A new airline will be serving passengers this fall with flights from the United States to popular destinations in Italy. The new airline, temporarily called Italia Trasporto Aereo (ITA) is set to launch October 15th, just one day after Alitalia, Italy’s national flag carrier, shuts down for good. ITA will offer departures from many major US cities starting in 2022.

All about Italia Trasporto Aereo

ITA is a revamp of Alitalia, the national carrier that has been in bankruptcy since 2017.  Since the summer, ITA is looking to buy some of the better assets from Alitalia. These assets include some of its planes and staff. The new airline, however, will be completely independent of its troubled predecessor. ITA is due to acquire 85 percent of Alitalia’s flights departing from Linate Airport in Milan. From Rome’s Leonardo da Vinci airport, ITA will acquire 43 percent of Alitalia’s flight slots.

Besides the  acquisition of flights, planes, and staff,  ITA will have the opportunity to bid on the Alitalia name and brand, which the airline plans to do.

ITA will have its main hubs in Rome and Milan. According to the Associated Press, ITA will start its focus on regional routes in Europe including:

After the initial launch of ITA, the airline plans several long haul international flights. These routes are expected to be offered as long as the COVID restrictions continue to decrease. The transatlantic routes include:

When ITA launches next month, it plans to include 45 narrow-body aircraft and seven wide-body aircraft from Alitalia. Next year, the fleet will increase to 78 planes, that will include 13 additional wide body aircraft and 65 narrow body aircraft. These ‘next-generation’ or modern, planes will phase into the fleet. Over time, they will replace the old technology aircraft. ITA hopes to fly 105 aircraft to 74 destinations worldwide by 2025.

ITA will face some stiff competition in Europe in order to compete with other already established airlines. Since the pandemic began, European budget carriers Ryanair and Wizz Air have mostly monopolized the Italian market. Whether ITA will offer comparable low fares to these European destinations is anyone’s guess. According to Italian newspaper Corriere Della Sera, ITA submitted an economic plan to the European Union that predicts they will turn a profit by the third quarter of 2023.

ITA May Take on Major US Airlines

In the near future, ITA hopes to compete with several major US airlines such as United Airlines, Delta Airlines, and American Airlines for flights to Italy. However, the airline is believed to be in partnership discussions with Delta Airlines. Since ITA’s predecessor Alitalia was a member of Delta Airlines’ Skyteam Alliance for 20 years, it seems like an appropriate fit. This partnership would make it very easy for US passengers to book on  ITA  flights with their Delta SkyMiles. Americans will love the convenience ITA will have with these departures from major US cities.

All About The Egadi Islands, Italy’s Best Kept Secret 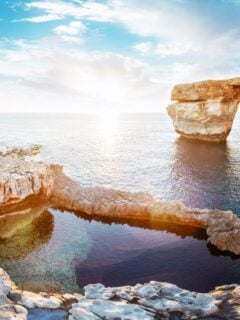 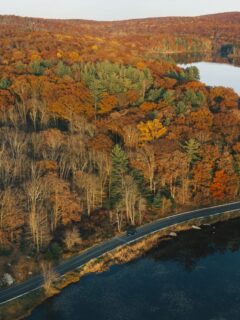