New Mega Cruise Ship Terminal Set To Become The Biggest In The U.S.

The construction of a new mega cruise terminal began last week in Miami, Florida – with it set to become the biggest in the U.S. once complete.

The new cruise terminal is being built in a city that is commonly known as the ‘Cruise Capital of the World’ – Miami, Florida – at the world-renowned PortMiami.

Miami plays host to the headquarters of some of the biggest cruise lines on the planet – with the likes of Royal Caribbean, Carnival Cruise Line and Norwegian Cruise Line all having their main offices based in the city.

What Will The New Mega Cruise Terminal Look Like?

There is no doubt that the new cruise terminal is going to add to the already-impressive skyline that the city of Miami has to offer – with the terminal due to feature a four-story building which will allow for as many as 36,000 passengers to enter its doors on a daily basis.

The terminal building is due to cover an impressive 490,000 square feet – which will allow capacity to host three mega cruise ships at the same time.

There will be three new docks featured at the terminal – with MSC having ownership of two of them, and Miami-Dade County being responsible for the third.

The terminal’s unique look, feel and design is courtesy of the award-winning architecture firm – Arquitectonica – the brains behind some of the world’s most impressive infrastructure.

Along with its jaw-dropping – and innovatively-designed – terminal building there will also be a car park featured at the new cruise terminal, which will allow for 2,400 vehicles to be parked up at one time.

The road leading in – and out – of the terminal is also due to be constructed in a way that will allow for ease of traffic flow.

The New Cruise Terminal Is Due To Be Environmentally Friendly

The new cruise terminal is due to allow cruise ships – when docked – to plug into the local power grid, which goes inline with PortMiami’s plans to offer shore power connectivity. MSC’s cruise ships – including its newest 5,632 passenger flagship, MSC Seashore, as well the company’s planned LNG-powered vessels – will also be accommodated at the new terminal.

When Is The Construction Of The New Mega Cruise Terminal Due To Be Complete?

The construction of the new terminal is expected to be completed by the end of next year, 2023.

The cost of the project is approximately $350 million.

Who Is Behind The Construction Of The New Mega Cruise Terminal?

It is the cruise division of the MSC group and Miami-Dade County that is behind the project of the new mega cruise terminal – with the third largest cruise brand in the world (MSC) hoping to become an even bigger player in the U.S. cruise market.

The terminal was designed by Arquitectonica and is being constructed by Fincantieri Infrastructure.

The President of MSC Cruises USA – Rubén Rodriguez – said that the company is “proud” to have built a “partnership” with the likes of Fincantieri, PortMiami and Miami-Dade County and that “it’s a privilege to be able to contribute to the region’s continued growth and vitality.”

The news that the construction of the soon-to-be biggest cruise terminal in the U.S. has started comes at the same time as other major stories break in the cruise world – with Virgin Voyages having launched its second cruise ship – the Valiant Lady – just last week.

Carnival Cruises also announced that they will be making the boarding process on their ships easier for passengers with the launch of their new VeriFLY app.

And, Brazil has recently started to welcome back cruise ships to its shores. 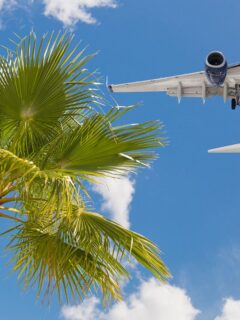 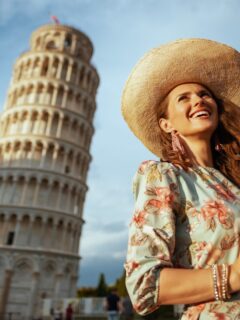 Next
IATA Calls For An End To All Remaining Travel Restrictions In Europe
Click here to cancel reply.