New Rules Make It Easier For Americans To Visit England

New travel rules officially come into place in England today, making it easier for American and Canadian travelers to visit.

What Are The New Travel Rules In The UK?

The three-tier traffic light system, which many have complained about, is being scrapped for a more straightforward system.

A single red list will remain, with the previous green and amber lists becoming the “non-red” list. The red list is expected to be updated later this week.

Anyone traveling from non-red list destinations who have been vaccinated in the UK, the EU, the US, or any of 18 other recognized countries can travel to the UK without a test.

From the end of October, travelers will no longer be required to take a PCR test on day two of their arrival in England and instead can take a lateral flow test. If the test is positive, they will need to isolate and take a confirmatory PCR test at no additional cost.

There are no changes to the testing or quarantine for unvaccinated travelers. They will still need a pre-departure and a PCR test on days two and eight after returning and must self-isolate for ten days at home.

Those coming from a red list destination like Mexico or Brazil must still pay to quarantine in a hotel for ten days at the cost of £2,285 for one adult.

All travelers will still need to complete a passenger locator form any time in the 48 hours before they arrive in the UK.

Transport Secretary Grant Shapps said: “We are accelerating towards a future where travel continues to reopen safely and remains open for good, and today’s rule changes are good news for families, businesses, and the travel sector.

“Our priority remains to protect public health but, with more than eight in 10 people now fully vaccinated, we are able to take these steps to lower the cost of testing and help the sector to continue in its recovery.”

The new rules announced apply to England. The devolved administrations are in charge of their own travel rules, but they have typically been mirroring what England does.

Scotland has said it will “align with the UK post-arrival testing regime” but has not announced further details, while The Welsh government said it had “concerns” about easing its testing regime.

The news is welcomed by the travel industry, which the restrictions have badly impacted.

Tim Alderslade, chief executive of Airlines UK, which represents UK carriers, said: “Things are moving in the right direction and the removal of these restrictions will make it easier and cheaper for people to travel.”

“They will be more confident if they book the holiday, they can travel safely there and be able to return in a transparent way, which is something they’ve not been able to do,” he said.

He said since the government announced the changes three weeks ago, his company had seen bookings more than double.

Top 5 Cities In England To Add To Your Bucket list 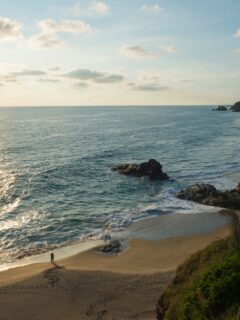 Previous
Top 7 Beaches On The West Coast Of Mexico 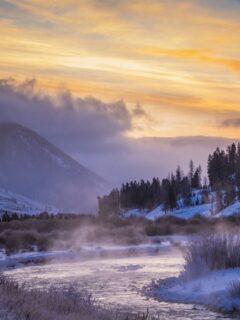 I am Canadian travelling from Canada to Spain with a transit in London England (2 hour transit ) i am fully vaccinated and I’m assuming I don’t need a covid test to enter England ? Anyone can confirm if I need covid test to transit in London ? (I know for certain I don’t need one for Spain) - also one last question, does anyone know if I have to pass passport security in England on my way to Spain ? Thanks I’m advance

Boris Johnsons way of trying to force everyone to take the vaccine.

so previously unvaccinated from green countries were not in quarantine when returning to UK, now coming from any country you have to quarantine 10 days :/

"Those coming from a red list destination like Mexico or Brazil must still pay to quarantine in a hotel for ten days at the cost of £2,285 for one adult."

This only applies to UK citizens right? As the only people who can enter from a red list country is citizens and those with residency rights.

Also, I read that the red list will be reduced from 54 countries to 9?