After several tough lockdowns, more than four million Covid-19 cases and more than 100,000 deaths, British travelers were relieved when May 17th came around and they were free to travel abroad once more. However, what should have been a celebratory moment in their battle against Covid-19 has in fact turned out to be a head-scratching one.

That’s because the UK’s travel system has come under fire from those in the travel industry, who have criticized it for its confusing nature, amongst other problems. Here’s a look at the issue, and why it has caused such consternation.

UK’s Travel System – In A Nutshell

In order to facilitate the safest possible return to international travel for the British people, the UK government implemented a traffic light system that saw countries assigned different color-coded categories depending on their Covid-19 risk level.

At present, the following countries find themselves on the UK’s green list:

What’s the Issue? Information For Travelers

A collection of airlines and holiday companies have launched an attack on the UK governments, branding their advice for foreign travel “utterly confusing” and accusing them of throwing away the success of the country’s vaccination program.

The development follows conflicting advice given by the British government towards amber-list countries. Whilst Prime Minister Boris Johnson said that travelers should not visit these countries, those in the industry claim that the traffic light system was never designed to regard amber countries as “no-go” destinations. Speaking on the matter, easyJet chief executive Johan Lundgren said:

“The traffic light system was there to make sure that there was a safe and sustainable plan to restart travel, and that’s why different restrictions were applied. Now there is different advice. We fly to amber countries, there are restrictions in place to make it safe to do so, and there is demand to do so.”

In a letter to the Prime Minister, industry bosses called upon the government to stick to the framework of the traffic light system. Some also accused the government of forcing travelers into a state of “moral confusion” about whether or not they should travel, and warned that the UK travel industry could not go another “lost summer”.

The confusion is set to be compounded in the coming weeks as the British government is considering adding holiday island destinations to the green list, whilst keeping the mainland of the countries in the amber list. This could see popular destinations such as the Canary Islands or Majorca moved to green, whilst mainland Spain remains in amber.

Countries that are open to everyone with no tests/quarantines

Spain to reopen for all tourists June 7 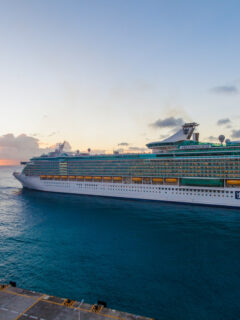 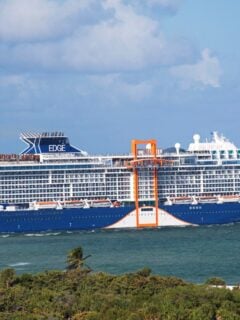 Next
First Major Cruise Line Will Restart Sailings From The U.S. In June
Click here to cancel reply.

It's an absurd situation! They only need 2 lights. Red for stop. Green for go.

Alas, the reaction from the opposition and the British media shows the divide between the British and the Americans. In the USA the Government via CDC publish advice and leaves it to citizens to make their choice. Whilst in Britain the Establishment view to remove free choice and ban things. We saw the same reaction after the Brexit referendum. Those with influence thinking they have more rights than the people. Very sad. This is not helped by both PM Johnson and President Biden wanting to be liked and deferring difficult decisions. It is ludicrous with the current vaccination rates in bith countries that they still ban or restrict travel between the two countries. A wise person learns from their adversities to make them wiser.